Railway station entrances to be upgraded as cities land £161m

The areas around both Nottingham and Derby railway station will be transformed after a joint bid for £161m of public money was successful, two city leaders have told TheBusinessDesk.com.

Speaking in the week after the Chancellor confirmed the cash in his Budget, both David Mellen, the leader of Nottingham City Council and Chris Poulter, his counterpart in Derby, outlined how they wanted to make their respective railway stations true gateways to the cities.

Mellen said: “We’ll be spending £20m on the area around Nottingham railway station. We want to make it a true entrance to the city for pedestrians around the Station Street area – and we want people to want to stay there when they arrive.

“We’ll be using the space around the station innovatively and went want to attract further investment into the area.”

“Our excellent transport network plays a big part in our ambitions for Nottingham to grow and thrive, and some of this funding will play an integral part in the transformation of the city’s Southside.

“This involves overhauling the current area for the better, from four lanes of stop-start traffic into a world-class pedestrian space for people to work, relax and play in. It will offer people a modern, flexible public space where families can enjoy spending time, while retaining the beautiful heritage of buildings along Carrington Street. The area will be accessed by great public transport links and deliver the sort of transformation cities like Nottingham should aspire to.”

Poulter added: “There has already been a lot of investment in the station at Derby, but we realise there is much more to do. The station is further out from the city centre than most and we’re trying to make it easier for people to navigate their way there with schemes such as the Castleward scheme and the regeneration of the former DRI site.” 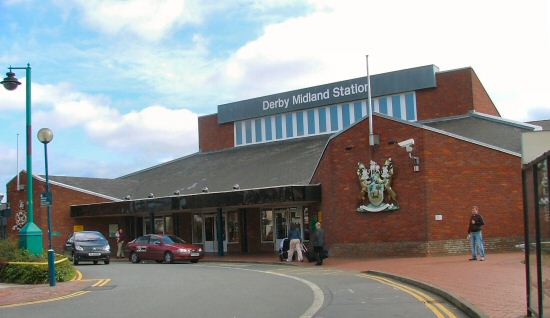 Other initiatives planned by the Derby and Nottingham include improving real time travel information, upgrading cycle links, increasing the number of park and ride sites and introducing electric buses in Derby.

The council leaders said their first priority was to ensure planning applications for the raft of improvements were brought forward as soon as possible.

“The Council has been determined to make this a truly ambitious bid, demonstrating that Derby is ready to transform transport across the city area and enhance the links between Derby and Nottingham, and we are absolutely delighted to have received the full amount of £161 million.

“The economic benefits will be huge for both cities because this level of investment offers us the opportunity to implement some really exciting changes, bringing mass transit to the city, and creating public transport innovations and transport experiences.

“A key part of the proposals, for example, is a dramatic expansion of sustainable travel options. These include a network of cycle lanes and an improved environment to encourage walking.

“The overarching ambition is to radically improve the connections between where people live and work, and provide better access to employment and training. As part of our commitment to climate change and improving air quality across our city, we have designed our programme to deliver significant reductions in emissions, encourage a more active and healthier population, and to support inward investment and regeneration projects.”

M1 closed in both directions after collision