Sixteen companies from the Midlands have won places on special Covid-19 edition of a league table of Britain’s fastest-growing private companies.

Sixteen companies headquartered in the Midlands, compared to nine last year, have won places in the table, including ten new entrants.

Their sales have grown by an average of 70% a year over three years to a total of £723m, all are profitable, and together they employ more than 5,100 people.

The figures largely relate to financial periods before Covid-19 struck.

The region’s top-ranked company is a new entrant, security fencing supplier Safe Fence (No 4), which is based in West Bromwich, and has grown sales by an average of 182% a year to £8.9m in the year to April.

It supplied fencing to NHS Nightingale hospitals and testing centres in the spring, and serves 20,000 customers including Network Rail. It was founded by former investment banker George Melhuish in 2016, when he was just 23.

Another new entrant is Solihull-based online lingerie retailer Lounge Underwear (No 5). It was also launched in 2016 by co-founders Daniel and Melanie Marsden, the latter one of 28 female founders on this year’s league table.

Its sales rose 162% a year to £13.8m in the year to March, and it shares the Blythe Valley Business Park as the location for its HQ with fitness clothing brand Gymshark (No 23), valued at more than £1bn in August when US private equity firm General Atlantic acquired a 21% stake.

The companies in the Midlands appear with businesses from around Britain, including BrewDog, the brewers, valued at more than £1bn, and beauty products manufacturer Tropic Skincare. Past star alumni include chip designer ARM, which featured in 1997 with sales of £16.7m and is in the process of being bought by American technology giant Nvidia for £31bn, and drinks maker Fever-Tree, which floated in 2014 at £154m and is now worth £2.9bn.

The Fast Track 100 is sponsored by Virgin Atlantic, BDO, DHL Express and N+1 Singer, and is compiled by Fast Track, the Oxford-based research and networking events firm.

Sir Richard Branson, founder of Virgin Atlantic and Virgin Group, which has supported Fast Track 100 for all 24 years, said: “While we are living in extremely uncertain and challenging times, there is one thing I am certain of: entrepreneurs are the dreamers, the doers, and the innovators that have the power to have a positive impact on society. There are so many inspiring examples of this on the Fast Track 100 league table showing this is just as true, if not more so, in 2020 as it ever has been.” 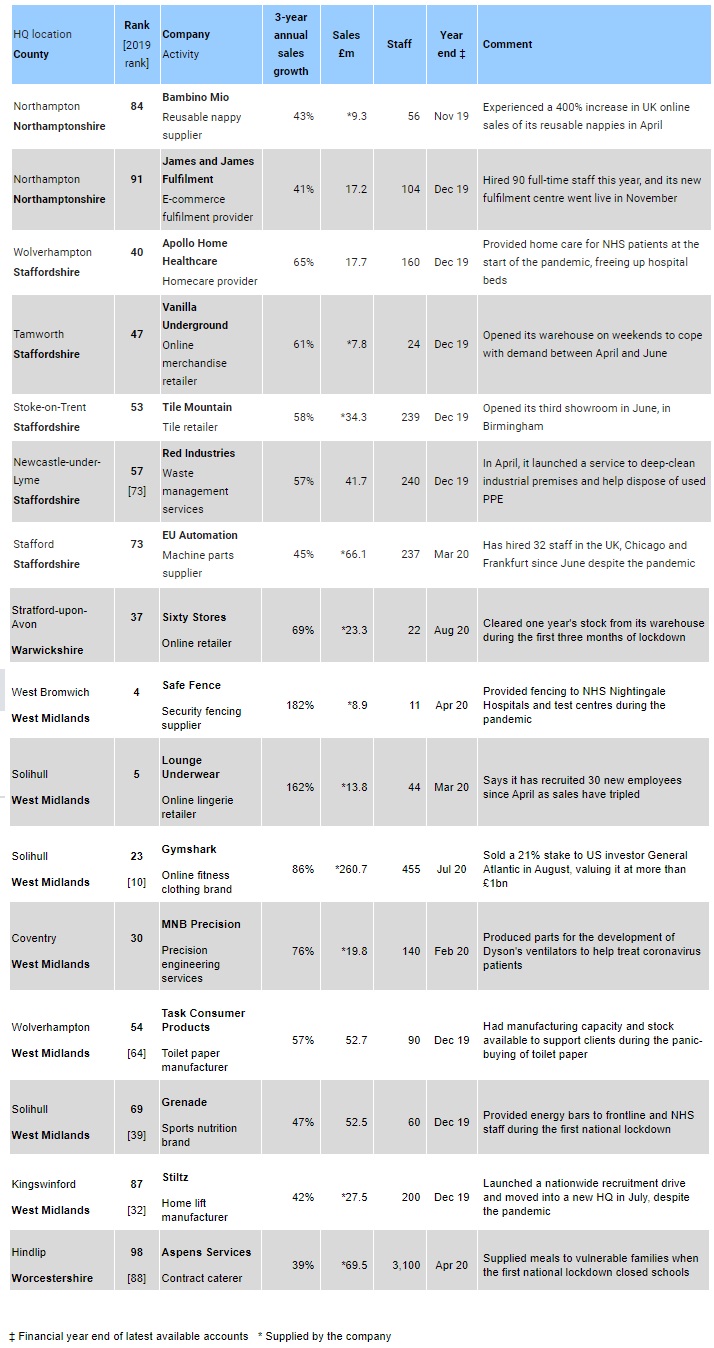 Chancellor states the economy is likely to get worse before it gets...