BakerBaird Communications has won its ninth PR Award in five years, claiming Gold for a campaign which helped secure £25m for Stapleford on behalf of Broxtowe Borough Council.

Co-founder Stuart Baird said: “From the outset we put the local community and businesses at the heart of the campaign: everyone including the council and MP Darren Henry really gave it everything, We also worked with an amazing design agency the Artful Dodgers who brought the vision to life.

“It’s fantastic to work on projects which will make a tangible difference to peoples’ lives.

“And it is wonderful to be judged by our peers, win awards and to do it year in year out. It’s incredibly important to both our clients and ourselves’ to set the bar high. This is our ninth over the years we’ve been operating and includes awards in Scotland as well.”

The company was formed in partnership with former Nottingham Post business editor Richard Baker and is based in Nottingham city centre but has delivered work across the UK, south east Asia, Africa, the USA, Middle East and mainland Europe. 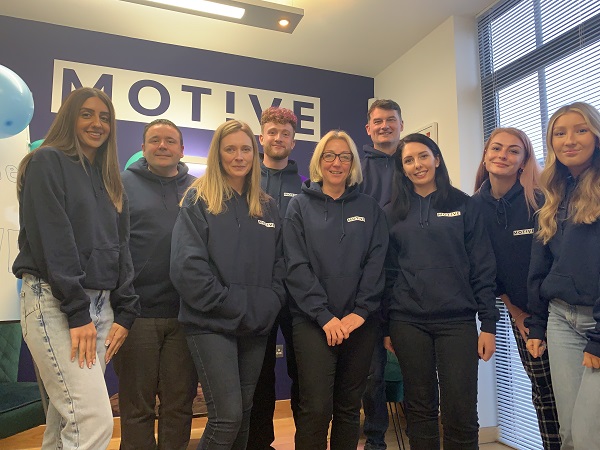 Nottingham-based digital PR agency Motive has been named as the Small PR Consultancy of the Year in the Midlands region by industry body the CIPR (Chartered Institute of Public Relations).

The CIPR judges cited the agency’s ‘brave and determined’ rebrand and focus on digital PR and e-commerce as the main reasons for the win along with growth of revenue and team.

Managing director Steve McComish said: “The past couple of years have been a challenge for everyone and we have had to embrace change and adapt to new ways of working.

“The fact that our work has gone from strength to strength and that we have managed to collect not one but three different industry awards is a testament to the hard work, skill and sheer talent of the Motive team.

“Our e-commerce focus has definitely helped us to grow during this challenging time as so many people have been shopping online over the last year and a half.

“We have seen many clients increase their marketing spend online and that has allowed us to grow and to offer ever more creative campaigns to get our clients noticed and increase their sales.

“It’s very rewarding to come through this time with a better and stronger team than ever before and I’m delighted the CIPR judges have recognised that by naming us as the Small PR Consultancy of the Year for 2021.”

Meet the Nottingham agency helping to keep the Winter Olympics...