Shares in Nottingham-based Morses Club slumped by more than 60% on Monday after the credit provider revealed a profit warning and the immediate departure of its chief executive.

Pre-tax profits will be up to 30% lower than expected and Paul Smith, who became chief executive in 2015, has been replaced by the company’s chief operating officer Gary Marshall.

Morses Club’s shares fell 63% during the day’s trading to close at an all-time low of 15.7p as shareholders reacted to the announcements. The company’s market value, which had been as high as £240m just three years ago, is now just £20m.

Morses’ departing boss had sold £198,000 of shares in the AIM-listed business on Thursday at an average price of 42.65p, with the company being informed of the sale on Friday.

Morses revealed the share sale, Smith’s departure, and the profit warning this morning. The company said it had “received no prior notification of the former CEO’s intention to deal”. 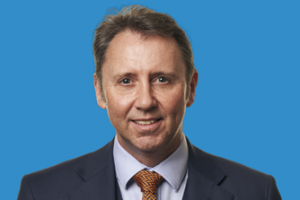 Morses’ share price closed on Friday at 41p, 55% below its peak last summer. In the months before the pandemic hit, its shares traded above 120p.

The sub-prime lender has warned the cost base of its home collected credit division has been hit by a “rapid increase” in claim volumes submitted via claims management companies.

The business, which has its headquarters in Nottingham and a large base in Batley, said the scale of these complaints means it expects costs will increase.

It now expects its adjusted pre-tax profits for the current financial year, which ends this week, will be “between 20% and 30% below” the current consensus of £7.5m.

Smith’s departure is the latest management change at the business. Its senior independent director Sir Nigel Knowles will become chair on March 1, a move which was announced in December.

Nine Midlands branches to close in bank’s latest wave of...

Transaction services team completed £3.5bn worth of deals in 2021