Home / East Midlands / Latest News / What Next for Nottingham Lunch: ‘We need the right ecosystem of large, small and entrepreneurial businesses’

What Next for Nottingham Lunch: ‘We need the right ecosystem of large, small and entrepreneurial businesses’

Nottingham’s economy is “buoyant” but work still needs to be done to create a business ecosystem fit for the future – that was the message at our “What Next for Nottingham” lunch on Thursday 23 June.

Assessing the general health of the city’s economy, Shaw said he believed things are moving in the right direction because “most businesses are trading strongly and there’s a fair amount of energy in the city.”

He added that, from Wright Vigar’s perspective, “the general pipeline of work seems pretty good” and described the city’s economy as “optimistically buoyant.”

Baggs agreed, citing the number of cranes around the city centre – particularly at the Island Quarter development – as a reason for optimism.

Although he agreed that Nottingham’s economy is “doing okay” and “in a good place”, Dorks sounded a note of caution.

He said: “The demise of the Broadmarsh centre is a challenge. Most of the cranes seem to be building student flats. I personally feel we should build for the long-term instead of concentrating on one sector.”

Lang said that one of the biggest questions the city faces is how to retain highly skilled graduates. “We have two fantastic universities”, he said, “but graduates tend to leave.”

Turning to the hot topic of Nottingham Forest’s promotion, the panel were unanimous in their verdict that the Club’s success will be a major plus for the city.

Baggs said: “With Forest going into the Premier League we’ll see an increase in the number of students coming into the city. Investors and developers wouldn’t be building if there wasn’t demand.”

Lang said: “The wider economy will receive a huge boost. We saw it happen in Leicester. This will put Nottingham on the global map. It’s given the city a buzz and it is bound to affect productivity at some point.”

Baggs added: “You can’t buy profile like that. It is amazing for the city. It presents an opportunity to show the corporates that align themselves with Premier League clubs what we’re all about.”

From the floor, Sam Crawford from Notts County Foundation posed the question: How can the city maximise the opportunities Forest’s success presents now given that the Club could be relegated next season?

Dorks said: “Once your name is in the stars people think of you as part of the elite. People now recognise Nottingham not just for Robin Hood, but as a vibrant city that’s moving forward. We have the potential to become the city of sport, tech, life sciences and professional services off the back of this.”

But can the city’s businesses still rely on a strong professional services sector?

Shaw: “Yes, frankly. The talent pool is still there and the infrastructure networks are all set up.”

Lang: “Kevin is right. Professional services firms also need IT solutions, and the city is able to provide them.”

Baggs: “It’s an interesting question, whether we need another big success story like Experian? In reality I think we need a mix of businesses.”

Dorks: “For any region to succeed you need to create the right ecosystem of large, small and entrepreneurial businesses.”

“Nottingham doesn’t have so many large companies”, he added.

“We’re looking for an 80,000 sq ft office in Nottingham and it’s pretty much impossible. Look at Leeds or Manchester. We need to create a big economic plan.” 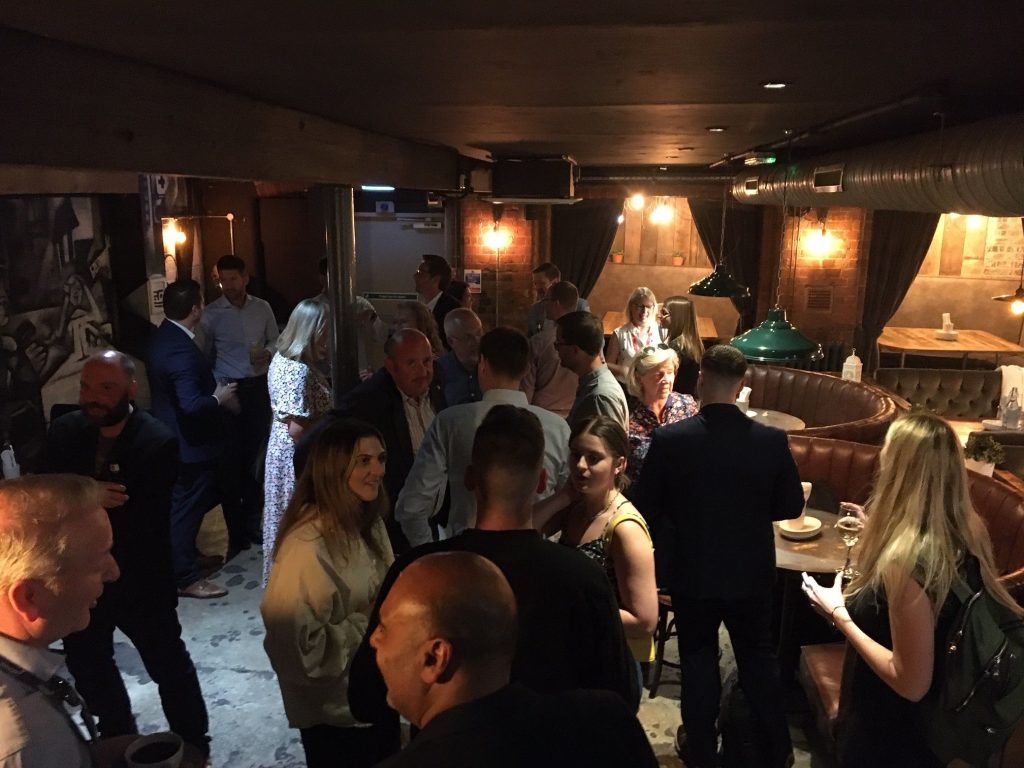 In conclusion, the panel turned to another key question: How important is the redevelopment of the Broadmarsh area and how long will it be before we get to see any improvements?

Dorks: “It’s probably going to be slow, so I hope the Council takes a longer-term view. If we get it right, given that we have one of the most integrated transport systems in the UK, there is a huge opportunity to create something good for the next generation.”

Louise Third MBE asked whether one solution to the city’s problems might not be to have a Mayor who would “talk about Nottingham all the time.”

He said: “Yes! Andy Burnham is a great example of someone who is building for the next generation. Also look at Middlesbrough. We need someone who is willing to put their head above the parapet.”

Thanks to Wright Vigar and our hosts Baresca.

Creditors of failed vehicle repair service set to miss out on £1.2m

Blue Light Card set to expand Down Under

Last chance to back Derby’s rail bid as deadline looms