At a press briefing this afternoon Health Secretary Matt Hancock has announced numerous changes to the tier system in England amidst growing hospital admission and the recording of 691 deaths due to the virus yesterday.

Tier four restrictions, the most severe, are being extended from 00.01 on Boxing Day (26 December) to include: Sussex, Oxfordshire, Suffolk, Norfolk, Cambridgeshire, those parts of Essex not yet in tier four, Waverley in Surrey and Hampshire including Portsmouth and Southampton but with the exception of the New Forest.

Alongside this Cheshire and Warrington, Northamptonshire, the New Forest, the Isle of Wight, Bristol, Gloucestershire, Somerset and Swindon will be escalated into tier three, while Cornwall and Herefordshire will move into tier two.

The health secretary also highlighted that the previous three tier system had worked with the earlier strain and was working in Northern England and that the move to a tier four was required to stop the spread of the new variant. 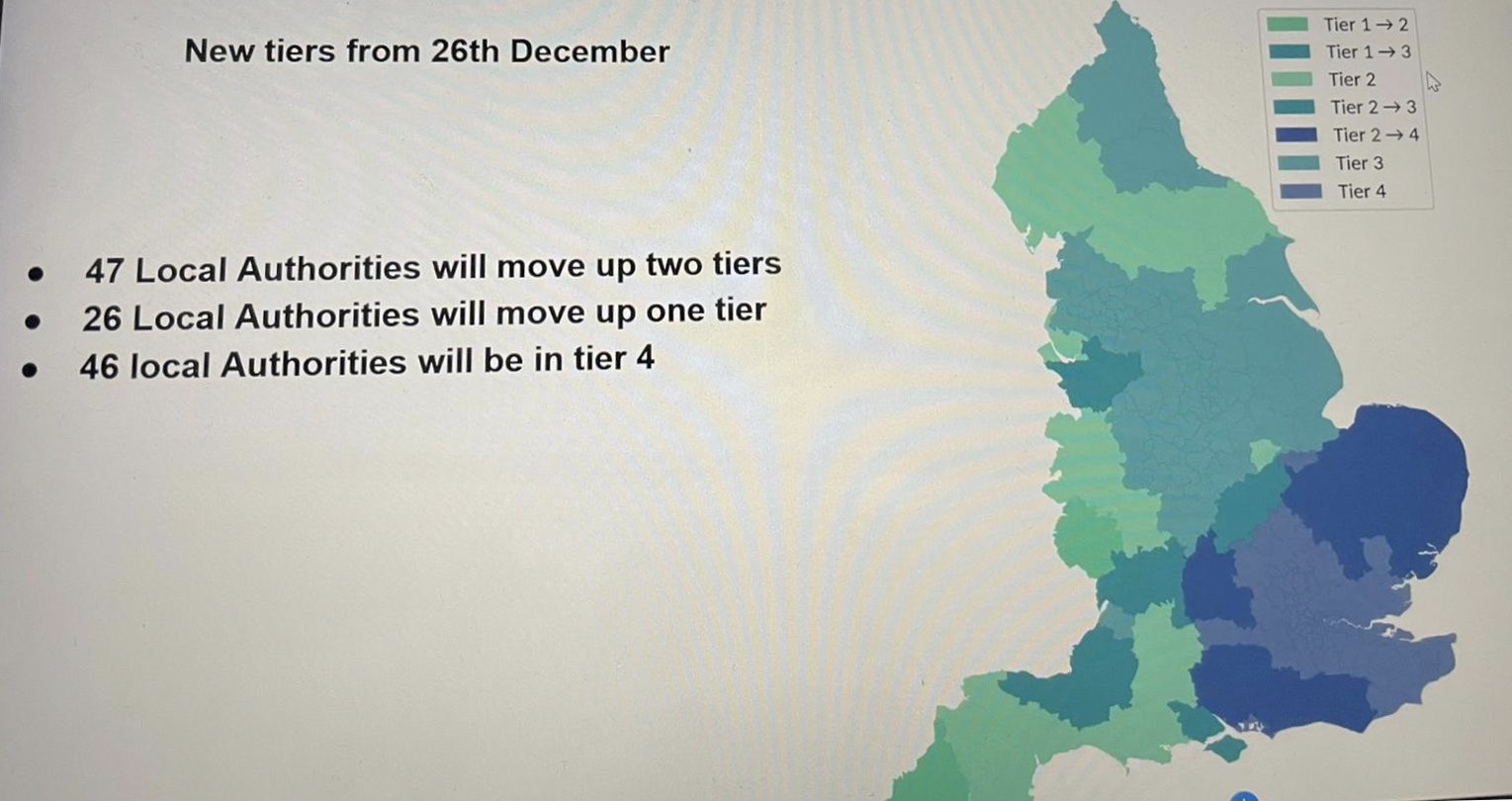