Legal practice Aaron & Partners has announced five key promotions across its two offices – including a new partner and three new senior associates – as it continues to grow across Cheshire and Shropshire.

Keith McKinney, who specialises in energy with a focus on consents for renewable energy development, has become a partner in the firm’s renowned planning, environmental, energy and regulatory (PEER) department.

Keith, who also advises clients on wider regulatory matters, is described by the industry’s leading guide, The Legal 500, as “exceptional” and listed as a ‘Next Generation Lawyer’.

“I’m incredibly grateful for the opportunities I’ve had whilst working at Aaron & Partners and it’s been fantastic to work with such a diverse and interesting range of clients,” said Keith.

“I’m looking forward to the new role I will play as a partner and to being able to support the firm in its continued growth.”

The firm has strengthened its team of senior associates with Ben Mason (employment), Bryony Cook and Chris Mitchell (dispute resolution and insolvency) all being promoted.

The Chester office also welcomes a new associate solicitor in the form of Paul Hennity (employment).

Nick Clarke, Aaron & Partners’ senior partner, said: “It has been a successful year for the firm, with both offices continuing to grow. Our people are fundamental to this success and this year’s promotions recognise the talent and commitment Keith, Ben, Chris, Bryony and Paul have demonstrated and I’m delighted for all of them.

“We are passionate about giving our people the chance to develop within the firm, so it’s extremely pleasing when we’re able to recognise development through promotion.”

Phil Brunkard was previously head of technology strategy and innovation at BT, and is a highly experienced digital innovation and transformation expert, both as a practitioner and an expert commentator. 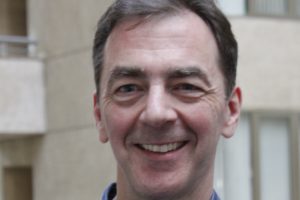 Dave Jones is a much-in-demand interim chief information officer across all sectors, with long career progression through senior industrial and commercial roles.

As well as a growing presence in the public sector, Republic of Things has responded to customer demand for data and analytics solutions in the increasing number of sectors and is currently also handling its first two export inquiries.

The company’s projects include data analysis of in-home people movement and environmental factors to inform national health and habitation best practices. In broader commercial markets, an asset management tool has been released, and research into motor performance is under way. 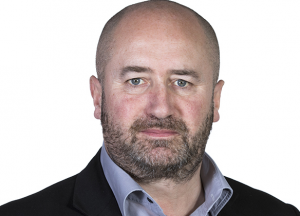 The company is currently gearing up resources and investment to respond to fast growing opportunities. Co-founder Malcolm Evans said: “Phil and Dave join us as we enter our decisive scaling-up phase.

“We are now rapidly spreading out by sector and solution. We aim to be globally significant players in the data-informed responsive world increasingly enabled by maturing IoT.”

The company is also currently converting to PLC status. It is not immediately seeking an IPO but is beefing up its governance, including today’s senior new non-executive director appointments, to match high level engagements and to move on seamlessly to the next stages of expansion.

Barristers’ set Kings Chambers has welcomed Oliver McEntee as it continues to expand. 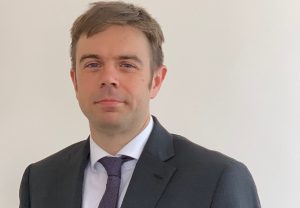 Oliver joins Kings Chambers following a career as an employed barrister in international firms in London, Singapore and Tokyo.

He acts in all areas covered by the business and property team and has experience of arbitration, general commercial, construction and engineering, fraud, post-M&A and joint venture matters.

Head of chambers, Nigel Poole, said: “After a varied career as employed counsel at leading international law firms in Japan and Singapore, we are delighted that Oliver has chosen to return to the UK and develop his practice with Kings. His vast international experience dealing with high value and complex disputes will further enhance our growing reputation at home and abroad.”

Oliver McEntee added: “It is exciting to be joining a set with such an enviable reputation, working alongside some of the best barristers in the UK.

“I’m looking forward to further strengthening and developing my areas of practice with Kings Chambers.”

Kings Chambers is based in Manchester, Leeds, and Birmingham. It is ranked ninth in the country in the most recent Chambers UK Bar Guide.

Professional services advisory firm, Oakwood Corporate Services, has bolstered its senior management team with the recruitment of a partner from Weightmans.

Altrincham-based Oakwood provides company secretarial, company formation and compliance services and acts for clients across the globe including General Electric and Thermo Fisher Scientific, as well as listed British firms including Countrywide, JD Sports and MoneySuperMarket.

Mike Yardley has been appointed associate director at Oakwood. He brings more than 30 years’ experience of legal practice with firms in London and Manchester, advising on the financing aspects of corporate transactions.

Mike joins from top national law firm, Liverpool-based Weightmans where he was the firm’s legal counsel and a partner in its risk and compliance team.

Prior to this Mike was head of Weightmans’ banking and finance team. He also spent seven years at the College of Law – now the University of Law – in Chester as a senior lecturer in business law. 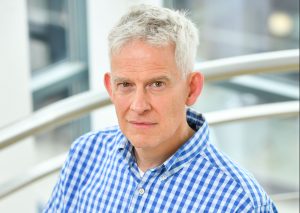 During the 1990s Mike worked at international business law firm Addleshaw Goddard with Oakwood founding director, Michael Harris, who said: “It’s fantastic to be working alongside Mike again, 20 years after initially working together.

“We’ve kept in touch over the years and the time was right for Mike to join our senior management team.

“To have recruited someone of Mike’s calibre with his experience and expertise is a real coup for the business. His impressive track record and fantastic reputation in the region will be a real benefit to our clients.”

Mike Yardley said: “I’m thrilled to be joining the Oakwood team. The firm’s emphasis on delivering first class advice and a personal approach has earned it an enviable reputation. My role will see me mentor and develop the team at Oakwood and focus on our growing portfolio of clients.”

Mike’s appointment follows hot on the heels of the appointment of Lauren Cavanagh, who joined Oakwood as an associate director in April, having previously been a legal director at global law firm DLA Piper.

Wash Studio is a multi-award-winning creative agency based at Artistry House on Preston’s Winckley Square.

Julie joins the company following a successful career including more than eight years in-house at L’Oreal followed by in excess of four years at Workology.

She said: “People always say it’s an exciting time to be joining a company where they’ve started, but in Wash’s case it really is true.

“In Lancashire they are currently in a league of their own in terms of the creative work they are delivering and the brands they are working with. Their base at the Artistry House on the revitalised Winckley Square is a creative hot-bed and a truly inspirational place to work.

“Building on their recent awards success, my role involves engaging and developing relationships with further big brands nationally and locally for whom we can deliver truly inspiring and transformational creative campaigns.” 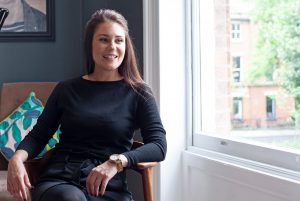