Josh is no stranger to the JDG office having completed five weeks on work placement back in 2018 while studying sports journalism at the University of Chester.

Having graduated this Summer he returns to the business full-time on a media and marketing internship, in partnership with the university and Santander.

Fellow graduate Rebecca has joined in a marketing executive role, which she will combine with her Masters studies.

A keen hockey player, Rebecca will be leading on a JDG project in the world of hockey, as well as helping to develop the business by building relationships and representing the company at events and exhibitions.

JDG managing director, James Gordon, said: “We are delighted to be able to give both Josh and Rebecca their first graduate jobs after university and hope that this is the start of long and successful careers in sport.

“We have known Josh for a couple of years and he showed during his placement with us his capabilities, and as such it was a no-brainer to bring him in full-time and see how he can develop with our team working on clients’ and internal projects.

“Though Rebecca has a background in sports science, her passion and knowledge of sport was something that I was keen to bring in to the business, which will give us the opportunity to learn off her, but give her the chance to experience something new as well as build contacts in the industry for her advantage moving forward.”

Dalriada Trustees, one of the largest providers of independent professional trustee services to pension schemes in the UK, has appointed Vassos Vassou and Chris Roberts to its board of directors.

Between them Vassos and Chris bring more than 40 years of pensions industry experience to the Dalriada board and, as heads of the London and Manchester offices, respectively, will continue to play a lead role in the development of the business strategy across both offices.

Chris joined Dalriada as a professional trustee in 2011, originally working in the Glasgow office. He relocated to Manchester in 2015 to establish Dalriada’s presence in the North of England.

He has overseen the growth of the Manchester office and now manages a deep and experienced team of pension professionals operating across the North West and beyond.

Prior to Dalriada, Chris held administration management positions at the Church of England and HSBC. He brings almost 20 years’ experience to the board of directors. 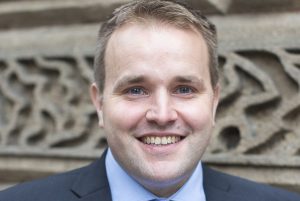 Tom Lukic, chair of the Dalriada board, said: “The appointment of Vassos and Chris reflects the valuable contributions both have made and the plans we have to further develop our business going forward.

“As the heads of our London and Manchester offices they have played a key role in helping us cement our position as one of the largest, multi-skilled professional trustee firms in the market and I am delighted to welcome both to the board.”

Chris Roberts said: “The Dalriada ethos is centred around rewarding and interesting careers for pension professionals. The business has allowed me to develop from an initial junior position into being a key member of the management team.

“This journey encapsulates our values and I welcome joining the board of a dynamic business which empowers its staff to act for the benefit of clients.”

DC Advisory has doubled its team in Northern England with the addition of eight new hires in the past 12 months into its Manchester office.

New hires include Anthony Greensmith as vice chairman, previously of Montagu Private Equity, Andrew Claymore as managing director of financial services in the UK, Rob Jones joins to head up the capital advisory offering across the North of England, and Ben Jones as origination lead for the Manchester office. This is in addition to four junior members joining the team including Luka Hennin, Charlie Tuttle, Tom Street and Jimmy Warburton. 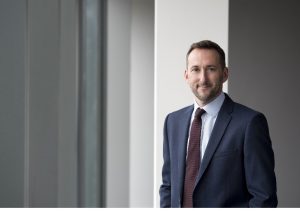 The firm said its hires are unsurprising given recent studies which show that Manchester has more private equity firms with permanent staff than any other city in Europe, apart from London, with 16 funds now situated in the city targeting investments in companies with a £5m+ EBITDA.

Previously known as the heart of industrialism, Manchester has successfully modernised with manufacturing adapting to now include elements of technology and services, which has opened new avenues for investment in the area.

Richard Pulford, DC Advisory UK managing director, said: “Manchester is one of the leading areas for PE investment in Europe and in order to continue to provide the right advice for our clients, strategic hires were needed to meet demand. 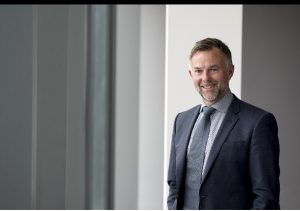 “This growth ensures DC remains a key player in the mid-market space and utilises deep sector knowledge to provide seamless advice to our clients.”

Growth is the word of the year for DC Advisory globally, with the acquisition of two boutique investment banks in the US last year and Spanish investment bank Montalbán in January 2019.

The firm also launched a Milan-based office at the beginning of September, appointing Alberto Vigo, previously of Mediobanca, as country lead, and Giuliano Guarino, previously of Lazard, as managing director.

Whittaker has more than 35 years’ utilities experience, including six years as a director at Freedom Group.

As technical director he is responsible for implementing robust legislative and technical processes across the business. He will also be responsible for directing onsite technical operations across electricity, gas, water and district heating projects.

The appointment follows a period of sustained growth for the business, including a number of recent site wins, new hires and being awarded its Independent Gas License expanding the business’s multi-utility adoption offering. 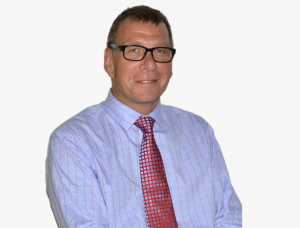 Managing director Louise Manfredi said: “Peter is a fantastic addition to Leep Utilities’ senior management team, bringing with him a wealth of knowledge from leading on complex programmes throughout his career.

“With a proven track record of unifying multiple disciplines, Peter will be a real asset to Leep as we continue to grow.”

Whittaker added: “I’m delighted to be joining Leep Utilities at such a significant time for the business. I’ve been really impressed by Leep’s commitment to providing a flexible and adaptable utility adoption offering to clients. Having the chance to take an active role in the business’s expansion is an exciting prospect.”

Salford-based Leep has recently been awarded contracts to energise landmark sites across the UK, including Liverpool Waters and Wood Wharf, the Canary Wharf Group’s New District.

Leep Utilities was formed as a joint venture between Ancala Partners, an independent investment management firm and The Peel Group, one of the UK’s leading private real estate investment and infrastructure companies.

This is yet another newly-created role within Blackburn-based Haydock which has been brought about by the continued fast-paced growth of the company’s asset finance portfolio.

Andrew’s experience in the industry stretches 17 years. Having first worked at Alliance & Leicester’s commercial finance and then, up until September of this year, with Santander UK where he held the position of asset manager for nine years, directly responsible for a wide and diverse own-book portfolio of assets.

In his role at Haydock Andy will be responsible for determining a clear asset strategy along with the management, compliance and valuation of all assets financed by the company. 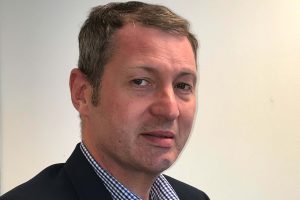 He will work closely with a number of stakeholders within the business including credit underwriting, collections and relationship management teams.

Andy Roberts, said: “This newly-created opportunity to join a highly-respected and expanding business in the hard asset space was one I couldn’t ignore.

“I am very much looking forward to contributing towards asset strategy at a time when Haydock embarks on a period of significant expansion, growth and diversification.”

Ian Barr, credit and risk director, said: “We are delighted to have Andy join our team. He brings with him a wealth of experience and a blend of technical, stakeholder engagement, financial and project management skills to assist us as we define and deliver a clear asset management strategy which, in turn, will underpin business growth and mitigate operational risk.”