An experienced banking expert has joined Cheadle-based loan and mortgage provider Together to lead its professional sector and auction teams as the specialist lender bolsters its presence across the UK.

Sean Williams, 52, who spent more than three decades with the Yorkshire Bank, takes up his new role as head of field sales with Together this month.

He will be responsible for the professional sector team of experienced development directors operating in regions across the UK, helping entrepreneurs and SMEs realise their business ambitions.

Sean will also lead the lender’s auction team, which provides finance for landlords and investors buying residential, commercial and semi-commercial properties through some of the country’s largest auction houses.

He said: “I can’t wait to get started. I have long been familiar with the business and its impressive growth trajectory, as well as the strong customer ethos and culture that underpins it – and I have a lot of admiration for what’s been achieved so far.

“It’s a fast-paced and dynamic organisation and I’m looking forward to helping realise its great ambitions for the future.”

The father-of-four from Penwortham, near Preston, started his career with Yorkshire Bank in Halifax in 1983 as a 16-year-old clerk and worked his way up through the ranks.

Before joining Together Sean has previously led a corporate and commercial team and was most recently the regional head of customer banking for CYBG (Clydesdale and Yorkshire Banking Group) in Manchester and the North West.

In his last position he led a multimillion-pound landmark project to open B Works, a flagship SME hub, retail store and financial lifestyle space on Market Street in Manchester city centre.

Sean decided to leave CYBG when it rebranded as Virgin Money UK late last year. He said: “It was a huge decision to leave the organisation having been there all of my career, but I was ready for a new challenge and I’m relishing taking up an exciting new growth opportunity with Together and working with a great team.”

Sean will report to Chris Baguley, commercial managing director at Together, who previously worked alongside him at Yorkshire Bank.

Chris said he was delighted to welcome Sean to the business: “He brings a wealth of knowledge and experience to his new position, having worked in senior banking with CYBG for many years. This will help him support and grow our commercial business, which has seen tremendous success over the past few years.”

Sean is a non-executive board director of business development organisation pro-manchester, and sits on the partner advisory panel of GC Business Growth Hub.

Edinburgh-based tax relief specialists ABGI UK have announced a number of new appointments including Christine Evans, who joins in the newly-created role of national sales manager.

Based in the Wirral in Merseyside, Evans takes on a UK-wide role covering all regions. She will work with the company’s network of business development managers with the support of ABGI UK’s director of sales, Chris Anderson, in helping further grow the company’s client base across the UK.

She joins after a successful 20-year career in medical device sales working with a number of established global names, including CR Bard, Maersk Medical and Boston Scientific. 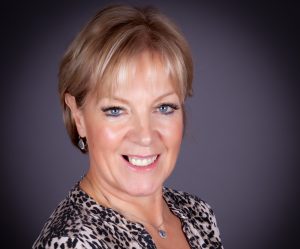 Eloise takes on her role after completing a Master’s degree in chemical engineering at University of Edinburgh.

French-based Visiativ Group launched ABGI UK in March following its acquisition of R&D tax relief advisers Jumpstart. These latest appointments follow the announcement from earlier this month that the Jumpstart brand would be retired and moved under the ABGI UK banner to align it with international group strategy.

ABGI UK chief executive Scott Henderson said: “I’m very pleased to welcome our new recruits, including Christine, which are part of ABGI’s investment into the UK operation. Christine’s role is newly-created, designed to facilitate further growth to our business across the nation.

“She brings a strong sales pedigree with a wealth of client management experience and a number of highly-transferrable skills that will benefit our sales operation. I look forward to working closely with her as well as Tony and Eloise as we continue to expand our client base throughout the UK.”

Construction firm Morris & Spottiswood has strengthened its team in the ‘Northern Powerhouse’ region with the appointment of a new business development manager.

Charlotte Glover has joined the business, which specialises in refurbishment, fit-out and mechanical and electrical (M&E) engineering, in a position intended to drive fit-out and refurbishment projects within the North of England.

She has worked in the construction industry for the past five years, bringing with her experience of working across construction services including fitout and M&E.

Charlotte will work for the company’s Fit-out England division, operating from its offices in Warrington and Leeds.

The appointment aligns with Glasgow-based Morris & Spottiswood’s 10-year strategy to grow its group turnover to £150m by 2026.

Chief executive John Dunwell said the appointment was part of a strategy to build on success the business has already enjoyed in the region.

He said: “Fit-out England has a clear strategy for sustained growth in the North of England. Our strategy has been bolstered by recent framework wins with Pagabo, Crown Commercial Services and Procure North West (Lite) and the delivery of high calibre projects such as Sky Garden in Leeds city centre. 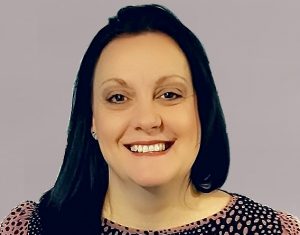 “Charlotte brings with her an enviable amount of connections and a wealth of knowledge in the construction sector, which we believe will help us continue to drive forward, building trust and repeat business.”

Charlotte, who came to Morris & Spottiswood through existing relationships, will primarily focus on the Manchester and Leeds areas.

She will focus on the private sector with the aim of securing commercial office contracts, drawing on the contacts she already has in the North while also supporting the public sector pipeline.

Charlotte said: “I know Morris & Spottiswood has a great reputation with a strong pedigree and back catalogue of projects, so I knew this would be a great place to work.

“The company’s strength in Scotland is being replicated in England, and I look forward to contributing to the growth of the company in the Northern Powerhouse region.”

North West marketing communications and advisory firm Freshfield has bolstered its PR and content team with the appointment of Adam Ogden.

He joins the Preston and Manchester-based firm as PR and content manager after more than six years in comms for Blackpool Council, most recently as media manager.

While at the authority he led a campaign to improve sea water quality which included representing all local authorities in England at a national level alongside the Local Government Association and Defra.

A graduate of the University of Central Lancashire’s respected School of Journalism, Adam’s other previous comms roles include Burnley Council and the Environment Agency.

He also spent seven months working as a digital marketing consultant for a charity in Melbourne, Australia, during a two-year career break to go travelling. 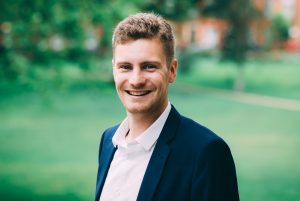 “His journalism training and previous roles have given him significant expertise in dealing with the media and managing complex communication issues.

“This experience will be invaluable to our clients who turn to us for advice in communicating major business or organisational changes.”

“It’s great to be joining an agency that looks after its employees and gives them the right environment, training and support to succeed.”

Manchester cloud hosting and data centre operator TeleData has strengthened its sales team with the appointment of Chris Marsh as head of sales.

With 20 years’ experience in the technology industry Chris has previously held roles with Manchester-based tech firms UKFast and Melbourne (now Iomart), and has spent the last two years working on his own project to act as a brand ambassador in order to help local tech and digital marketing companies to grow.

TeleData commercial director Matt Edgely said: “2020 is set to be a big year for TeleData, with recent investments into energy efficiencies, security and our new cloud hosting platform, CloudActiv, set to come to fruition.

“As cloud services adoption continues to grow at a rate of knots we hope to see the business go from strength to strength and Chris’s experience in the industry will be invaluable as we embark upon this next stage in our growth journey.” 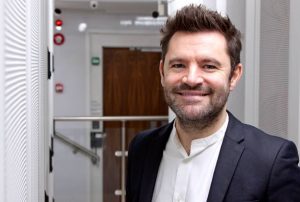 Chris said: “Matt and I have crossed paths many times over the years in the Manchester hosting industry, and when he told me the plans to grow the TeleData offering with new products and cloud services, I could immediately see the potential. It’s a very exciting time to be joining the team and I’m looking forward to helping the organisation grow.”

Based in Wythenshawe, TeleData has recently invested a six figure sum into its CloudActiv platform, which provides customers with resilient cloud hosting and effective disaster recovery of business-critical data and applications, as well as £1.5m investment into energy efficiencies and more than £100,000 into advanced security technologies.

NP11 and partners put culture at the heart of recovery with...