Formalised this morning at a press conference at Cultureplex in Manchester, the new two-year partnership agreement between the two cities includes the sharing of best practices in tourism marketing and working with Virgin Atlantic to stimulate reciprocal travel.

“New York City is one of the top tourism destinations in the world and to be able to align ourselves with a city that we have so much in common with – especially in respect to being open, diverse and welcome destinations – is a huge coup and speaks volumes about Manchester’s increasing global profile.

“Marketing Manchester has been delivering strategic and tactical marketing in the USA for many years and this formal partnership – based on an agreement to share insights and intelligence, connections and collaboration opportunities and access to media infrastructure – is particularly significant as Virgin Atlantic will this year increase capacity by 65% on their non-stop flight to/from Manchester Airport/John F Kennedy International Airport.”

Fred Dixon added: “It’s a pleasure to announce our newest tourism marketing partnership with one of the United Kingdom’s most important Northern England cities. 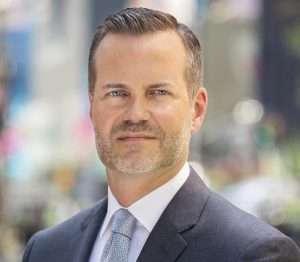 “Both destinations are capitals of diversity and iconic hubs of arts and culture, sports and media. We believe there is outstanding potential to further develop joint tourism opportunities between Manchester and New York City.

“We look forward to collaborating with Marketing Manchester, Manchester Airport and Virgin Atlantic to further solidify this new alliance and, in so doing, welcome more visitors to our welcoming urban destinations.”

Now flying its largest aircraft on the Manchester to JFK route, the Boeing 747 Virgin Atlantic is increasing capacity out of Manchester to New York by 65% this Winter.

Virgin Atlantic is also excited to announce it will debut its iconic Clubhouse lounge in Manchester for the first time this Spring.

With à la carte dining and a full-service bar, quiet working spaces and a spa, upper class customers and gold card members can relax and rejuvenate before their flight.

Juha Jarvinen, chief commercial officer at Virgin Atlantic, said: “We’re incredibly proud to be part of this partnership and look forward to working with NYC & Company and Marketing Manchester to drive more customers travelling between Manchester and New York City.

“Growing our presence in Manchester is a huge focus for us and with additional services to Orlando, Barbados and Las Vegas we’re committed to offering customers more options than ever before from our home in the North.”

The city-to-city partnership includes the sharing of best practices in tourism marketing and destination management, including strategy around arts and culture, sports, and LGBTQ+ travel.

New York City and Manchester will also exchange marketing assets worth $500,000 in each destination.

New York City will utilise digital billboards on Manchester’s main roads, courtesy of Ocean Outdoor and across TfGM (Transport for Greater Manchester) to promote the destination.

Manchester will have bus shelters and Link NYC digital screens throughout New York City to promote its tourism message as well.

The Metropolitan Museum of Art and American Museum of Natural History will both commemorate 150th anniversaries, while the New York Botanical Garden in the Bronx will debut the first large-scale exhibition of Japanese artist Yayoi Kusama’s engagement with nature, including new works created specifically for the exhibit. 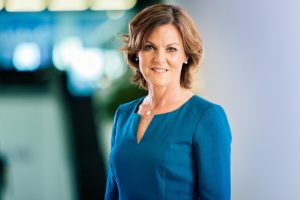 The new Apollo Performing Arts Center in Harlem will debut in Autumn, 2020, marking the first physical expansion of the theatre in its 85-year history.

Additional 2020 developments include the observation deck Edge at Hudson Yards and the 50th anniversary of the New York City Marathon.

New York City has the most active hotel development pipeline in the United States, with approximately 123,000 hotel rooms currently and another 20,000 rooms on the way.

For Manchester, 2020 represents a significant cultural shift for the city with more than £200m of investment bearing fruit with the opening of a new special exhibition gallery at the Science and Industry Museum, the reopening of Contact and Octagon theatres after significant upgrades, the expansion of iconic music venue Band on the Wall, the rebirth of iconic Wigan Pier, and the phase one opening of Europe’s biggest heritage gardening project, RHS Garden Bridgewater.

Furthermore, the city’s food and drink scene will continue to flourish with the boutique, 40-room Stock Exchange Hotel offering food by acclaimed British chef Tom Kerridge, London’s Street Feast due to arrive in the city, and food tourists flocking to Ancoats to visit Mana, Manchester’s first Michelin-starred restaurant in more than 40 years.

Meanwhile, Hotel Brooklyn will make a splash when it opens in Spring, while several rebrands will see The Edwardian Manchester, Hyatt Regency Manchester and Hyatt House, and a new Kimpton join the city’s booming hotel scene, aided also by the introduction of several new US brands including Hampton by Hilton and MOXY by Marriott.

All of this will be closely followed in 2021 by the opening of several new galleries at Manchester Museum, a new wing and restructure at Manchester Jewish Museum, and arguably one of the most significant cultural projects in Europe when The Factory, a highly-flexible new arts structure designed by world-leading architects OMA, founded by Rem Koolhaas, opens.