Residential director at Glenbrook, Shannon Conway, takes the regional role for the national property and construction industry lobbying and networking organisation from March 1.

Shannon has been a member of Women in Property for four years and has been active on the regional committee.

In her forthcoming year, Shannon will help grow the work Women in Property has been doing across the country, addressing workplace issues including flexible working patterns, mentoring women at all stages in their career, supporting women returners and mental wellbeing.

Glenbrook has most recently secured planning consent for 280 apartments at Salford Quays to be delivered in partnership with Clarion Housing Group.

Shannon said: “Great strides have been made in this industry, but we know work still needs to be done to challenge stereotypes, celebrate diversity, champion role models and achieve a more balanced workplace.

“Through Women in Property, we are able to use our influence to help businesses make cultural change, which ultimately benefits everyone.”

Ian Sherry, director at Glenbrook, added: “We are hugely supportive of Shannon as she takes on the role of chair of Women in Property for the North West. We are great advocates of greater diversity in the industry and we look forward to working with our peers across the region to support Shannon’s efforts.”

Forbes Solicitors has appointed Rebecca Cowdy as an associate solicitor in its dispute resolution team.

Rebecca, who will be based in central Lancashire, deals with contractual disputes, debts and personal and corporate insolvency.

She also specialises in enforcement work and costs applications such as obtaining non-party costs orders – this allows companies and individuals to recover money post-judgment, including looking to recover from those who may not be named in proceedings but who may have a controlling interest. 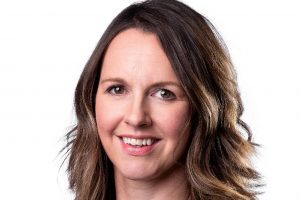 Rebecca said: “I am delighted to be joining such a well-respected and talented team and hope my experience will further enhance the wonderful service that Forbes offers to its clients.”

Michael Chambers, partner and head of dispute resolution at Forbes, said: “Rebecca has a fantastic track record and is a great addition to our team. She prides herself on building a good relationship with her clients and offering services relevant and proportionate to their needs, which fits perfectly with the way we operate.”

Forbes has more than 370 staff, including 43 partners and 10 offices in Lancashire, Leeds and Manchester.

Kate Salt and Simon Quin have been appointed as relationship directors, with the remit of supporting and growing the bank’s portfolio of SME customers in Greater Manchester and the surrounding area.

The appointments form part of Lloyds Bank’s commitment to build on its already considerable footprint in the North West and follows the recent expansion of the region’s business development team.

Simon joins the Manchester team with a wealth of experience, having previously supported the bank’s customers with their working capital, cashflow and global trade management issues, across roles in commercial finance, international trade, and SME banking.

Meanwhile, Kate will be building on her 10 years of established experience as a healthcare relationship manager, expanding her role to deliver specialised support for healthcare clients across the North West. 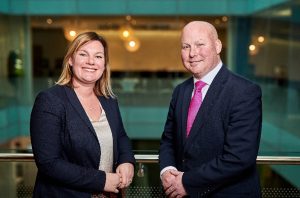 Together, the pair bring with them almost 30 years of experience in the banking sector and will work alongside businesses with turnovers ranging from £3m to £25m as they look to achieve their growth ambitions.

They join a team of 10 relationship directors and managers that work with businesses across all sectors in Greater Manchester.

“It’s vital that firms can work with advisors that truly understand their sector and the challenges they face in order to realise their growth ambitions, and Kate and Simon have been instrumental for many firms in that respect.”

He has joined the company following four years of working in the residential sector in London, primarily concentrating on the Royal Borough of Kensington & Chelsea market.

An old boy of Merchant Taylors’, he recently returned to the North West, completing a RICS-accredited MSc in Real Estate at Liverpool John Moores University in 2019. 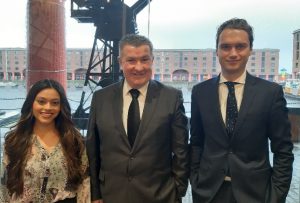 At the same time, Jessica Mistry has started working in Liverpool. Jessica has been with the company for three years working in the Leeds office. She is a specialist in development viability, heritage and valuation.

Andy Delaney, director of the Liverpool office, said: “I am delighted to welcome James and Jessica to the office. We have been open for six months in Liverpool and we have picked up an encouraging range of regeneration and development instructions across the North West.

“The new Government has promised to rebalance the economy, HS2 has been confirmed and regeneration is firmly back on the agenda. The addition of James and Jessica will enable us to grow the team’s presence across the North West – advising both existing and new public sector, developer and land-owning clients.”

Aspinall Verdi was established in 2009 and has grown with three offices based in Leeds, London and Liverpool.