Preston-based life insurance firm Chesnara today announces the retirement of Peter Mason as chairman, and the appointment of Luke Savage as non-executive director and chairman, with immediate effect.

Mr Savage will also serve as chairman of the company’s nominations and governance committee, and as a member on its remuneration committee.

A highly experienced Plc director, largely in the financial risk and insurance sectors, he previously served as a director and chief financial officer of Standard Life Aberdeen from 2014-2017 and for 10 years prior to that as director of finance and operations at Lloyd’s of London.

He is a qualified Chartered Accountant (ACA from ICAEW).

Jane Dale, senior independent director, said: “I am delighted that we have been able to recruit Luke as our next chairman upon the retirement of Peter.

“His credentials in the insurance and risk markets are superlative and he will bring this level of expertise to bear on both Chesnara plc and the wider group.

“Under Peter’s time at the group, Chesnara has expanded into Sweden and the Netherlands and delivered 14 years of unbroken dividend growth.
“We are very grateful to Peter for all his hard work since being appointed to the board in March 2004 and as chairman in January 2009. We wish him a long and happy retirement.” 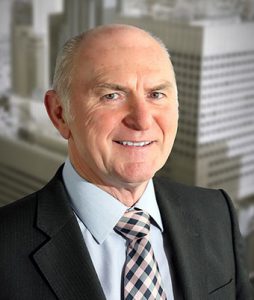 Luke Savage said: “Chesnara is a very well placed and successful group operating in the life and pensions markets in its established segments of the UK, Netherlands and Sweden.

“I am excited to be taking on the role of chairman at this stage of the company’s development and look forward to working with the board and our strong management team lead by group chief executive John Deane, to continue the delivery of value to our customers, shareholders and wider stakeholders.”