The UK economy declined by more than 20% in the second quarter of 2020 as the lockdown pushed the country into recession for the first time in 11 years.

It is the biggest drop ever recorded, confirming the scale of the economic challenge that the country now faces.

The economy had shrunk by 2.2% in the first quarter, affected by the global pandemic and the start of the lockdown. A recession is defined as two consecutive quarters of falling gross domestic product (GDP).

The monthly GDP figures offer a note of optimism as in June GDP increased 8.7%, which was ahead of forecasts. However the huge number of job cuts already announced across a range of sectors, even before the furlough scheme ends in October, points to a difficult and uncertain recovery ahead.

“This confirms the economic pummelling from the essential public health measures put in place to contain Covid-19,” said Alpesh Paleja, lead economist at the CBI.

“Encouragingly, the economy grew in May and June, indicating that the early stages of a recovery are underway. Yet cashflow constraints are still biting hard for businesses, and with the pandemic not going away anytime soon, a sustained recovery is by no means assured.

“The dual threats of a second wave and slow progress over Brexit negotiations are also particularly concerning, underlining the need for maximum agility from Government on both these issues, allowing a greater focus on the economy’s long-term future.”

Laura Suter, personal finance analyst at Manchester investment platform AJ Bell, said: “News that the UK has officially fallen into recession doesn’t come as a surprise, but the scale of the retraction in the economy means it’s the largest UK recession ever. 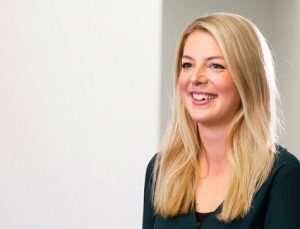 “The UK economy shrank by 20.4% in the second quarter as the country fell into lockdown and businesses shut their doors.

“The figure for June is key, as we all knew that lockdown measures would have a big impact on the economy, but what we still don’t know is how quickly the UK will rebound.

“Figures showing GDP growth of 8.7% in June are encouraging – albeit this is coming from a very low base after the falls in May and still sits far below the pre-COVID figures from February.

“But July figures are expected to be more positive still, as more businesses re-opened and people emerged from their houses to start spending.

“The biggest impact of any recession on households will be job losses.

“Unemployment figures released yesterday showing that three-quarters of a million fewer people were working in July compared to March confirm that the crunch of the recession is already being felt by many.

“The Bank of England expects this figure to jump further as the Government’s furlough scheme is unwound and estimates around 2.5 million people will be unemployed by Christmas, meaning more pain is still to come.”

She added: “A second wave of the virus will hamper any rebound, as will the effect of some of the localised shutdowns we’ve seen in recent weeks.

“The much-talked-about V-shaped recovery of the UK economy relies on no second lockdown and also on UK trade talks being successful – presenting two large uncertainties.”