William Lees-Jones, managing director of Manchester brewer JW Lees, has been announced as the new president of the charity, Forever Manchester.

Lees-Jones takes over the three-year tenure from Trevor Mather, who has recently retired from his position as chief executive of Auto Trader, and steps down as the charity celebrates its 30th birthday year.

As well as his role with JW Lees, Lees-Jones (55) is chairman of The Manchester Grammar School Trust and a director of The British Beer & Pub Association.

William is the former High Sheriff of Cheshire (2012), a founder director of Onside Youth Zones and former chairman of Mahdlo, the Oldham Youth Zone.

Forever Manchester is the only charity that raises money to fund and support community activity across Greater Manchester.

It has delivered more than £39m of community funding across the 10 boroughs in the past 30 years benefiting 1.1 million people.

In his role as president, Lees-Jones will act as a champion for the organisation, promoting the achievements and impact of the charity, and raising its profile in the right places, and with the right people.

Nick Massey, chief executive of Forever Manchester, said: “We would like to thank Trevor Mather for his incredible support in the last three years, it has been such a pleasure to work with one of the region’s most philanthropic business leaders, and to continue to work with the dedicated and innovative team at Auto Trader.

“We are now looking forward to working with William Lees-Jones to take us into the next stage of our development.

“William is a proud Manc and has a track record of working with businesses and charities locally, having a deep understanding of how Manchester family firms develop and prosper.”

William Lees-Jones said: “I have long admired the work that Nick and the team do in supporting grass roots community groups in Greater Manchester.

“Now, more than ever, is a time that we need to help our communities in need, and I believe the most efficient way of doing this is through the light touch that Forever Manchester delivers locally.”

The company is behind some of the UK’s leading campaigns for clients including Weetabix, Curry’s PC World and KraftHeinz.

The appointments come on the back of a sustained period of growth, with turnover in 2020 alone up 63% on 2019.

Future growth plans will see the business expand its remit as a factual broadcast company, having already carried out successful projects for clients including the BBC. 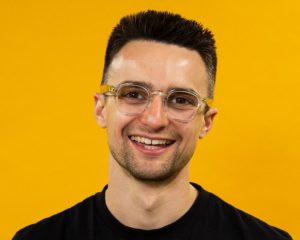 Ash Durrant joins Jist after more than 10 years’ experience working with some of London’s biggest agencies, including Iris and Adam&EveDDB. He will be responsible for managing new and existing client relationships, working closely with both agencies and brands.

Matthew Littleford’s strength and depth of broadcast experience – which includes roles as managing director of Betty, editorial director of digital at BBC Worldwide and controller at UKTV – will help guide Jist as it looks to strengthen its position as a factual broadcast company.

Jon Stroud, founder and creative director, said: “Our combined expertise means we have a multi-skilled team of directors, camera operators, scriptwriters, drone pilots, animators and creatives who are passionate about helping brands and agencies tell stories that matter. Ash and Matthew bring huge strengths to the team and I’m incredibly excited to see where the next few years will take us.”

Ash Durrant, said: “In a world which is constantly evolving, so should the creative industry.

“Working for a company who sees change as a playground to try something new, learn from mistakes, but most importantly have fun, is exactly why I signed up. Jist Studios IS the future of content with bag loads of personality.”

Matthew Littleford said: “I’m delighted to be joining Jist at an exciting time in its growth, and supporting Jon as he steers the company forward.

“I’m really looking forward to helping him, and the rest of the team, achieve our vision of being a leading production company for the future of broadcast.”

A senior naval officer has taken the helm of Broughton House Veteran Care Village in Salford as the new chairman of its board of trustees.

Commodore Phil Waterhouse succeeds Prof Sir Netar Malik, who has stood down after eight years in the role.

Commodore Waterhouse is the Naval Regional Commander for Northern England and the Isle of Man.

He is the First Sea Lord’s Ambassador for the region, whose task is to ensure that the Naval Service is understood, respected and valued by the community it serves.

He has been in post since 2017 and flies his Broad Pennant from his headquarters in Liverpool.

Commodore Waterhouse joined the board of Broughton House as a trustee three years ago.

He said: “My time on the board of Broughton House has given me a great fondness for not only the residents and staff, but also an understanding and drive to help deliver the wider aspirations and impact that the UK’s first Veteran Care Village and charity is seeking to achieve. 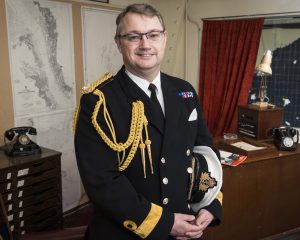 “I could not be more pleased nor humbled to be asked to lead the trustees into this exciting new period for Broughton House.”

Broughton House is being transformed into the UK’s first Veteran Care Village in a £15m scheme.

Once completed, the two-acre site will feature a 64-bedroom care home, up to 30 independent living apartments, a military support hub, a memorial park, and landscaped gardens with a bowling green and bandstand.

Commodore Waterhouse paid tribute to Sir Netar and to George Almond, who has stood down as one of two vice-chairmen of Broughton House.

“Their contributions have been magnificent and we are extremely grateful to them for their many years of dedicated service to the region’s veterans,” he said.

Commodore Waterhouse joined the Royal Navy as a junior sailor in 1982 and was promoted to the officer corps in 1988.

He served in a variety of senior seagoing and shore roles before taking up his current post.

Napthens Health and Safety, the health and safety arm of North West regional law firm Napthens, has continued its growth by appointing a new adviser.

Jane Pinfold joins the team as a health and safety consultant, following the recent appointments of Ashley Burgess and Tana Vengrinova.

The service also offers risk assessments for companies returning to the workplace following COVID-19 or offering support to businesses with employees working from home.

In the past few weeks the service has been in particular demand, assisting organisations to implement new health and safety procedures to enable a safe return to the workplace.

The three new starters will work with clients across the region, assisting them to fulfil their health and safety responsibilities through training, advice, inspections, and auditing. 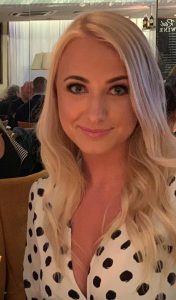 Jane joins the firm as an experienced health and safety consultant, specialising in the construction and retail sectors.

Tana joined the team with more than nine years’ experience advising companies on health and safety compliance in Great Manchester, most recently with LTE Group.

Tana and Ashley are both members of the Institution of Occupational Safety and Health.

Chris Walker, head of Napthens Health and Safety, said: “Health and safety has never been more important as businesses learn to operate safely in a new working environment.

“Jane, Tana and Ashley join us at a critical time as we offer advice on health and safety assessments for home working employees in addition to supporting businesses bringing workers back on site after a period of suspended activity.”