Budget carrier easyJet is reducing its flights schedule due to continued uncertainty over travel quarantine measures and reduced confidence among passengers in making travel plans.

The airline, which operated 86 routes out of Manchester Airport, and 31 from Liverpool John Lennon Airport prior to the coronavirus pandemic, said it now expects to fly slightly less than the 40% of planned capacity for the fourth quarter of 2020, as highlighted in its third quarter trading update.

It said: “This is the result of continued schedule thinning as we continue to focus on profitable flying.

“Given the many changes to government restrictions since our Q3 update, the lack of visibility and the continued level of uncertainty, it would not be appropriate to maintain any forward looking financial guidance, for FY’20 and FY’21, at this time,” it added.

Chief executive, Johan Lundgren, called on the Government to provide support for the industry which has been hit by uncertainty over increasing travel restrictions due to quarantine measures, depending on infection rates around the world.

Most recently, the Government added seven Greek islands to the growing list of countries that UK citizens must undertake a fortnight of self-isolation on return from affected regions.

Mr Lundgren said: “Following the imposition of additional quarantine restrictions to seven Greek Islands and the continued uncertainty this brings for customers, demand is now likely to be further impacted and therefore lower than previously anticipated.

“We know our customers are as frustrated as we are with the unpredictable travel and quarantine restrictions.

“We called on the Government to opt for a targeted, regionalised and more predictable and structured system of quarantine many weeks ago so customers could make travel plans with confidence.

“It is difficult to overstate the impact that the pandemic and associated government policies has had on the whole industry.

“We again call on the Government to provide sector-specific support for aviation which needs to take the form of a broad package of measures including the removal of APD for at least 12 months, the alleviation of ATC charges along with continuation of the slot rule waiver.

“These steps will support the retention of skills in the sector – all of which would support jobs and promote connectivity.” 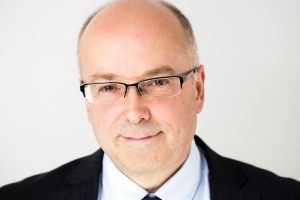 He said: “It is good that Grant Shapps is responding to the concerns of the aviation industry, and committing government to look at how testing can be used to reduce the time people need to spend in quarantine.

“Even though it will initially mean restrictions on travel to some Greek islands, it should enable key markets like the Balearics and Canaries to open up again more quickly.

“We look forward to seeing more detail about this targeted approach as soon as possible and to working together to continue refining the system of corridors and quarantine, including considering regions within countries on the mainland.”

He added: “The top priority should be bringing in a testing regime that will shorten the period of time passengers have to self-isolate.

“With hundreds of thousands of travel sector jobs at stake and the Summer holiday season already behind us, progress must be made on this as a matter of urgency.”