Housing and community services provider, One Manchester, has appointed Kevin Williams as its new executive director of growth and assets.

Kevin will join One Manchester later this year from The Guinness Partnership where he is currently director of asset and growth strategy.

He is passionate about Manchester, having grown up in Gorton and lived in the Manchester area all his life.

He will continue One Manchester’s commitment to providing high-quality, sustainable housing, ensuring that customers and communities remain central to the provider’s growth strategy.

Kevin said: “I am delighted to be joining One Manchester. It is a fantastic organisation, with a proud track record and a very exciting future.

“I am really looking forward to helping build upon the successes to date, building and maintaining quality homes which benefit One Manchester’s people and places.”

Chief executive, Nic Kershaw, said: “Kevin brings a wealth of knowledge, experience and local connections to One Manchester, and we’re very excited to have him on board.

“Having someone who understands our communities was so important to this appointment, and I’m pleased that we’re welcoming Kevin to our team.”

St Helens-based digital and traditional signage manufacturer, Widd Signs, has appointed a second business development manager to its 80-strong team as it looks to grow its presence in several key markets.

Jac Lloyd-Jones will be responsible for expanding the company’s client base in a number of key markets, with a particular focus on the construction, architecture, design and commercial sectors.

He brings a wealth of experience to the team, having operated within the signage industry for almost 15 years working on an array of high-profile six-figure projects.

Lloyd-Jones will work alongside existing business development manager, Damon Kirkham, who previously operated for 13 years as sales manager at Spectrum Sign & Display before the company was acquired by Widd Signs in early 2020.

Widd Signs head of sales, Peter Harris, said: “Jac has a proven track record when it comes to delivering high-value projects and forging strong working relationships with clients, and we’re delighted to bring him on board as we look to accelerate our growth in a number of key sectors.” 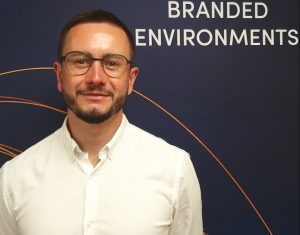 Jac said: “From the moment I first met Peter and managing director Gary Williams and heard them talk with such enthusiasm and excitement about their plans to grow the business over the next few years, I knew I wanted to be part of their team.

“Widd Signs’ reputation for quality, craftsmanship and innovation is second to none and I’m excited by the opportunity to support the company’s growth strategy and build its presence in a number of key sectors which I’m already very familiar with.”

Established in 1888, Widd Signs provides signage consultancy, design, and production to a range of high-profile businesses operating in the retail, construction and sports and leisure sectors.

Its clients include retail giants Marks & Spencer, Primark and Schuh, and culture and leisure hubs such as the National Science and Media Museum and Burnley FC.

Earlier this year, Widd completed the acquisition of Spectrum Sign & Display and its new 20,000 sq ft site in St Helens as part of the company’s exciting expansion plans, adding expertise and boosting its in-house manufacturing capacity and capabilities.

In May, the company launched Auto-Q, a state-of-the-art occupancy management system to help retailers faced with new COVID-19 requirements measure the number of customers in store. It’s part of a wider range of solutions offered by the company to help retailers to operate safely, which includes antimicrobial acrylic protection screens, floor and wall graphics and hand-sanitising stations.

Design and consultancy organisation Arcadis has further reinforced its commitment to Manchester, Liverpool, Leeds and the Northern Powerhouse with the appointment of Debbie Francis as the new city executive for the region.

Debbie will also represent Arcadis on the board of the Northern Powerhouse Partnership, where Arcadis is one of the founding partners supporting the need for rail investment to connect Northern cities and delivering the Government’s ‘levelling up’ agenda.

Debbie brings more than 20 years’ experience at executive and board level across a range of sectors, including education, health, infrastructure and utilities.

She has previously led large-scale cultural and operational change initiatives for a number of organisations, including Network Rail and the infrastructure and utilities support service company, Enterprise Managed Services.

Debbie joins Arcadis from Direct Rail Services, a rail freight business where she was managing director for four years.

With a strong interest in areas of leadership and team performance, Debbie has proven experience in improving business processes and bringing together diverse teams to underpin strategic success. 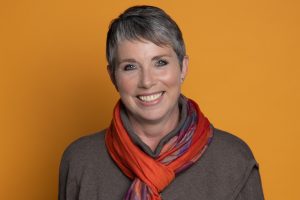 Last year she was named in the Top 50 Northern Power Women List, won the 2019 North West & IoM Director of the Year for Inclusivity, and received the ‘Woman with Edge’ award – which recognises business women who challenge the status quo – at the 2019 Women of the Year awards.

As city executive Debbie will be working with transport providers, local authority leaders and the private sector across the region to help them navigate the evolving demands of the urban environment.

From the challenges of housing delivery and under-investment in the railways, to positioning our cities, town and high streets for post-COVID recovery, Debbie’s focus will be on helping to shape how the region operates and the opportunities available to make it a thriving and connected place to live and do business.

Debbie said: “From Teesside to Merseyside, there are so many exciting growth and investment opportunities across the region, and with our great Northern cities playing a key role in the Northern Powerhouse agenda the potential for long-term prosperity is huge.

“I’m really looking forward to working with the Arcadis team, clients and partners and building on these strong foundations to ensure that the benefits and opportunities from a renewed investment in the North can be fully realised right across this dynamic region.”

Peter Hogg, UK cities director at Arcadis, said: “Debbie’s expertise and breadth of experience will undoubtedly help Arcadis build on the work we have done to grow our presence in Manchester and the North to date.

“With her strong network and eminence in transportation and regeneration sectors that are at the heart of the region’s plans for the future, she is just the person to ensure that we are well equipped to continuing offering the best solutions for our clients, now and in the future.”

Outgoing city executive for Manchester and the Northern Powerhouse, Jonathan Moore, will be transitioning into a new role as business development executive for Arcadis Gen, Arcadis’s new digital business.

In this role, Jonathan will be working with colleagues globally to identify, support and accelerate the integration of scalable digital products and solutions across the Arcadis business.

Residential developer Mulbury has promoted Nick Legget to the role of development director.

Nick, who was previously senior development manager, has played a lead role in Mulbury’s city centre developments in Manchester since joining the Cheshire-based company in 2017.

These projects include The Astley and Blossom Street PRS developments in the Northern Quarter and Ancoats, and the Excelsior Works apartment scheme in Castlefield.

In his new position he will also play a more prominent role in Mulbury’s other development activity, including its low-rise open market schemes and affordable housing developments. 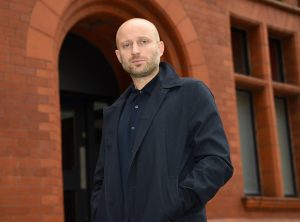 Greg Mulligan, co-founder and director of Mulbury, said: “Nick has been instrumental in our recent success in developing in the city centre. He will continue to play a key part in our future aspirations, both in the city and by using his commercial expertise to add value to our wider residential activity which is delivering hundreds of new homes across the North West.”

Nick said: “My three years at Mulbury have been an incredible ride, working in one of the fastest developing cities worldwide and seeing the skyline changing. I’m proud to have been given the opportunity of a more senior role at Mulbury and to be working on projects that will contribute to the ongoing regeneration of, not just Manchester but, the wider region, too.”

In Manchester, Mulbury is close to completing the 143 PRS apartments on the corner of Blossom Street and Great Ancoats Street. The scheme is being delivered on behalf of DTZ Investors.

The company currently has a planning application in to create 378 apartments over three schemes located in Oldham Road, Bendix Street and Goulden Street in New Cross.

Mulbury is currently on site with 10 other residential developments across the region, for both private residential and affordable homes.

Paul is the current executive director of business and innovation at STFC, and will take over from Prof Susan Smith as head of Daresbury on her retirement in November.

Prof Thomson added: “Having Alan and Paul on our executive board to champion Daresbury and RAL laboratories is great news and will be valuable for both sites. 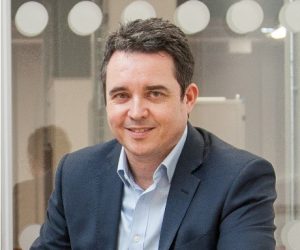 “I am looking forward to working with both of them as they lead both sites in this new chapter.”

Paul said: “I am honoured and excited to take up this opportunity as head of STFC’s Daresbury Laboratory, home to world-leading science and innovation in the UK, and to successful collaborations with both national and international academic partners.

“Daresbury Laboratory has gone from strength to strength over the last few years, and is a key part of the successful Sci-Tech Daresbury campus.

“Having previously headed up campus development here at STFC, I am thoroughly looking forward to working closely with our partners to connect with researchers, innovators and businesses across the North West and the UK.”

Prof Smith has held the position since 2012, alongside her role as director of STFC’s accelerator science and technology division (ASTeC).

Prof Smith said: “It has been both a pleasure and an honour to be head of STFC’s Daresbury Laboratory for the last eight years. I have known and worked with Paul for many years, and know that he will continue to lead the Laboratory to great success in the future.”