For the first time in over a generation flooring group, James Halstead has not reported record earnings per share, as it reveals its audited results for the year to 30 June.

Turnover at the Bury-based business took a 5.7% hit on the previous period, down to £238.6m, with the period from April to June showing a significant decline as a result of global lockdown stopping “normal business”.

The impact of the pandemic is clear, considering for the first nine months the board of the business “turnover to have been circa £25m higher and profits some £7m higher.” Sadly profits similar to turnover took a hit and were down 9.2% on the previous year to £43.9m.

Despite this Anthony Wild, chairman of James Halstead, said: “These results are more than gratifying against the backdrop that all our major markets faced.”

Facing up to the economic impact of Covid-19, the business took the decision in February and March to refocus production on the assumption of excess healthcare demand”. The firm’s chief executive Mark Halstead stated that this was based on “prior experience during the SARS-Cov-1 outbreak many years ago.”

Commenting on the firm’s response to the pandemic Wild added: “We have, as a board, considered our approach and actions in the difficult months of the lock-downs that were thrust upon most of our businesses and asked what we should have done differently. In short, even with hindsight, we as a board feel the decisions and actions were correct and that the depth and quality of our senior teams’ experience proved, once again, our capability and resilience..” 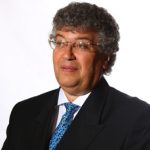 Mark Halstead, added that the challenge the business faced 12 months ago was a very different one, stating: “At this time last year, we thought the major challenge would be the fast approaching implications of “Brexit”, but we were tasked with something on a different scale entirely.

“In most markets we, as manufacturers, deliver bulk for wholesalers and distributors who in turn break that bulk. Many of our distributors were closed and thus we faced the challenge of organising and fulfilling much smaller despatches to health providers across the UK, Europe and the rest of the world. In this task we were successful.”

Looking to the future, Halstead, Wild and the board remain confident of “another solid year”. Highlighting that “sales are on a par with the record trading of the comparative period.” Adding that “business has bounced back with refurbishment in many sectors buoyant, but with difficulties in sectors such as catering/hospitality.”

However the firm’s optimism is tempered by two external factors, the pandemic and the final exit of the UK from the European Union.

Wild concluded: “Both these issues will, no doubt, have an impact on the forthcoming financial year but, I believe, we have the experience and ability to move forward with confidence.”

Liverpool in Tier Two, Manchester in Tier Three of restrictions