The vodka, which has been released in commemoration of the Royal Liver Building’s famous Great George Liver Clocks, has been commissioned by the operators of the Liver Building tour and visitor attraction, RLB360.

The vodka, which comes in a collectors’ edition bottle, is infused with butterscotch and mint flavours and comes with a custom clock face bottle top depicting the time as 1:40pm. The spirit has been named in homage to the moment the clocks were started, which was at the exact same time that King George V was crowned in 1911.

The spirit has been created by Wirral-based company, the Handmade Gin Company. The artwork for the bottles, which depicts the world-famous Royal Liver Building clock face, has been designed by local artists The Jones Boys.

Chris Devaney, operations manager at RLB360, said: “When we launched the vodka we said how similar to Everton mints it tasted, so to then have Everton superfan and boxing superstar Tony Bellew launch it was fantastic. The vodka is the latest in the RLB360 drinks range. We are delighted to get it out in time for Christmas.” 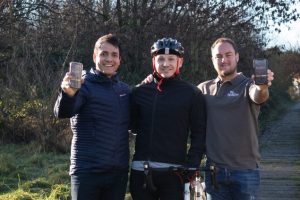 Busby, launched last year by Barry Green, James Duffy and Kirk Ryan, aims to make solo bike riding safer, as well as supporting enthusiasts from other sports and activities. It is the only automatic incident response app globally, working with the sensors in a phone to ensure a user’s safety. If a user is involved in an incident the app will begin a 30-second countdown to move or respond and if there is no movement or response their exact location is sent to emergency contacts so help can arrive quickly.

To prevent incidents Busby also alerts other nearby road users that a micro-EV rider is nearby to raise awareness. In only a year of operation, Busby’s app has been downloaded by tens of thousands of people in more than 85 countries globally.

Bird, the global e-scooter brand, promotes the reduction of car trips, thus improving air quality by deploying fleets of micro-EV’s for short trips. Currently operating in 160 cities worldwide, it has now expanded to the UK.

Charlotte Bailey, general manager of Bird UK, said: “The safety of our riders and other road users is our top priority. While studies show riding an electric scooter in cities is just as safe as riding a bike, we want to go above and beyond. We’re thrilled to collaborate with Busby and to give our riders great perks for staying safe while on the road.” 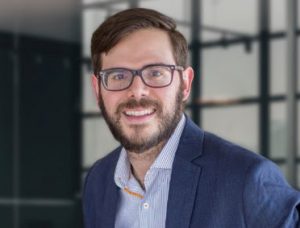 Blackburn-based international spare parts and repairs exporter Northern Industrial has opened an operation in Mexico to help service the Americas, including the USA.

The new Mexico City spare parts storage, shipping and repairs facility will be headed by Alejandro Núñez and is the first overseas site to be opened by Northern Industrial, a provider of new, reconditioned and obsolete parts and repair services.

Exporting to 146 countries from its Blackburn facilities, where it holds approximately £10m in stock covering more than 200,000 part numbers, sourced from in excess of 1,350 manufacturers, Northern Industrial helped around 4,000 companies keep up and running last year.

Managing director, David Lenehan, said: “Downtime in breakdown situations costs about £200,000 an hour on average across all businesses worldwide according to a recent global study. Our mission is to help businesses keep downtime to an absolute minimum.

“While we can offer 48-hour delivery of tested and approved spare parts worldwide from our main facility in Blackburn, our new Mexico City operation will help us keep downtime to a minimum for our customers across the Atlantic. If the Mexico operation proves a success, we’re aiming to open further similar operations across the world to help companies fuelling the global economy to keep downtime as close to minimum as possible.” 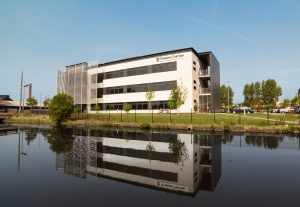 As a Gateway organisation, St Helens Chamber will now be able to apply for the Kickstart Scheme funding on behalf of local businesses – and can also manage everything from finding candidates to dealing with payments.

The Kickstart scheme gives businesses the opportunity to recruit unemployed young people aged 16-24 who are registered with their local job centre. The Government will pay National Minimum Wage for 25 hours per week for every young person a business hires, with funding lasting for six months. Additionally, employers will receive a £1,500 grant to support with recruitment and training costs.

Tracy Mawson, St Helens Chamber chief executive, said: “We are very pleased to be able to act as a Gateway organisation for the Kickstart scheme. The scheme will be a great help to local businesses who would otherwise struggle to recruit this year and will give unemployed young people valuable work experience.

“We already have over 140 vacancies pledged by local companies who are looking to rebuild their businesses post-lockdown. It’s really encouraging to see these organisations wanting to take on local young people and it will certainly be a great boost for our local economy.” 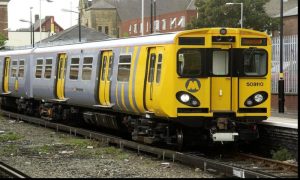 Merseyrail has announced changes to its timetables for passengers travelling in the New Year.

Ormskirk line trains will return to commencing and terminating at Liverpool Central. Passengers wishing to travel between Ormskirk and Hunts Cross from January 2, will need to change at Liverpool Central. Services on this line will continue to operate every 30 minutes Monday to Sunday. There will also be a new timetable on this line which will improve connections towards Preston.

There may be further amendments and the timetable will be reviewed in line with government public health advice as local restrictions change. Managing director, Andy Heath, said: “Following recent changes to our timetable, I’m pleased to confirm that direct services between Hunts Cross and Southport will return from January 2. I would draw passengers’ attention to our website which – as well as carrying the latest up-to-date travel information – also contains full details of the programme of weekend engineering works taking place during January and February.”