Political leaders from Liverpool City Region, Warrington, and Cheshire West and Chester have joined forces to reject the Government’s so-called option 5.1 route for the new Northern Powerhouse Rail line between Liverpool and Manchester.

In a strongly worded letter to Transport Secretary Grant Shapps, sent ahead of today’s (February 18) Transport for the North meeting, Metro Mayor and leaders describe the 5.1 route as a “cheap and nasty option”, that the region will not accept.

The 5.1 option would see the Fiddlers Ferry line, previously used to take coal trains to the power station, upgraded to become part of the NPR network.

Today, the leaders have united to express their concerns that 5.1 has “become a departmental fixation that could be imposed upon us as a fait accompli.”

They warn that pushing ahead with plans for 5.1 would short-change the North West and represent a clear “levelling down for our region.”

In the letter, they stress their support for the Northern Powerhouse Rail project, which they say has the potential to “be the single most important infrastructure project in the North West in the 21st Century”.

They have a number of key reasons for rejecting the proposed 5.1 route:

Meanwhile, Transport for the North members formally agreed at today’s meeting the closure of their planned £150m smart ticketing programme, after the Department for Transport (DfT) cut the organisation’s funding.

But the regional transport body also accepted to approach the Treasury ahead of the Budget to attempt to persuade the Government to reconsider.

TfN had previously requested £33m for the year ahead to deliver contactless payment on rail, light rail and buses across the North, which it believes would have provided travellers with the confidence to use public transport during the country’s recovery from the pandemic. 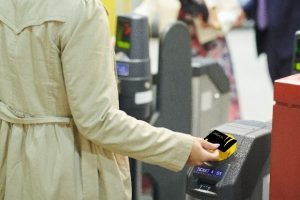 But subsequent stages – which were to include contactless, pay-as-you-go travel on rail and supporting local smart ticketing – will not now go ahead.

Commenting earlier today, Mayor of Sheffield City Region, Dan Jarvis, said the programme’s closure would have an impact on plans to improve the passenger experience and to encourage more people back onto public transport.

“It’s very disappointing and I hope the DFT will review their position on this,” he added.

Cllr Judith Blake, leader of Leeds City Council, said IST had been designed to make people less reliant on their cars by making travelling around the North on public transport simpler.

She noted the network’s current complexity was a major deterrent for members of the public.

Both she and Cllr Nick Forbes recommended approaching the Treasury before the Budget announcement: “It can be done if the will is there, and it would be a good idea for us to make our views known to the Treasury about what a missed opportunity this is,” she said.

TFN members noted the end of funding for IST and resolved to wind down the programme, while agreeing to contact the Treasury to ask the Government to review its funding decision.