The BBC has this afternoon confirmed it will relocate high profile national journalism jobs from London to the regions, including to the Midlands, the North West and Yorkshire.

The broadcaster’s director general Tim Davie unveiled plans at an all staff-meeting this morning.

Specialist journalism teams covering topics such as the environment, technology, and education will be relocated from London to new bases in Leeds, Birmingham, Cardiff and Glasgow. In total, 400 jobs will move out of London.

Proposals are set out in the BBC’s blueprint for the future entitled The BBC Across the UK.

The BBC says they, “represent top-to-bottom change and will cement our commitment to better reflect, represent, and serve all parts of the country”.

Plans set out in detail in the Across the UK blueprint, include:

By 2027/28 the BBC says it will be spending at the very least, an extra £700m cumulatively across the UK – generating an additional economic benefit of over £850m.

It says this will not only dramatically increase opportunities for jobs and training, but improve representation on and off screen.

Tim Davie, BBC Director-General, said: “Our mission must be to deliver for the whole of the UK and ensure every household gets value from the BBC. These plans will get us closer to audiences, create jobs and investment, and develop and nurture new talent.

“Over the last year, the BBC – which has been an essential part of the UK’s culture, democracy and creativity for almost a century – has helped inform, educate and entertain all four Nations, as we have collectively faced some of our toughest moments in recent history.

“Now, as we look to the future, we must play our part in supporting social and economic recovery; rebuilding the creative sector and telling the stories that need to be heard from all corners of the UK.”

In addition, news and current affairs programmes like BBC Two’s Newsnight will be presented from different UK bases through the year and Radio 4’s Today programme will be co-presented from outside London for at least 100 episodes a year.

The BBC One daytime show Morning Live will be broadcast year-round from Salford.

Funds will be invested in two new long-running network drama series over the next three years – one from the North of England and one from one of the Nations; over the same period, more than 100 new and returning drama and comedy titles will reflect the lives and communities of audiences outside London, including at least 20 that will portray Scotland, Wales or Northern Ireland.

In radio, key daytime programmes on each of Radio 1, 1Xtra and Radio 2 will be made across the UK and each network radio controller will have at least one commissioner based in one of the BBC’s hubs around the UK by 2027.

The changes are expected to take place over six years from 2022. The aim of this strategy appears to mirror that of Channel 4’s relocation two years ago, with The Guardian reporting it aligns with the Government’s levelling-up agenda and will see the broadcaster cover underserved communities. 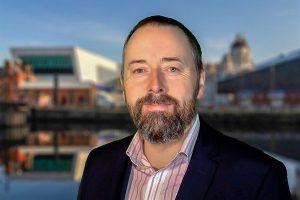 Damian Waters, CBI North West director, said: “This radical transformation will help reconnect the BBC with communities across the UK by delivering investment, jobs and opportunity to all corners of the country.

“The stated aim of supporting social and economic recovery is welcomed in the North West, while the ambition to establish Salford as a global centre of digital and technological excellence is a justified vote of confidence in the region’s talented workforce.”

He added: “A future BBC which fully represents all facets of our diverse population, amplifies North West voices and enhances prosperity, will be keenly embraced by business within the region.”

Region building on its reputation as a world-class media production...

Stockport film and TV studios opens with eco-responsibility in star...

North West firm on course to become one of fastest growing science...