Growth capital investor, BGF, has appointed Josh Bean as an investor in its North West team.

Prior to this, Josh worked at EY where he spent four years in the firm’s Manchester transaction support team, qualifying as a Chartered Accountant and gaining experience of providing financial due diligence services on sell-side, buy-side, and refinancing transactions across a range of sectors on domestic and cross-border deals.

Josh’s role at BGF will involve all aspects of the investment process from identifying and meeting businesses that could benefit from BGF’s backing to due diligence, deal execution and working alongside portfolio companies to support their growth ambitions.

Josh said: “BGF’s reputation in the region speaks for itself. The role was attractive because of how active the team has been, the diversity of the portfolio and the opportunity to work alongside business owners to support their growth ambitions.

“I’m looking forward to using the experience I have gained so far in my career to hit the ground running and support the team in converting the strong pipeline of North West businesses that we are speaking to.”

Neil Inskip, head of BGF’s North West team, said: “I’m pleased to welcome Josh to the investment team as we continue to build relationships and support more entrepreneurial businesses across the region. He brings a track record of completing deals across a wide range of sectors, and his in-depth market knowledge will be an asset to the team.”

Faye led Redrow’s strategic partnership with Liverpool City Council and Torus to deliver 1,500 new homes in Liverpool. While with Redrow, Faye also led the delivery of a new urban village in Chester, in a joint venture with Taylor Wimpey, to provide 1,450 new homes, a new school and wider community infrastructure.

Prior to Redrow, Faye was regional director at Gleeson Homes where she was responsible for the delivery of low cost housing on both a speculative basis and in partnership with PFI and Housing Market Renewal partners. 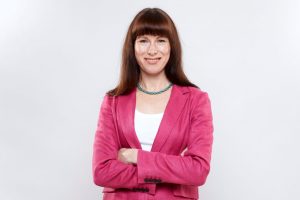 A qualified architect and urban designer by background, Faye is an established regeneration expert, has held non executive positions with a number of registered social landlords, acted as expert witness and lectured on architecture.

Smith-Milne said: “It is a testimony to the strength of our vision and business model, which is to transform forgotten former council estates into neighbourhoods of the future, that we are able to appoint someone of Faye’s quality, reputation and experience so soon after our launch.

“Our growing pipeline of really challenging, but inspiring regeneration projects was exactly what Faye was looking for the next chapter in her career. I have no doubt that she will make a major contribution to our plans and projects.”

Joining Faye is Vicky Hoare as head of operations and marketing. She was previously head of marketing at Salford-based build-to-rent specialist Placefirst.

Vicky is leading the integration of acquired companies into the Place Capital Group structure, via its ‘buy and build’ strategy and also has a group-wide marketing role.

Vicky said: “I am thrilled to be joining the Place Capital Group team and look forward to helping to facilitate the ambitious growth plans the company has for the coming years. The opportunity to work for such a values-driven and socially focused organisation to help deliver pioneering and transformative urban regeneration projects in communities which are often overlooked by traditional development is hugely exciting.”

The team is joined by Sarah Sharp as executive assistant to Smith-Milne. Sarah was previously office manager and PA at Placefirst.

CoreRFID has recruited brothers Matt and Tim Clancy to its software development team.

The brothers, from Leigh, Greater Manchester, both graduated from the same computer software engineering course at Bolton University this year. Matt was initially recruited and recommended his brother Tim, who also accepted an offer to immediately join the team. 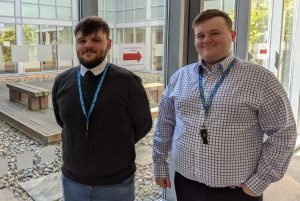 CoreRFID is also an established leader in inspection and reporting software in the UK and Republic of Ireland for the lifting and cranes industry using its CheckedOK solution. Its IDXpert system based on CheckedOK, and for users outside the British Isles, has seen take-up in Spain, Italy, Australia and the USA in the past year.

Matt Clancy said: “It’s a great opportunity to be part of a specialist team which helps so many businesses streamline and improve processes.”

CoreRFID’s technical director, Munzi Ali, said: “Matt and Tim’s university training is about practical problem solving, which is exactly what we want as each of our clients receive tailored solutions to meet their business needs.”

DLA Piper has announced that North West-based lawyer George Nicholson has been promoted to partner as part of the firm’s annual promotion round.

George joined DLA Piper in 2008 and advises a variety of national and international clients on all aspects of employment law including employee disputes, executive issues, change projects and investigations.

He is particularly experienced in advising clients on international matters and complex employment litigation including high profile group actions.

The firm said George spends a large amount of his time working with companies in the financial services and technology sectors, particularly dealing with regulatory issues, and is often praised for his ability to understand clients’ businesses and for providing practical and robust advice. 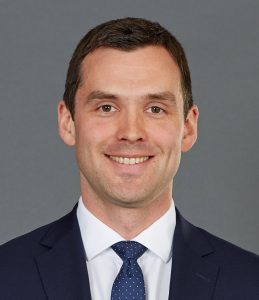 Mark Beardwood, DLA Piper’s North West office managing partner, said: “I am delighted the hard work of so many individuals has been recognised and rewarded.

“Nurturing our people and helping them to realise their potential is a key part of our global strategy and allows us to deliver the highest quality service to our clients.”

Globally, DLA Piper has promoted 44 lawyers to its partnership, across many of the firm’s practice areas, in 33 different offices throughout 17 countries.

Paul, who has extensive experience working internationally and in conjunction with private equity, brings knowledge from several business-to-business organisations. As a group finance director, he also brings expertise in IT, HR and logistics. 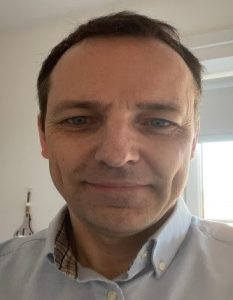 Panthera’s chairman, Prof John Lyon, said: “We are delighted that Paul has joined us as finance director. He has wide experience across sectors which will be very helpful in developing our business as we continue to expand our site network across the UK and overseas.”

Panthera, which was only launched in 2019, will, by the end of this year, have extended its UK network to 10 sites, including Preston and Manchster, to become a major player in the UK. With its managements expertise in running clinical trials globally it is already in negotiation on extending its network overseas.

The business is currently involved in running clinical trials on behalf of its clients in pharma and CROs including several COVID-19 studies, as well as trials in oncology, NASH, neurology, and conditions treated in primary care.