Plans to further extend Fulwood Central Retail Park with a mixed-use scheme of retail, commercial, co-working space and a food hall have been given the green light by Preston City Council in a move which is expected to create 500 jobs.

Located adjacent to the existing retail park, the second phase of the development will see the creation of a new gym, family entertainment centre, as well as three new retail warehouses and eight new food and beverage units.

The mixed-use development will be located on a site formerly occupied by the offices of HPH Haulage off Oliver’s Place. It is expected to help boost the local economy with the creation of 500 jobs.

Provisions have been included to improve traffic access to Fulwood Central, while 747 car parking spaces will also be provided on site.

PWA Planning acted as planning consultant to applicant Austringer Capital, helping to achieve planning permission for the redevelopment of the site.

Austringer Capital’s letting agent, Stephen Perrett, of Cheetham & Mortimer, said: “Since phase one of Fulwood Central opened 18 months ago, trading on the retail park has far exceeded retailer’s projections, with over 21,000 vehicles visiting the scheme each week, and this is projected to rise to over 23,000 per week once the last unit on phase one opens in summer. 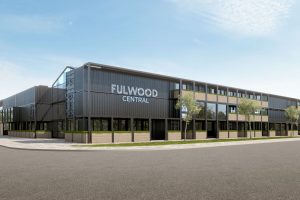 “The large amount of new housing being developed around north Preston places the scheme in the heart of the customer base and this has led to strong interest from national and regional retailers, and leisure operators for phase two.”

Graeme Thorpe, associate at PWA Planning, said: “We’re proud to be working alongside Austringer Capital to bring forward this scheme.

“It’ll be a great extension to the current leisure offering at Fulwood Central, while also helping inject the local economy with hundreds of new jobs and attracting businesses to the Preston city region with high quality commercial space.”

Work is due to start on the development in summer 2022, with completion scheduled for 2023.