National consumer law firm Simpson Millar has announced the appointment of Cara Nuttall as a new family law partner in a move which furthers the firm’s ambitious expansion plans for 2021.

Together, the team regularly appears in the High Court and comes with a string of ground breaking reported cases to its name.

Cara is recognised as a ‘Leading Individual’ in the North West by the prestigious legal directory the Legal 500. She has practised family law exclusively since 2006, representing clients all over the country and abroad, assisted by Jo-Anna and Joe, who both come with their own following.

Cara’s arrival at Simpson Millar marks the 10th new addition to the team since the start of the year and follows a string of ‘strategic appointments’ for the firm’s family law team, which is working to bolster its national network of ‘top-quality lawyers’ and its private client offering across the country.

The move forms part of Simpson Millar’s ambitions to ‘open’ up the law to make it easier for people to get legal help and support when they need it.

David Lister, partner and national head of the department, said: “We’re delighted to be welcoming Cara, Jo-Anna and Joe to the team.

“Their experience and expertise in some of the most complex and emerging areas of family law is unrivalled, and the additional of a modern families arm represents our commitment to opening up the law to all family types.

“How families are formed has evolved so much and the law needs to move faster to catch up. Cara has been at the forefront of that campaign for many years now and with lawyers as technically brilliant and ambitious as Jo-Anna and Joseph are, I’m excited to see just how far they can go with our support.

“What’s really exciting is that Cara’s team could have had their pick of firms and they chose us.”

Cara, who will be based out of Simpson Millar’s Manchester and London offices, said: “I feel very excited to be joining David and the team. Simpson Millar is certainly a forward thinking firm, and I am delighted to be able to continue the work they have been doing to be inclusive and diverse.

“I am delighted to be part of the family law team’s rapid expansion and look forward to being part of a national network of top-quality lawyers at Simpson Millar.”

Confectionery wholesaler, Hancocks, has a new manager at its Liverpool store.

Kelly Rodgers is heading up the team at the Bootle-based retailer as it prepares to welcome more customers back as COVID-19 restrictions begin to ease.

The store has remained open during the most recent lockdown but as leisure attractions and holiday parks begin to reopen, Kelly is expecting a busy period. 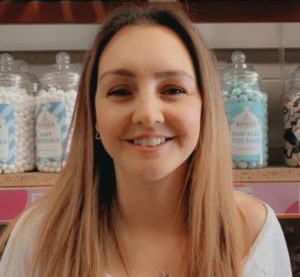 She’s working closely with her team to ensure new and existing customers get the best service and the store is ready to welcome them back.

Kelly has worked in retail in Merseyside and says her new role at Hancocks gives her the opportunity to have direct contact with customers.

She said: “The secret to a thriving store is excellent customer service and that’s something I pride myself on.

“During the pandemic many customers have headed to our website to shop and have been collecting direct from store.

“Now I’m keen to encourage them back through the doors.Having that personal contact means we understand what sells well in their store or at their holiday park.”

Area manager Sophie Montgomery said: “We’re delighted to welcome Kelly to the Hancocks team. She’s an asset to the Liverpool store and is the right person to lead it as life begins to return to normal.”

Hancocks has 14 nationwide cash and carry stores and an online channel, serving more than 25,000 independent retailers and is the partner of choice for in excess of 250 suppliers from across the globe.

Owing to significant growth in their innovation reliefs service line, Claritas Tax’s Manchester office has announced the appointment of its latest recruit, Paul Blakeman, to the role of assistant tax manager.

Paul joins the existing Manchester team, whose numbers have already been boosted by the addition of Caroline Walton and Mark Cuppello who joined the innovation reliefs team in the past nine months. 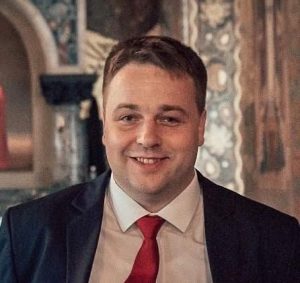 Paul’s appointment comes after a hugely successful past 12 months for Claritas, which has experienced 75% year-on-year headline growth across service lines.

Matt Hodgson, partner, Claritas Tax, said: “I’m very happy to welcome Paul to the Claritas team at what is a very exciting time for the business. Our innovation reliefs team continues to expand to meet the needs of our clients and the wider marketplace.

“Paul brings with him a wealth of knowledge and experience which will ensure we continue to drive our business plans forward.”

Paul Blakeman said: “I’m looking forward to joining the team at Claritas and working with their portfolio of established clients. Claritas has made a name for itself in the sector over recent years as being a progressive and forward thinking firm and I’m pleased to be able to contribute to this.”

David brings more than 18 years’ experience as a Member of Parliament, where he served as a successful chair in a variety of government roles, at both national and local level. He was also a member of numerous policy and regulatory boards, including the Privy Council.

He now joins MCS to bring an independent oversight for its Standards maintenance and development and will lead the MCS approvals committee, to help protect the integrity of MCS documents.

Ian Rippin, MCS chief executive, said: “We are delighted to welcome David on board. He brings a wealth of experience and interest in both regulation and high standards in governance which will work to support our aim to ensure our processes are adhered to and the impartiality of the scheme is protected.”

“It is clear that MCS and our Standards Management needed to become more agile and responsive to today’s market conditions, to ensure that we are ready to support ambitious plans for the UK’s small scale renewable energy sector. By making way for a new approvals committee led by David, it will adopt a refreshed model to support a new, nimbler MCS.” 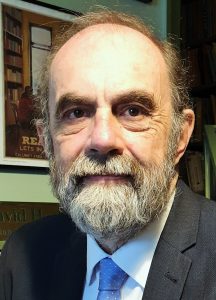 David said: “This is a critical and exciting time for low carbon technologies and I’m looking forward to playing my part in helping the sector reach its potential. As the UK moves towards its net zero emissions target, it has never been more important to ensure that the public has confidence in manufacturers and installers and know they can rely on them doing a good job. I want to make sure MCS sets standards for the industry that everyone can trust, now and for the future.”

David has worked extensively across the UK political environment and has a strong passion for leadership and the renewables sector. During his time in Parliament, he worked to bring forward a Fuel Poverty Bill to encourage renewables and installation measures.

His further experience ranges from chair of Police Authority, NHS Clinical Commissioning Group, Consumer Council for Water, Audit Commission, and was the first Parliamentary consultant appointed to the Worldwide Fund for Nature.

Hill Dickinson has announced its first promotions of 2021, which see 19 lawyers appointed to legal director.

The promotions are firm-wide across a number of sectors including commercial litigation, construction corporate, employment, regulatory, health and marine.

Chief executive Peter Jackson said: “I am delighted to announce our senior promotions for 2021, with another 19 of our people having now attained legal director status. I would like to congratulate them both personally and on behalf of our board on their outstanding achievement. 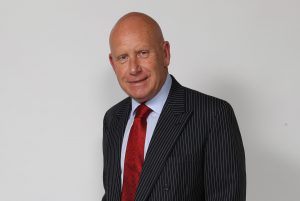 “The past year has been an extremely challenging one, which makes their hard work and career progression even more admirable. These promotions are testament to their continuous work not only throughout the pandemic but also throughout their legal careers with Hill Dickinson.”

He added: “What’s very important to us at Hill Dickinson is to retain and nurture our people, which means supporting their career development in a way that also fits in with their life. We are fully committed to ensuring there are no barriers to career progression at Hill Dickinson and that all of our people can develop and progress at a pace that works for them.”

Manchester Credit Union has made two new appointments to grow its membership and build new partnerships with companies across the city and beyond, so workers reap the benefits of loans and savings.

The social enterprise, which has its headquarters on Queen Street in the city centre, has appointed Dawn Cowderoy as the business development and marketing manager, and digital apprentice Bayley Harding, both of which are new roles in the organisation.

Dawn, who started five months ago, brings a wealth of knowledge with an Honours Degree in Marketing and a long career in financial services, previously working for Liverpool-based Modus Wealth Management and the wealth manager Investec. Bayley, who joined in April, brings customer service, digital and graphic design skills to the team.

The aim of the new business development team is to increase awareness of the credit union’s services to new members and increase the number of businesses that use its BEESMART payroll service – a free payroll deduction scheme where companies can offer their employees access to affordable saving and loan products at no risk to the company.

Since Dawn has been leading the business development, the credit union has secured two major employers to join the payroll scheme and she is looking to build strong working relationships with Manchester employers in the coming months to encourage them to offer BEESMART to their employees. 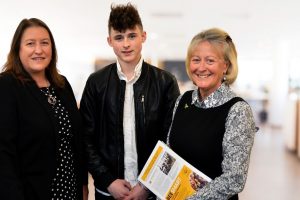 Dawn said: “It is fantastic to be a part of Manchester Credit Union. I want to make sure as many organisations as possible across Manchester know about our BEESMART payroll services.”

“We’ve already helped thousands of employees improve their financial wellbeing, and I am proud that through the pandemic we have been able to support key workers and vital businesses and organisations through our payroll partnerships. I am looking forward to building on these partnerships over the coming year.”