Greater Manchester is set to build on its reputation as one of the most significant media production hubs on the planet as further studio facilities, staff and independent production companies begin operations – with almost one million sq ft of formal production space.

New research from the Greater Manchester Local Enterprise Partnership (GM LEP) reveals the scale of production space across the city region is now equivalent to more than 15 full-size football pitches.

Ten years since the BBC first broadcast from its new base at MediaCityUK in Salford, the economic impact of Greater Manchester’s burgeoning digital, creative and tech sector is being felt across the city region.

The BBC has announced an expansion of its MediaCityUK operations, boosting staff beyond the current 3,500 headcount and bringing new services to the North from London.

Also at MediaCityUK, studio and post-production facility Dock10 has hosted many of the biggest programmes on British television, including The Voice UK, Who Wants To Be A Millionaire? and the British Soap Awards.

Employing more than 150 staff, Dock10 has two divisions – studios and post productions. It spans a total of 157,000 sq ft of production space, including the UK’s biggest multi-camera TV studio for major productions.

Part of the Enterprise City development in Manchester’s St John’s District and operated by All Studios, Manchester Studios has more than 100,000 sq ft of studio and stage facilities available, including 41,400 sq ft of production space within the former ITV Studios 02, 06, 08 and 12.

Complementing production hubs in Salford and Manchester city centre, Space Studios in West Gorton is expanding to offer 105,000 sq ft of stage space across eight stages on a 17-acre site. And the Sharp Project in Newton Heath, Manchester has 50,000 sq ft of space dedicated to TV and film production.

Greater Manchester’s four universities and University Academy 92 also have production facilities and are producing a pipeline of talent.

Due to open in September 2021 and part-funded by the GM LEP and the Greater Manchester Combined Authority (GMCA), SODA – the School of Digital Arts – at Manchester Metropolitan University is a £35m investment into the workspaces, networks, teaching and research that will drive ideas and innovation across all forms of creative content.

Among them is The Hut Group’s (THG) ICON development at Manchester Airport, which will include content creation facilities totalling 168,000 sq ft.

ICON will house around 2,000 people who will be focused on video production and photography, to be used across THG’s digital offering.

A thriving digital and creative sector is cited in the Greater Manchester Local Industrial Strategy and Economic Vision as a key part of the city region’s future prosperity.

The 2019 publication of the Greater Manchester Local Industrial Strategy highlighted the city region’s strengths in the digital, creative and media sector, detailing how local leaders will “build on Greater Manchester’s position as a leading European digital city region; enable the digitalisation of all sectors; and capitalise on the links between digital and creative industries that feed internationally significant clusters in broadcasting, content creation and media, and maximise growing assets in cyber security”.

Lou Cordwell, chair of Greater Manchester LEP, said: “This is an incredibly exciting time for media and digital content production in Greater Manchester, with the BBC expanding its base at MediaCityUK and new facilities providing opportunities for jobs and skills across the city region. 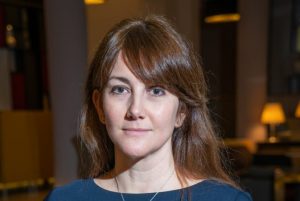 “We now know that Greater Manchester has around a million sq ft of formal media production space as well as stunning locations across the city region which are regularly utilised for film and TV.

“Across film and TV, Greater Manchester provides a production base for hundreds of hours of output annually – entertaining and informing millions of people across the world.”

She added: “The digital, creative and media sector is a cornerstone in the Greater Manchester Local industrial Strategy, and of our Economic Vision, and has always had a vibrant role in our cultural offer. The success of our growing media and content production base can support us in further growth across our £5bn digital ecosystem, creating new jobs and opportunities.”

Cllr Elise Wilson, Greater Manchester Combined Authority portfolio lead for economy, said: “From Granada Television and Coronation Street in the 1960s, through to MediaCityUK, Space Studios and a wave of exciting new projects in the present day, Greater Manchester’s media production industry has become one of our biggest assets.

“We have so much to offer to those who make TV, film and content – outstanding facilities, dramatic locations and access to a huge pool of talent. The sector contributes enormously to our regional economy, employing thousands of people in skilled roles, while also helping the city region maintain its status as a global cultural hub.