Liverpool One owner Grosvenor Britain & Ireland has announced the opening of a new 2,000 sq ft Dr Martens store on Paradise Street at the city centre retail site. The iconic British brand has relocated from Manesty’s Lane, upsizing into a new store next to Vans and opposite JD Sports’ global flagship.

The new Liverpool One store showcases the full range of Dr Martens footwear for men, women, and children, as well as the brand’s accessories and collaborative ranges. Its interior features artwork by local artist Neil Keating, with whom Dr Martens recently partnered as part of its Liverpool iteration of Dr Martens Presents, an initiative that provides grassroots support to local creatives.

Alison Clegg, managing director, asset management, Grosvenor Britain & Ireland, said: “Dr Martens is a well established brand in Liverpool One, with a loyal following that spans our broad visitor demographic. Their performance has always been strong, so we have worked closely with the team to create a new, larger flagship. The store embodies everything this iconic British brand is known and loved for, and will drive their performance to even higher levels.”

Founded by the Griggs family in Wollaston, Northamptonshire, in 1901, Dr Martens is a FTSE250 listed company and a cultural icon with a celebrated association with the British music scene. The brand was an early adopter of customisation, a theme that continues with its current range, and has a rich history of collaboration with artists and designers, such as Jean-Michel Basquiat, Bodega and Mastermind JAPAN.

Kenny Wilson, CEO of Dr Martens, said: “Liverpool One is the life and soul of the city. It is somewhere we have to be and so our new home on Paradise Street is the perfect step for Dr Martens. While we may have a different address, our move is a renewal of our commitment to Liverpool One and this great city.” 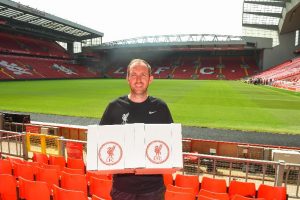 Liverpool Football Club’s community teams will provide food support to almost 9,000 people in their local communities throughout the summer holidays. While Red Neighbours has supported local families throughout all school holidays for the past four years, this summer’s holiday provision has been enhanced thanks to a generous donation from official club partner, NH Foods.

In place of Red Neighbours’ Breakfast Clubs, which usually take place at Anfield during each school holiday, the team will provide 1,160 breakfast packs and essential food boxes to local families – totalling enough food for 4,640 people. The items will be distributed via Red Neighbours’ local school network in Anfield and Kirkby, with each school receiving 20 boxes.

LFC Foundation will also provide 60 meals every day during the six weeks holiday for young people attending their programmes in Liverpool. This support – for more than 500 youngsters – has been possible thanks to funding received from the Holiday Activity and Food Programme (HAF) grant. In addition to this, 200 food parcels, each containing enough food to feed a family of four for seven days, will be delivered to local families in Kirkby, thanks to funding received from Knowsley Council.

And 900 lunches will also be prepared for young people at the Netherton Activity Centre, as part of Sefton Council’s ‘Fit and Fed’ programme, and a further 720 afternoon tea boxes will be provided to the elderly community in Speke through funding from the Steve Morgan Foundation.

Forbes Duff, senior manager Red Neighbours, said: “We know that many families find the holidays financially challenging and during these unprecedented times it’s tougher than ever. We want to help alleviate some of those worries by providing local families with food support so that they can focus on having a fun summer together. Alongside the club and LFC Foundation, we continue to work together with our partners across the city such as St Andrew’s Community Network – home of North Liverpool Foodbank and the Trussell Trust – to continue to tackle the growing issue of food poverty which affects so many families.” 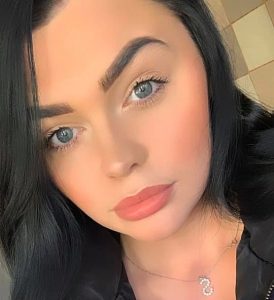 Salford-based connectivity provider, TalkTalk, is set to make a second cohort of positions available at its North West HQ, as part of the Kickstart Scheme.

The Kickstart scheme, launched last year by the Government, provides funding for employers to create six-month work placements for 16- to 24-year-olds in receipt of Universal Credit. TalkTalk’s move follows the success of the first intake of ‘Kickstarters’ earlier this year, which enabled them to create opportunities for almost 50 young people. And the success is already evident with one person having been made permanent within a month of joining the business.

Sophie Eccleston aged 24, from Eccles joined TalkTalk as part of the first Kickstart integration in April this year. Through the scheme, she secured a support role in the enterprise operations team. Just weeks into her placement, Sophie was offered a full time role and became a permanent member of the team in May.

Sophie’s new role is a delivery co-ordinator in the data solutions team. She said: “I am profoundly grateful for the Kickstart Scheme and for the opportunity I have been given at TalkTalk. It has really boosted my confidence – and thanks to the support I have been given, I was able to secure a long term position in just a few weeks. Every single day I am facing fresh challenges and learning new skills at TalkTalk and I am proud of myself for stepping outside of my comfort zone.”

Daniel Kasmir, chief people and procurement officer at TalkTalk said: “Having impressed from the start, we are so pleased to welcome Sophie to TalkTalk on a permanent basis. She is dedicated, hard working and demonstrates the values we hold close as a business. The Kickstart scheme has provided a major opportunity for young people to embark on new careers, learn skills and integrate into businesses during unprecedented times.” 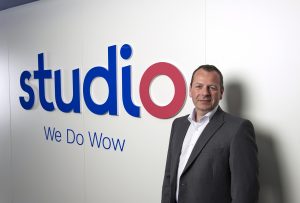 Lancashire-based online value retailer, Studio.co.uk, has announced that family support charity, Home-Start UK, is its new charity partner for the next 12 months. The partnership will see Studio support more than 500 families through Home-Start UK’s network of 13,500 volunteers across the country.

Home-Start UK’s network of trained community volunteers provide tailored support to around 56,000 children in 27,000 families each year. The charity understands that no two families are the same. Whether it’s a struggle with post-natal depression, isolation, physical health problems, bereavement, or feeling generally overwhelmed, Home-Start UK works to help families overcome any challenges they face.

The retailer, which employs over 1,500 people across its sites in Accrington, Clayton, Burnley, Middleton and Failsworth, has long been a fervent supporter of community groups and has a history of supporting charities at a national and local level.

Paul Kendrick, Studio.co.uk managing director, said: “At Studio we want to support communities across the UK by helping them to thrive and we are, therefore, incredibly excited to be partnering with Home-Start UK. The charity has incredible passion and an outstanding track record in helping families and supporting them in getting back up on their feet and overcome challenges they may face.”

Peter Grigg, Home-Start UK chief executive, said: “We are delighted to be selected as Studio’s charity partner and look forward to the impact our relationship will have on families and communities across the country. The pandemic has magnified challenges for parents and children and lockdowns have created so much additional pressure. It means supporting families is more crucial than ever.” 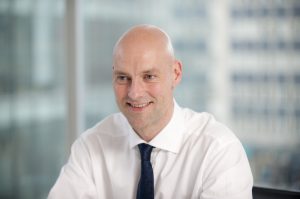 Manchester law firm DWF has advised Zeus Capital in its capacity as nominated adviser and sole broker to Big Technologies plc on its initial public offering on AIM.

Big Technologies is a supplier of products and services in the remote people monitoring market. The IPO listing on AIM has raised £202m, achieving a market capitalisation of £577m.

The deal is the second IPO advised on by DWF in the past week. The DWF team which advised Zeus Capital was led by partner and global head of corporate, Frank Shephard, alongside partner John Campion, senior associate Katy Philips, and associates Ciara Healy and Siobhan Cameron.

Frank Shephard said: “We are very pleased to advise Zeus Capital on this significant transaction on behalf of Big Technologies, who are now the fifth largest company (by market capitalisation) admitted to trading on AIM.

“We also wish the leadership team at Big Technologies well as they continue on their path to become a global disrupter in the remote monitoring market.”