Manchester’s award-winning Manchester India Partnership (MIP) has appointed a new chair, director and board members ahead of the 2021 Manchester-India Business Summit with an aim to re-vitalise and steer the partnership into new areas of growth and success.

The new MIP chair, Simon Arora, chief executive of Liverpool-based B&M Retail, board member of the British Asian Trust, and a highly prominent figure within the Indian diaspora and business community will bring a wealth of new connections and opportunities. Jo Ahmed, global employee services partner at Deloitte and a founding member of the MIP will now take the position of deputy chair.

Shehla Hasan, the former head of the Confederation of British industry in India and South Asia has taken over as director of the MIP, and she will be joined by new board member Vikas Shah, one of the UK’s highest profile entrepreneurs and business commentators representing TiE (The Indus Entrepreneurs).

Daniel Gidney, chief executive of Lancashire Cricket Club, will also join the board to build on the partnership’s broadening of focus on sport and culture and Dr Zubair Hanslot will replace Dr Kondal Reddy Kandadi representing The University of Bolton.

The new board will host the MIP’s annual Manchester-India Business Summit this week on September 9-10, in partnership with The Department for International Trade, at Lancashire Cricket Club, to celebrate and coincide with the England v India men’s cricket test match.

The summit will promote the strong relationship between Greater Manchester and India as well as highlight opportunities around trade, investment and innovation across the two regions, particularly within the context of, and lead up to the UK and India 2030 Free Trade Agreement.

The high profile event, which will include a welcome dinner for special guests, is due to attract up to 100 attendees including leading dignitaries, key India influencers and stakeholders, national and local Government along with representatives from universities across Greater Manchester.

The ‘2030 Roadmap’ was announced in May this year as part of an historic commitment made by the British and Indian Prime Ministers to strengthen work between the UK and India over the next decade covering areas such as health, climate, trade, education, science and technology, and defence.

The MIP was established in February 2018 to unite private businesses, academia and the public sector across India and Greater Manchester to build and strengthen trade, investment, cultural, and educational ties.

Simon Arora said: “I’m really excited to take up this role as chairman of MIP. It’s such an integral time in the UK and India’s relationship with the Enhanced Trade Partnership now in place and clear roadmap ahead. India is a strategic market for Greater Manchester and I’m looking forward to leading MIP’s continued success to further strengthen and deepen ties.”

Jo Ahmed said: “I am delighted to be taking on the role of deputy chair of the MIP, working with our esteemed new chair and director to drive forward the next chapter in the MIP success story at a time when there is so much focus on the importance UK and India relationship and so much opportunity for us to work together across borders for mutual benefit.”

Shehla Hasan said: ” This is truly an exciting time for the Manchester India relationship. The UK and India are progressing steadily towards a closer trade and investment relationship through the Enhanced Trade Partnership. In my long experience of working in the UK-India corridor, more recently as the India head of the Confederation of British Industry, I have seen the Manchester India Partnership grow quickly as a strong brand. I look forward to making this relationship even more robust and sustainable in the long run.”

Tim Newns, chief executive of Manchester inward investment body MIDAS, said: “India was the third most active inward investor in new projects in Greater Manchester between 2017 and 2020, creating a total of 15 projects and over 792 jobs. Now, with a fantastic new team in place, I am really looking forward to seeing how the Manchester India Partnership can build on this tremendous success, by deepening existing relationships and leveraging new networks and opportunities in the lead up to the 2030 Free Trade Agreement.”

Suttons Tankers have appointed Steve Hassall as fleet director to further support the strategic growth plans of the Widnes-based business.

Being recognised by the DVSA as an Earned Recognition Operator, Steve’s role is part of a continuous improvement plan to futureproof the scalability of the business and support the ambitious growth plans.

With more than 30 years in the logistics industry, Steve has extensive knowledge of the fleet Suttons operate, the policies in place and the impact these have on the operation. This well rounded view will ensure that strategic decisions made will have the operation and Suttons’ customers at its core, said the company. 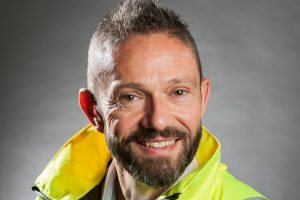 The bulk chemical logistics provider brought in an expert fleet management consultant to review its workshops, engineering, structure, policies and operations. Suttons said it already has a robust fleet strategy and commitment to fleet replacement in place, so the appointment of a fleet director will allow for an increased focus on this area of the business to drive further improvements.

Michael Cundy, managing director of Suttons Tankers, said: “Steve has a strong grasp of our core values, in particular ‘customer focus’ and ‘safety first’ which will be at the forefront of his decision making. Steve has a wealth of knowledge and will be a driving force in heading up our fleet sustainability agenda.”

Steve Hassall said: “With the recent growth of the business and extension of our fleet to over 1,000 trailers and 500 tractor units, I am looking forward to developing and implementing a fleet strategy that will facilitate further growth for the tankers division.”

Law firm Aaron and Partners has announced a series of promotions across the firm after a year of continued growth.

The firm, which has offices in Manchester, Chester and Shrewsbury, has announced five promotions with a new partner, a senior associate and three new associates appointed.

Joseph Fletcher-Hunt has been made a partner in the real estate team having joined the firm in 2019. His work has seen him noted in the Legal 500 directory.

Paul Hennity, also a Legal 500-listed lawyer, has been promoted to senior associate in the firm’s employment team. Paul is highly experienced in both contentious and non-contentious employment matters.

The Chester office also welcomes two new associate solicitors with Joshua Simpson promoted in the firm’s real estate department and Paul Caslin, taking on the role in the wills, trusts and tax team. 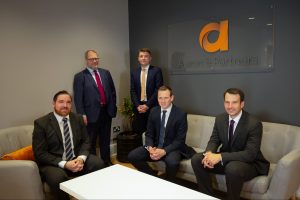 Zoe Lloyd’s development has also been recognised with promotion to associate in the firm’s corporate and commercial team.

Nick Clarke, senior partner, said: “I’m delighted that, again this year, we have been able to recognise the development of our people through these promotions. They have all demonstrated great commitment and excellence in their work for clients and their promotions are well deserved.

“We recognise that our people are the key to continued success and so we aim to create an environment where staff can develop and progress with us. It’s been a challenging year so it’s important that we celebrate achievement when we get the chance and there’s no better example of this than through promotions.

“I’d like to congratulate everyone who has been promoted, and I’m looking forward to seeing the next stages of their development”

Kingswood Homes has made three new appointments to support its ambitious growth plans. 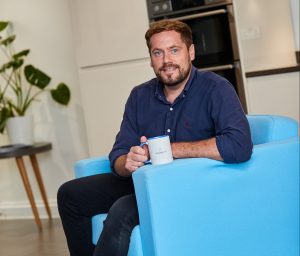 Andy joined the business from Taylor Wimpey Manchester, where he worked as technical manager for almost a decade. He said: “After visiting a Kingswood site, I could see they were passionate and proud of what they were producing – it’s what drew me to Kingswood.”

Andy, a University of Bolton graduate, added: “I want to build a strong engineering team that will help Kingswood get where they want to be in the next five years.”

Hayley completed a management apprenticeship course with Travis Perkins in 2015, where she went on to become assistant branch manager. She made the move into a buying role with Create Homes in November 2019 and recently joined Kingswood Homes as a senior buyer. 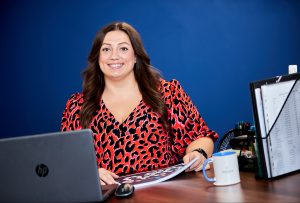 “I already feel very at home at Kingswood, the team are very welcoming, and it has a real family vibe,” said Hayley.

“My merchant background helps because of my knowledge of the materials used on site and products available to us. I’ve built relationships in the merchant industry as a supplier on a B2B platform and now in the new build sector as a buyer/customer, which is a benefit in the current unstable climate where some materials can be hard to come by.

“I look forward to developing my knowledge and experience with Kingswood Homes. There are exciting times ahead and it’s great to be a part of such an ambitious and organised business.” 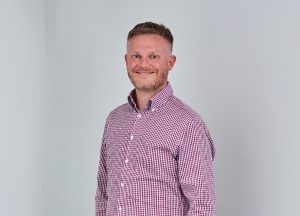 Anthony joined the Kingswood team from Engie, where he was a design coordinator in the regeneration sector. He said: “Joining Kingswood felt like a really good amalgamation of my experience of working for architects and contractors. In my new role it’s a mix of producing construction drawings and technical information for sites and dealing with any queries the site teams have.

“There’s lots of variety – no two days are ever the same and every time you start a new project it’s a fresh challenge.”

Paul Jones, managing director of Kingswood Homes, said: “Recruitment is key to our growth plans as we need to ensure we have the right skillset to drive the business forward. Between them Andy, Hayley and Anthony have a diverse range of experience that will be beneficial to Kingswood as we push towards delivering 250 homes a year.”

Based at the XYZ building in Spinningfields, Cooper and Teal take over from office head Wayne Nash, who is to step down to focus on his leadership role for real estate litigation in the North and the national strategy.

Debra Cooper said: “Wayne has been an exemplary lead for our team and Sarah and myself are privileged to take on this new challenge. The Manchester office embodies Shoosmiths values boasting an innovative and commercially astute team, and we can’t wait to get started, building upon the success of the last few years.”

Debra has been working in the Manchester market since 2006 and is a banking and finance partner, specialising in real estate finance and general corporate lending. She is regularly instructed by institutional lenders, funds, investors and developers on UK and overseas transactions. Debra is also deputy chair of the Northern Investment Property Forum.

Sarah Teal, said: “I am privileged to have been a part of the team that have seen this office grow over the past decade, from us opening our first office in the city as the new kids on the block, to becoming the established player we are today. 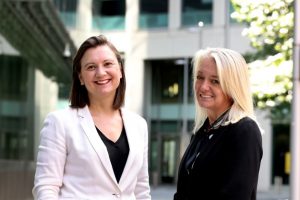 “After an extraordinary 18 months for the business, we have an opportunity to change the way we work – both with our clients and for our teams. Shoosmiths Manchester already has a strong core team of lawyers and people, and we hope to continue attracting some of the industry’s most exciting new talent in this next chapter.”

Sarah joined Shoosmiths in 2012. Her diverse portfolio of clients, from household names to international banks and accountancy firms, has seen her named as a leading individual in the Legal 500.

Wayne Nash said: “I am extremely proud of the Manchester team and all they have achieved in recent years, increasing our extensive line up of leading partners in the region and driving the quality of our client base and experience.

“It has been a particular highlight to build upon our responsible business values and social mobility initiatives, including recent work within our local community alongside key stakeholders to support the Greater Manchester Youth Task Force and launch the Young Person’s Guarantee across the region.

“I look forward to seeing the team’s continued growth as I look to concentrate on the exciting opportunities within our real estate litigation division in the North and national ambitions.”