Alex Ford has joined the Preston operation of Cortus Advisory Group as an associate director within the corporate advisory team.

The team at Cortus is on track to double in size over the next 18 months and continues to recruit and grow at pace.

Alex is the 12th member to join the Cortus Advisory Group team which has also recently opened an office in Preston.

She has followed a particularly interesting career path – having trained as an accountant with PwC, as part of their school leavers programme, moving into corporate finance there and later, on to GCA Altium.

After this she tackled the world of private equity working for Inflexion and most recently she spent six months as head of M&A for a PE-backed business.

Interestingly, she originally trained as a professional dancer before becoming an accountant and actually set up her own dance school which she sold to an individual during her time at PwC.

Nicola Merritt, CEO of Cortus Advisory Group, said: “We are absolutely delighted that Alex has chosen to join the team. We see her skills as being valuable right across the spectrum of the Cortus Advisory Group business bringing her experiences of working on ‘both sides of the coin’ ie, as an adviser and as a principal.”

James Groot, who leads the corporate advisory team, said: “Alex is already making a difference. She arrives with great experience and has all the characteristics we seek in our team members – an inquisitive mind, confidence and a passion to help our clients.”

AJ Bell now has 82 employees who are on, or have recently completed, its apprenticeship programmes. This marks the fifth year AJ Bell has recruited and trained apprentices and 500 applications for this year’s scheme shows how popular and valuable apprenticeships are to young people based in the North West.

Three apprentices will be joining the Digital Apprenticeship Programme, a four-year course which results in a BSc degree with Manchester Metropolitan University (MMU) while working alongside the AJ Bell Technology Services team. 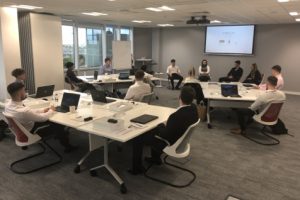 The apprentices will initially take part in a three-week bespoke induction where they receive technical training and hear from senior leaders.

Apprentices who completed their courses at AJ Bell this year have all passed their apprenticeship with 94% achieving distinctions.

AJ Bell received a Highly Commended Award at the National Apprenticeships Awards 2020, which recognise the very best employers, apprentices and apprenticeship champions across the country.

Andy Bell, chief executive at AJ Bell, said: “As a fast-growing business it is important that we attract and maintain a diverse and talented workforce.

“Our apprenticeship scheme plays an important role in that by bringing smart and enthusiastic young people into the business and giving them the training, experience and support they need to forge a career in investments or technology.

“This is our fifth intake and I am very proud to say that every apprentice we have taken on has been offered a full time job at the end of the apprenticeship, with many having secured one or more promotions.”

Irwin Mitchell has expanded its successful private client services team in Manchester with the appointment of a new partner.

Christine Thornley joined on September 14, and brings decades of experience to the tax, trusts and estates team, as it plans its future expansion in the North West.

Christine joins from Gorvins, where she was head of the wills, trusts and probate team, with a focus on trust, estate and inheritance tax planning for families with disabled beneficiaries.

Having joined the firm in 2006, Christine was promoted to partner and head of private client in 2012 and since then, specialised in advising clients and business owners on inheritance tax and succession planning, including advice around securing business property relief.

As a member of the Society of Trusts and Estate Practitioners (STEP) and the holder of the STEP Advanced Certificate in Trust Disputes, Christine has established herself as one of the most recognised private client solicitors in the region. 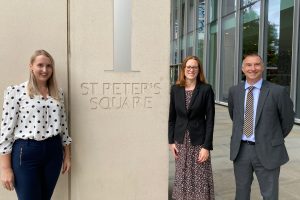 Christine Thornley (centre) with colleagues at the Manchester office

“The office has a strong reputation for successfully supporting clients in the region and I’m looking forward to building on those results as we expand on the firm’s existing private client services work in Manchester and the surrounding area.

“I have a lot of experience in working with clients with complex needs and in joining Irwin Mitchell I know I will be a part of a team that shares those key values of putting clients first and ensuring the best possible outcomes for their cases and their long-term futures.”

Paula Myers, director of private client legal services at Irwin Mitchell, said: “The Manchester office is pushing ahead with expansion plans across all teams and Christine’s appointment is a key part of our objectives for building on our private client services work and we’re thrilled she has agreed to join us.”

“Christine has a proven track record in this field and shares our passion for supporting clients at every step of their journey. Her experience will be invaluable as we look ahead and it’s a pleasure to be able to welcome her to the team.”

Christine’s appointment is part of a period of wider expansion for the Irwin Mitchell Manchester office as a whole. In August, the asbestos team recruited Helen Tomlin as a senior associate and Victoria Cadman as a new associate, both senior hires, with decades of experience in asbestos-related cases.

There have been senior promotions at Bowmer + Kirkland in the North West with commercial director Paul Sykes promoted to regional director following his predecessor’s appointment to the B+K Group’s main board. 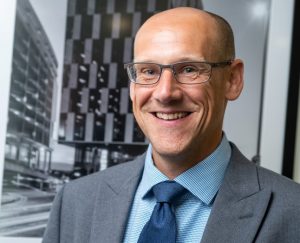 Paul will be supported by three senior members of the team who have all been promoted to associate directors.

Will Noden, Ben Goldstraw and Malcolm Robertson will lead the region with Paul.

After joining B+K as a graduate quantity surveyor in 1997, Paul rose through the ranks and was appointed an associate director of the Bowmer + Kirkland Group in 2007. In 2013 he was invited to develop the North West region alongside Neil Brook. Under their leadership, the region has grown into one of the group’s most successful construction divisions with a turnover of more than £130m. Neil’s appointment to the group main board will enable Paul to continue that success through his well-established relationships with key clients and the group’s supply chain partners. 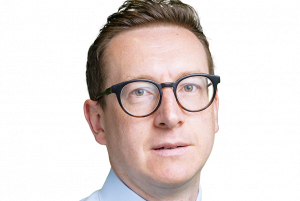 He is recognised for his proactive approach to problem solving to ensure that schemes are continually delivered on time and budget and to the highest levels of quality. Paul, who achieved chartered status of the Chartered Institute of Building (MCIOB) in 2015, has worked in most sectors of the industry and delivered some of B+K’s most high profile and prestigious projects.

Will Noden joined Bowmer and Kirkland as a graduate quantity surveyor after leaving UMIST in 2003. He was promoted through the ranks eventually becoming managing QS in the North West, responsible for negotiating many of the largest and most prestigious schemes within the region, along with overseeing the commercial function once these projects started on site. Will’s experience and commitment has resulted in his appointment to regional commercial director. 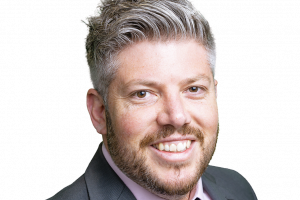 Ben Goldstraw holds a BSC (Hons) in Mechanical Engineering and an MSc in Construction Management and is passionate about sustainable construction. Joining B+K in 2016, after two decades in construction, Ben’s abilities and experience saw him promoted to preconstruction manager. He is respected for his negotiation skills and is B+K lead on several frameworks. As regional preconstruction director he will be a key member of the senior management team within the North West. 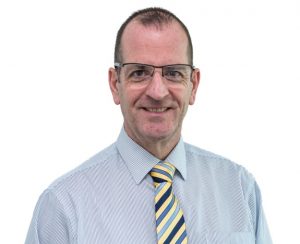 He joined B+K in 2014 as a senior project manager and has delivered and managed projects in all sectors including those on the Department for Education’s framework while rising through the site management ranks in the process.

Moving forward he will ensure that all projects continue to be delivered to the highest possible standards of quality, safety and client satisfaction.

SpectrumX, a UK-based healthcare and pharmaceutical company, has announced an agreement with Aziz McMahon to join as executive chairman. In his role he will focus on investor relations, corporate governance, and the formulation of the company’s new ESG policy.

Earlier this year SpectrumX opened its UK production facility at the Parkgate Industrial EState in Knutsford.

A finance professional, angel and early-stage cornerstone investor in SpectrumX, McMahon brings more than 20 years’ experience in investment banking. He spent the previous 14 years as a managing director, emerging markets, at Goldman Sachs. His other interests include early stage biotech, environmental regeneration and digital assets. McMahon also runs a mentorship programme to promote racial, gender and socio-economic diversity in finance.

SpectrumX is currently closing in on final pre-IPO capital-raising ahead of its planned listing on the London Stock Exchange, in the fourth quarter of 2021. Additionally, the company is set to begin phase II clinical trials of its ground-breaking SPC-069 respiratory therapy, designed to treat COVID-19 as well as other respiratory ailments such as influenza, common cold, bronchitis and pneumonia. Initial in-vitro data shows that SPC-069 is 100% effective at neutralising wildtype, Alpha variant and Delta variant forms of COVID-19. 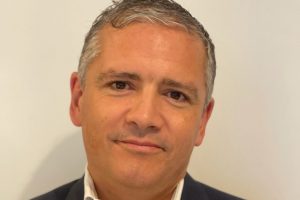 Damien Hancox, CEO & co-founder of SpectrumX, said: “As an early stage cornerstone investor, Aziz has been a key team member and advisor since our inception. We are delighted he has agreed to this appointment, where he will focus his abilities and wealth of experience on the development of our group as we enter this exciting new phase ahead of our listing.

“Aziz believes – as I do – that we truly are on the cusp of one of the most revolutionary treatments since the discovery of penicillin, and that passion, combined with his expertise, makes him the ideal person for such an important role.”

Aziz McMahon said: “Having supported SpectrumX since the outset, I am excited to agree to an executive chairman role, as the company accelerates the development and deployment of its patented chemistry, a 100% safe and effective nature-based cure to all pathogens known to mankind.

“I look forward to ensuring the company continues its path of success as it becomes a public company, adhering to strict ESG standards, including carbon neutrality, transparent investor relations and the highest standards in corporate governance.”