A digital radio upgrade will help to make Blackpool’s bus and tram operations one of the most modern in the UK to meet demand from local users and tourists in the resort.

Blackpool Transport Services, which operates buses and trams throughout Lancashire’s Fylde Coast, will benefit from a brand new digital radio system being designed and installed by Leyland-based communications specialists TES Communication Solutions. The radio upgrade will see the transport operator move away from conventional analogue radio technology to a modern and sophisticated digital system. The works will include a new independent and resilient wide-area voice and data backhaul infrastructure, meaning continuity of operations even in the event of power cuts or cellular outages.

The new radio system will include a multi-terminal digital control desk to monitor and manage the vehicle fleet, essential for the efficient management of events like roadworks, diversions or breakdowns. Each vehicle, including Palladium buses and the modern Flexity2 trams, will have a new on-board radio installed, while inspectors will be equipped with mobile devices to allow them to communicate by voice and data to the main control desk or directly to vehicles. This means drivers will be equipped with better information, faster, and be able to relay this to customers – offering an improved journey experience.

The system has been designed to prioritise passenger and driver safety by using a dedicated control channel that will always prioritise emergency calls, allowing for help and assistance to be arranged immediately, while all emergency calls are recorded for evidence should they be needed. The upgraded system will also have the potential to allow Blackpool Transport buses to communicate with the central control centre when operating out of the greater Blackpool and Fylde area, allowing the operator to provide more long distance services such as rail replacement buses.

Wayne Smith, operations manager at Blackpool Transport, said: “Our relationship with TES and our work to upgrade and future-proof our communications system is part of our wider strategic plans to embrace digital technology and continue to offer the very best for our customers and our staff. Being able to better support our front line staff with additional real time information is a really positive step forward.”

Steve Smith, managing director of TES, said: “This is a huge upgrade on the system and means we can ensure coverage geographically as the network expands. It also means Blackpool Transport has the radio capacity to grow its services while improving driver and passenger safety.” 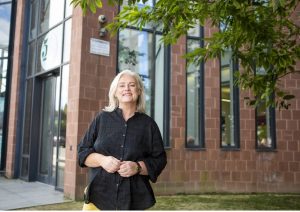 The head of North West social enterprise, The Women’s Organisation, has called on the Government for a gendered approach to policy making during this period of post-COVID recovery that enables and empowers women to be economically active and prevent them from losing out further, following the cut in Universal Credit and the ending of furlough.

Maggie O’Carroll, chief executive of the organisation which operates in Liverpool and Manchester, said: “The end of the Government’s furlough scheme, whilst we knew was coming, serves only as a further financial blow for more than one million people still supported by the scheme, according to the ONS. And frustratingly, though unsurprisingly, this decision will disproportionately affect women.

“Female workers, despite representing less than half of the total national workforce, accounted for the majority of people furloughed throughout lockdown – 51% of those furloughed nationally were women, despite making up only 47% of the total UK workforce. Similar figures are mirrored here in the Liverpool City Region.

“With furlough ending, the stark reality is that many women are now faced with the prospect of having to retrain or accept low-paid, insecure employment. And all of this amidst remaining uncertainty, with experts predicting a surge in COVID cases during the winter months. We won’t know the impact of the end of the furlough scheme until later in the year, but what I can say with total confidence is that reverberations will be felt painfully and immediately, particularly amongst women.”

She said: “I would ask the Government for two things. Firstly, some clear guidance on support and resources they plan to make available in light of the fact that COVID rates are increasing and businesses are being impacted negatively due to employees having to take time off ill. And secondly, I would urge that the Government takes a sex disaggregated approach to policy making, announcing and implementing specific employment, retraining support and childcare investment to enable their re-entry into the labour market and prevent them from losing out further. This is imperative as part of the levelling up agenda and overall economic recovery plan.”

Sharks Community Trust and Central YMCA have joined forces to expand the ‘Sharks Advantage Programme – Powered by Central YMCA’, an employability programme for local 16- to 18-year-olds who may not have had the best school experience, are unsure what to do after their GCSEs, or need a helping hand in finding their next steps.

The two brands have joined forces for one common goal, to break down barriers and empower and support young people into reaching their full potential, preparing them for further studies or employment.

Participants will work towards an Employability qualification at Level 1 or Level 2, as well as gaining either Functional Skills or GCSE Maths and English, life-skills and substantial work placements.

Together, they aim to grow this programme and make an even greater impact on the lives of local young people, the organisations said.

The Advantage Programme will continue to be delivered in Little Hulton, Benchill, Wirral and Moss side by the same staff and will draw from Central YMCA’s 177-years of experience in training and apprenticeships.

The Cumbria family behind Britain’s first holiday park to win a Queen’s Award for sustainability has been presented with the official commemoration of their achievement. The Quiet Site, in Watermillock near Penrith, was visited by Her Majesty’s Lord Lieutenant of Cumbria, Claire Hensmen, who made the presentation which was received by Daniel Holder and his son George at their park near the shores of Ullswater where “green tourism” has been on the agenda for more than 30 years.

Ms Hensman was accompanied by Sarah Dunning whose own Cumbria-based family business, Westmorland Services, also has sustainability at its heart.

Daniel received a certificate signed by The Queen and the Prime Minister, and a crystal glass vase. The Quiet Site is also now permitted to fly the Queen’s Award flag for the next five years. The Queen’s Award for Enterprise in Sustainable Development highlights Britain’s most environmentally-responsible businesses, and this is the first ever win by a holiday park.

Daniel said: “This is an immensely proud moment for us, and a fantastic spur to our efforts to allow people to enjoy this beautiful region without creating a negative impact. Cumbria’s economy relies heavily on tourism to support businesses and provide jobs, and we believe this needn’t be inconsistent with protecting the natural world. For example, we have invested heavily in sustainable technologies over the years, including solar panels and biomass heating, as well as banning single-use plastics.

“We also operate a very popular ‘zero waste’ food shop specialising in Cumbrian produce free from unnecessary packaging, and with the fewest possible food miles under its belt. The Quiet Site’s holiday homes, including our underground Hobbit Holes, are highly insulated, extremely energy efficient, and built from sustainable materials. At the same time they provide an exciting and memorable alternative to traditional holiday accommodation, and are especially loved by young families.” 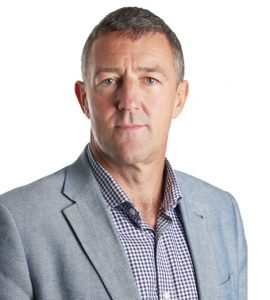 Group and multi-claimant firm Keller Lenkner UK has raised £2,586 in a fundraiser to support the Liverpool Domestic Abuse Service (LDAS). The charity reports that it experienced a significant 45% increase in incidents during the past 12 months alone.

Launched in 2006, LDAS provides support to women and girls in domestic abuse situations, including forced marriages, genital mutilation, honour-based abuse, stalking and coercive and controlling behaviour. In the past year, its staff and volunteers helped nearly 2,600 women and girls in the region.

Johnny Nichols, chief operating officer at Keller Lenkner UK, which has offices in Liverpool and London, said: “Violence against women and girls is on the rise and the pandemic has fuelled the issue. Violence of any kind is unacceptable. In circumstances when the perpetrator is someone known, and even close to the victim, it becomes a more complex problem and makes it more difficult for women and girls to escape the situation.

“The corporate social responsibility team (CSR) at Keller Lenkner UK chose LDAS to help the charity continue its work in the local community. We were delighted to raise a significant sum to support the vital work delivered by LDAS as an essential local service for vulnerable individuals.”

Caroline Grant, director of policy and development at LDAS, said: “Working to eliminate violence against women and girls (VAWG) is what LDAS has been committed to for over 15 years. It is a welcome surprise when we get such a committed response from an organisation outside of the sector. The team at Keller Lenkner UK are genuinely interested in what we do to make women and girls safer in our communities and at home. Never has demand been so great, and funding so difficult for specialist VAWG services. Eliminating violence against females can only happen if everyone, and every sector, seeks to challenge it.”

Chancellor pledges £660m for next phase of Northern Powerhouse...