Manchester cloud, cybersecurity and managed hosting firm UKFast’s apprenticeship scheme has been graded ‘Outstanding’ in all areas by Ofsted, making it the only technology business in the North to hold the highest rating from the education regulator.

The firm’s tech academy received the top grade in all four inspection areas – quality of education, professional development, behaviour and attitudes, and leadership and management. UKFast is one of just two technology firms nationally with the highest ranking, the other being Siemens.

Launched in 2018, UKFast’s learning and development programme has supported close to 100 apprentices, with 79% achieving a distinction against a national average for higher grades (credit or distinction) of 29%. The grading follows UKFast’s recent announcement of the expansion of its apprenticeship programmes and joining with sister tech firm, ANS, to create the largest and most comprehensive digital academy in the North. In September, 30 new apprentices joined the scheme as the first class under the expanded academy programme, delivered from UKFast’s on-site training centre. Jointly, UKFast and ANS will open the scheme to the next class of apprentices in early 2022.

Apprentice, Lucy, turned down three unconditional offers for university when she chose to join UKFast’s Apprenticeship scheme in 2018. She said: “I am building a successful career in one of the most exciting and fast-evolving UK tech businesses right now. I‘ve got big ambitions to continue developing and to expand my experience. I know there is so much opportunity for growth here. I don’t think young people realise how much fun a technical apprenticeship can be if you find the right employer, and just how quickly it can kickstart an awesome career.”

UKFast chief executive, Ian Brown, said: “We are all absolutely thrilled for our learning and development team and for our apprentices. Ofsted’s Outstanding grade is testament to their passion and dedication. Through our training Academy we are developing some of the UK’s best digital talent of the future while providing an amazing workplace for them to thrive in their careers.” 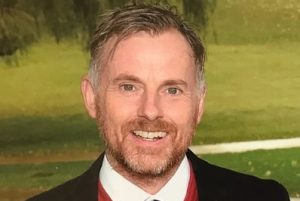 The £120m framework will cover four years and is designed to meet the needs of a range of public sector organisations, including housing, education, blue light, local authorities, and central government.

Fusion21’s framework covers the whole of the UK with the initiative expected to be used on more than 100 projects every year of its running.

AG’s managing director, Jonathan Shaw, said: “It’s fantastic news for our business as we look to grow across the North and expand our service provision in the public sector. The appointment to the framework is especially gratifying after securing a place on JV North’s £560m framework.

“Any member who procures services from the framework will know they’ll be accessing expert property advice due to the stringent selection process we undertook to secure a place on the panel.” 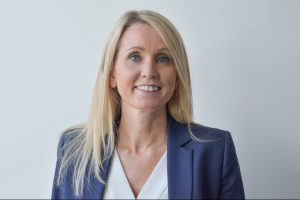 Daresbury-based independent business advisory firm Dow Schofield Watts has launched a new office in Reading as part of its continued expansion across the UK.

The firm, which is known as a ‘challenger brand’ in the accountancy sector, operates a unique licensing model that empowers professionals to run their own business under its brand. It currently has almost 80 professionals in London, Leeds, the North West and Aberdeen, many of them from big four firms, and was recently ranked as one of the top 15 most active corporate finance advisers in the UK.

The launch of the Reading office follows the arrival of advisers Steve and Carla Holmes, who will operate their new business, offering due diligence and tax services, under the growing Dow Schofield Watts brand. A husband and wife team, each has more than 20 years’ experience. Steve, who joins from BDO, previously worked with Haines Watts, EY and Grant Thornton, as well as spending time in industry with GKN Aerospace and GE Capital. Carla, a Chartered Tax Advisor, spent the early part of her career with Haines Watts as a senior manager in technical tax. For the past 10 years she has run her own accountancy and tax advisory practice.

The new office will also provide a base for Gavin Harrison, who leads the DSW debt advisory service in that region. Dow Schofield Watts expects to announce more new arrivals and service lines in the near future.

Nicole Burstow, finance director at DSW Capital, said: “The Dow Schofield Watts business model offers greater autonomy and flexibility for professionals, at a time when many will be rethinking their priorities in the wake of the pandemic, and provides additional choice for clients. The launch of the Reading office will further strengthen our presence in the South as we continue to roll out the model to key towns and cities nationwide.” 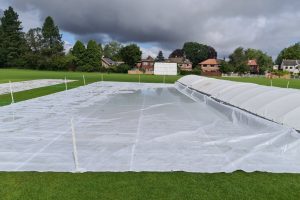 Manchester Airport’s Community Trust Fund has now pledged more than £80,000 to community causes in 2021, after nine grants totalling £23,146.46 were approved. The latest round of donations, agreed in July, follow 17 grants offered at April’s meeting worth £25,770.60, and more than £30,000 pledged after a meeting in January.

The Community Trust Fund has been running since 1997 and has, in that time, provided more than £3.5m in grants to community groups. The airport provides up to £100,000 per year, which is supplemented by fines imposed on airlines for excess noise. Applicants located within 10 miles of the airport site can ask for up to £3,000 for equipment or costed projects, with applications reviewed on a quarterly basis.

Beneficiaries of the latest round of donations include three local cricket clubs, a community-run project encouraging plastic recycling and a Manchester-based charity aiming to tackle food poverty.

Karen Smart, managing director at Manchester Airport, said: “We have had an unprecedented number of applications in recent months from community organisations across Greater Manchester and North Cheshire, as they begin to plan for the future with the end of coronavirus restrictions hopefully in sight. At times like these, we recognise more than ever the important role that our airport plays as an institution at the heart of our community and are proud to be able to support so many fantastic causes with this latest round of donations.”

The Community Trust Fund’s board is next due to meet later this month and is welcoming applications for up to £3,000 from locally based, not-for-profit organisations. 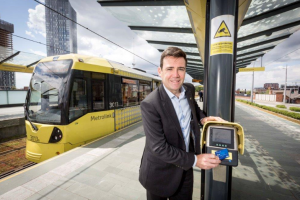 Manchester Metrolink’s ‘London-style’ pay-as-you-go contactless system is proving more popular than ever, with more than five million journeys now having been made since its launch. The tram network’s touch in/ touch out system allows customers to travel quickly, securely and flexibly across the network without the need to download an app or buy a paper ticket.

Initially launched in July 2019, it was further enhanced following the roll-out of the Bee Flex Weekly in September, which means customers can now travel in confidence knowing they will never pay more than a seven-day travel pass when they touch-in and out with a contactless bank card or device. Recent events in Greater Manchester have seen customers embracing the contactless payment system with 123,000 contactless journeys made on the week commencing September 6, which saw Parklife at Heaton Park as well as a Manchester United game.

On Saturday, September 25, 40,000 journeys were made using contactless and a new weekly record of a 141,000 journeys as the region hosted a number of major events including the Courteeners at Old Trafford and the Great Manchester Run.

Andy Burnham, Mayor of Greater Manchester, said: “By making tram travel easier, more flexible and providing value for money for our residents and visitors, pay-as-you-go has been a real game changer for Metrolink customers. I’m delighted by how well it’s been received and I’m sure its popularity will only grow following the recent introduction of the Bee Flex Weekly.”

He added: “It shows what we can deliver locally and is exactly what I want to see across – and integrated with – all our other modes of transport. Our plans are ambitious but achievable and can be the foundations for levelling up the North. Having the Conservative Party Conference in Manchester is a great opportunity not only for me to share our vision with government, but discuss how we can work together to get there – because ultimately we need them to come with us on this journey.”