British manufacturers are accelerating moves away from the National Grid in an effort to reduce the impact of high energy prices and protect themselves from future energy risks.

The company has also received a significant number of enquiries about on-site generation from manufacturing business being hit hard by the spike in gas prices.

On-site generation sees businesses opting to generate their own power rather than taking energy from the grid.

Power is produced on-site using a mix of solar, wind, battery and gas generation technologies. It removes a significant percentage of energy costs that are incurred because of additional tariffs charged by the grid.

“It is a proven means of reducing energy costs by removing additional charges associated with energy from the grid, such as peak rate tariffs and the non-commodity charges that make up more than half a typical commercial electricity bill.” 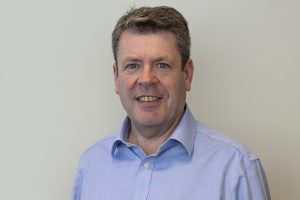 He added: “By generating power onsite, businesses can avoid these non-commodity costs altogether, as well as the risks of fluctuating energy prices. Businesses are also providing some protection from future energy price rises and can often sell excess energy back to the grid.”

And he said that, not only can on-site generation significantly reduce costs, but the adoption of renewable energy generation can be a first step towards net zero for many companies, as well as helping the UK achieve its legally binding climate change targets.