Previously joining Kyma Media in May 2021, as director of social and creative, Hannah has led the agency in doubling its team size and revenues over the past four months. Alongside onboarding several of the world’s largest creators to the syndication programme, Hannah has launched two new Snapchat Discover shows, one of which getting 100,000 subscribers in its first 30 days.

In her new role Hannah will be responsible for leading the business to the next level, as well as taking ownership of building the existing team and ensuring Kyma delivers exceptional service to its clients and creators.

Hannah said: “Joining Kyma was one of the best decisions of my career. I feel so supported and trusted, which is how I thrive. The business is growing rapidly and it feels amazing to be a part of that, especially within Kairos Group, which is one of the most exciting companies in the gaming media space.

“In terms of our plans, we are only just beginning. In 2022 I plan to quadruple revenue as a minimum and based on my calculations, this shouldn’t be a problem. I’m so keen to nurture the business and the people within it. It really feels like we’re on the verge of going parabolic and I am here for the ride.”

Originally from Washington, Tyne & Wear and currently residing in Manchester, the 29-year-old joined Kyma with 11 years of experience in the social media industry, having co-founded Social Chain alongside Dominic McGregor and Steven Bartlett. Listed in Vogue’s 25 Most Influential Women 2018, Hannah’s back catalogue of campaign work includes brands such as Nike, Apple and Amazon.

Mike Craddock, co-founder and CEO of Kairos Group, said: “We’re incredibly excited to announce Hannah as managing director of Kyma Media. Hannah has every quality we’re looking for, she is empathetic, excellent at people management, driven and her social knowledge is unrivalled.

“We’re incredibly confident in placing Kyma in the hands of Hannah to develop tenfold over the coming years. With her leadership, this division will only go from strength to strength, and we’re excited to be on this journey with her.”

Ruth’s primary focus will be to strengthen existing client relationships, and to retain the position as supplier of choice in the field of consultancy and managed testing services.

She will be responsible for the evolution and positioning of a suite of service offerings, including the NextGen Engineering Assurance Framework, to support clients with their strategic initiatives, and ensure these offerings continue to align with the short and long term needs of each individual client. 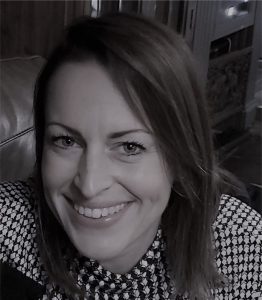 Ruth said: “I am delighted to be offered this opportunity to be part of the Eurofins journey to sell stronger and more compelling managed service propositions to our clients. My experience of working with many industries in the UK, having a passion for achieving service excellence and delighting clients in getting fantastic outcomes is why I am excited to be part of this brilliant team.”

Ruth has worked in the IT industry for the past 20 years, as a lead consultant and service delivery executive for companies including Royal Bank of Scotland, Lloyds Banking Group, Barclays, DTI, DVLA and the Home Office.

Having worked predominately within financial services and public sector, and for larger organisations such as Fujitsu and Avanade, Ruth brings a wealth of experience in ensuring software programmes are delivered practically, on time and within budget. She has a reputation for developing deep and strong client relationships and is regarded as a trusted advisor being able to get the best outcomes for her clients.

Ruth will report directly to the UK systems board and concluded: “As a growing organisation, we are moving more towards managed services to meet every part of our clients’ needs. Understanding and being a part of their long term planning process means that we can align our offerings to better meet our clients’ requirements.”

In her role, Ruth will offer a more advisory input to strengthen Eurofins Digital Testing offerings. She will be its ambassador of change to promote its capabilities far and wide to expand its reputation further.

Jo-anne Lomax has become an equity partner at Morecrofts Solicitors in Liverpool.

Jo-anne, who specialises in family law, originally joined the firm as a legal clerk in 1994 and now leads its office in Allerton Road.

An accredited Children Panel and Resolution Specialist, she has worked across all areas of family law and now specialises in the area of children law, which includes public and private law children cases, special guardianship matters and adoption.

Having studied part-time at Liverpool John Moores University to achieve the ILEX qualification in 1998, she later qualified as a solicitor in 2005. After leaving the firm for a period, she returned in 2011 and was appointed a non equity partner in 2016.

Morecrofts is headquartered in Liverpool city centre and has six offices around the Liverpool City Region. It received the Family Law award at the 2019 Liverpool Law Society Awards. 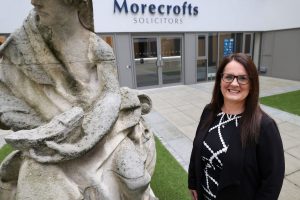 Lomax said: “If someone had said to me 27 years ago that one day I would sit around the table as an owner of this firm, I’d never have believed them.

“Morecrofts has been a part of Liverpool’s professional landscape for 208 years and it is an absolute honour to be able to make a contribution to the rich tapestry of such an established and highly-respected firm.”

Alison Lobb, managing partner at Morecrofts, said: “I am delighted to welcome Jo-anne to the equity partnership. Her contribution to the ownership of the business will be invaluable.

“She’s a much loved member of our family and we were delighted when Jo-anne decided to ‘come home’ some years ago, after a spell working elsewhere. We are lucky she has chosen to be part of the leadership and ownership of the firm for years to come.”

Industrial asset management specialists NSM has appointed Jacqui Saunders as associate director, with immediate effect, based in its North West office at Newton-le-Willows.

Jacqui joins the growing company which manages a range of logistics, SME and office assets across the North and Midlands. Its portfolio under management has grown to £374m so far this year.

She was previously property manager at The Arch Company, Manchester, and before that worked for Savills in its property management division. Jacqui’s 18-year career has also included stints at Langtree Group and Assura. 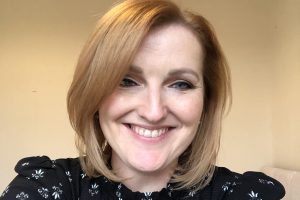 NSM managing director, Nicky Jones, said: “Jacqui is a great addition to the team and has settled in very quickly. Her knowledge of the Yorkshire, Midlands and North West property markets is extremely strong and is already proving to be a real winner with both our clients and their tenants.”

Jacqui added: “I’m delighted to be joining NSM which hold a large and diverse portfolio of assets across the North. It’s great to return to where my property career began and I’m excited to see how I can contribute to the company’s continued success.”

NSM says it is in a uniquely strong position, in addition to managing more than 5.1 million sq ft of industrial property across the North, the company also markets many of the properties, handles lettings and is overseeing the delivery of new builds which will, ultimately, come into the management portfolio.

It currently looks after 539 units nationally with a rent roll in excess of £17.10m.

Browne Jacobson has appointed Graham Ball as the new head of its banking and finance team in Manchester.

The appointment follows a period of sustained growth for the firm’s national banking practice which is on track to deliver 20% growth for the 2021/22 financial year.

He has been listed as both a ‘key lawyer’ and ‘recommended’ in the UK Legal 500 in the past three years and joins from the Manchester office of Squire Patton Boggs where he was a legal director in its financial services and banking team.

Paul Ray, national head of banking and dinance at Browne Jacobson, said: “We are delighted to welcome Graham whose arrival is a great boost for our banking practice. Building our Manchester presence and business is a key component of our overall growth strategy.

“With over two decades of experience in the banking sector Graham has all the credentials needed to build on the presence and credibility we have established over the last few years and fulfil our ambition of having a top tier banking practice in Manchester.” 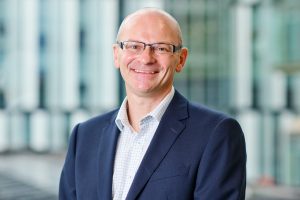 The appointment is the first in a series of significant appointments Browne Jacobson is looking to make as it plans to expand its operations in Manchester following a period of sustained growth which has seen the office post nine per cent revenue growth for 2020/21, marking a 74% increase in revenues for the office since 2017/18.

Dai Durbridge, head of Browne Jacobson in Manchester, said: “We are delighted to have Graham come on board. It has been a challenging 18 months for everyone but our appetite for growth and investment in our teams since we first opened in Manchester nearly 10 years ago has never waned.

“As a firm and office, we continue to go from strength to strength and it’s an exciting time to be joining us.”

Graham Ball said: “I am delighted to be the firm’s new head of banking in the North West. The potential to grow the banking practice in the region even further was a major factor in my decision to join the firm and I am very excited at the challenge that lies ahead.”

Browne Jacobson’s banking team has extensive expertise in all aspects of banking and finance from corporate lending transactions, real estate financing, acquisition and leveraged finance to asset-based lending, debt refinancing and restructuring work. It acts for a wide range of public and private sector clients including some of the UK’s leading banking institutions, local authorities, and housing associations.