All three are experienced private client lawyers who deal with wills, estate administration, lasting powers of attorney and Court of Protection work.

Rachel and Louise will primarily be based at Beswicks’ Altrincham office, while Nadia will join the private wealth team at the firm’s Stoke-on-Trent headquarters.

“They are all extremely skilled lawyers whose experience further boosts our highly-regarded private wealth team.”

Everton in the Community has appointed Richard Cronin as its new executive director to oversee the continued growth of the official charity of Everton Football Club.

The appointment of Cronin comes after Richard Kenyon stepped down from his role as the charity’s chief executive to take on an expanded and strategically pivotal role for Everton as the club’s director of communications, revenue and international growth. A key focus of Kenyon’s new position is to maximise the opportunities associated with Everton’s new stadium development.

Cronin takes the helm as executive director after an unprecedented period of growth for the charity, overseen by Kenyon since his appointment as CEO in 2018. In the past three years the charity has achieved record breaking revenues in consecutive years, in line with an ambitious growth plan devised by Kenyon.

Having doubled the size of the charity and significantly increased the number and breadth of the projects delivered, Kenyon hands the reins over to Cronin with the charity perfectly poised to drive forward the opportunities presented by the Goodison Legacy – a £100m community-led regeneration project. 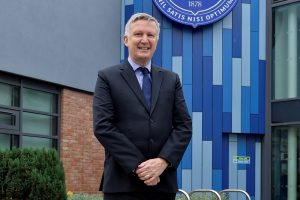 Cronin brings a wealth of knowledge and expertise to the role as an experienced teacher and leader with more than 30 years in the profession, he is a recently retired principal who has worked across several educational settings, most recently holding the position of principal of Everton Free School and Football College for many years. During his tenure at the school, he oversaw significant growth and expansion, including successful collaborations with Everton in the Community to the benefit of its students, its staff and volunteers and the local community.

In his new role with the charity, Richard Cronin will work closely with its existing directors and board of trustees to grow and develop the club’s charitable arm with a specific focus on its educational portfolio and enhancing the many opportunities presented by the Goodison Park Legacy Project.

Richard Cronin said: “The opportunity to join Everton in the Community at such a progressive time in its history is incredibly exciting and I look forward to working closely with its fantastic team of directors and dedicated and committed staff to continue to drive the charity forwards.”

Richard Kenyon said: “I look back over my three years as CEO with great pride at what we have collectively been able to achieve together. Everton in the Community stepped up to the challenges of the COVID-19 pandemic and supported tens of thousands of people when they needed it most and is emerging from the pandemic stronger than it’s ever been.

“I would like to thank the board of trustees for their strategic guidance, our fantastic team of directors for their dedication and commitment in ensuring that Everton in the Community is at the forefront of social intervention and all staff and volunteers who I have had the pleasure of working alongside for the last three years.

“I have never met a more passionate and caring group of people and they are the heartbeat of our magnificent charity. I wish Richard every success in continuing to drive the charity forward.”

As well as a series on internal promotions chief executive Chris Bird has welcomed a number of new additions to the team.

The new executive team includes Claire Dyson as deputy CEO. Claire is the longest serving member of the team with 26 years in the business. Still maintaining her role as head of sales and customer services for Club La Santa UK & Ireland, Claire will support Chris Bird in the day to day running of the business, enabling him to focus on future strategy and development.

New to the executive board are three new appointments and three internal promotions. Tim May has joined the team as finance director, Natasha Haggart as director of marketing and communications, and Tim Przybysz as director of international operations.

Internally Paul O’Halloran has been promoted to head of sales UK and Europe, Clement Cicuto to general manager Europe and Fidelma Alford to territory manager Ireland. 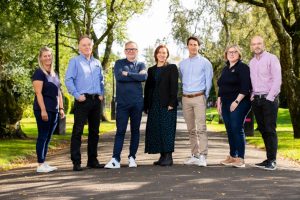 Tim Przybysz has a lengthy career in the travel sector and joins the team from Destinology where he was director of sales, customer experience & marketing since 2017. Tim is working with his new team to innovate the product offering in line with customer demand.

In the marketing team Natasha Haggart has joined from Informa Markets where she was marketing director of Aviation Week Network’s Routes portfolio. Natasha will be responsible for the marketing activity across all brands and will lead an expanded marketing team.

Heading up the sales team is Paul O’Halloran. Paul joined Sports Tours in 2019 having held a senior position in the Guardian Media Group. In his new role Paul will be responsible for all brands including Sports Travel Ireland and Sports Tours France.

At Sports Tours International France Clement Cicuto will continue to develop and build the presence in Europe, and at Sports Travel International in Ireland, Fidelma Alford will be launching a new office in the new year and recruiting a Dublin-based team.

In finance Tim May will be developing and expanding the new team to support the business’s growth. He joins from Holidaybreak where he spent nearly 30 years in the finance team.

Chief executive Chris Bird said: “The new team have brought a real energy into the business which, as travel begins to open up again, the timing of their arrival is perfect.

“Those that have been with us throughout the pandemic have worked tirelessly to ensure that our customers have felt supported. The experience of Claire, Paul, Clement and Fidelma is incredibly valuable, and they have all worked throughout this difficult time and managed the unprecedented circumstances brilliantly.”

The Sports Tours International team is now looking ahead to an exciting 2022, with a number of product innovations being developed, together with the return of some well known events. New events are also being added to the portfolio which will support growing customer demand for mass participation events and active holidays and will better serve the active lifestyle community at its heart.

Liverpool housing group Plus Dane has appointed Paul Knight and Claire Ryan to its top team. The pair will join Ian Reed, who was appointed as chief executive in December 2020, to make up the new executive team.

Paul Knight, currently interim executive director of neighbourhoods at Plus Dane, will take over as the chief operating officer, with Claire Ryan being appointed to the deputy chief executive role.

Paul has a career in social housing spanning over 30 years during which time he has held leadership roles in Your Housing Group and Chester and District Housing Trust as well as interim executive roles. He said: “Having worked and enjoyed a number of senior interim roles before joining the organisation, also as an interim, I quickly felt a real connection with Plus Dane, its passion, people and ambition and I knew I wanted to stay on a more permanent basis and be part of Plus Dane’s future if the opportunity arose.

“I am delighted to have been appointed as the new chief operating officer, leading a fantastic team, completely focused on doing its best for our customers.” 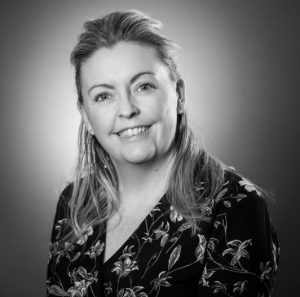 Claire Ryan started her career at CDS Housing, one of the original housing associations that joined together to become Plus Dane. She is currently a member of the executive at South Liverpool Homes where she has been part of the senior team for the last 11 years.

She said: “I can’t wait to re-join the team at Plus Dane in the newly established role of deputy chief executive, and play a key role in leading the organisation in its next phase. Having worked previously with Ian and so many of the team, it’s exciting to be going back, taking with me everything I have learnt in the last decade.

“I am driven by a real passion for social housing and the opportunity to deliver life changing services for tenants, and creating a more diverse and inclusive society. Knowing that this aligns with Plus Dane’s ambition was a key factor in deciding this was the right move for me.”

Chief executive, Ian Reed, said: “I couldn’t be more pleased with the outcome of our executive recruitment. Having included board, customers and colleagues in the process, to get a unanimous decision on the preferred candidates, in what was a really strong field, is both exciting and reassuring.

“Paul has been at Plus Dane for 13 months and has established himself with our teams and customers so its great that he’s staying with us. I’m also really looking forward to welcoming Claire back – she’s one of our own and returns with a wealth of experience that will strengthen Plus Dane’s leadership further and help overcome the challenges facing our customers and the housing sector more widely.”

Manchester commercial practice Beyond Corporate has appointed James Corlett as partner and head of its expanding commercial team.

James, originally from the North West, previously worked at international law firm Fieldfisher across both their London and Manchester offices.

He specialises in commercial contracts, IP, and technology transactions. He has extensive in-house experience and advises a wide variety of clients, ranging from fast growth start-ups to globally listed companies, on the full range of commercial agreements, IP, distribution, franchising, data, and commercial law-related issues.

Highly experienced in dealing with manufacturing, services and consumer-facing agreements, James also has expertise in the retail sector, with a strong track record in acting for food and beverage clients, as well as being in-house counsel for an international fashion retail group, providing extensive cross-border and franchising experience.

The specialist practice Beyond Corporate is part of Beyond Law Group, a disruptive legal business whose strategy is to create, build and manage specialist legal practices under one modern business structure.

The group’s clients and employees enjoy the sense of personal service sociability, identity and teamwork associated with specialist practices, but can also be confident that they are working with the strength of a modern and diverse legal business. The group currently has a portfolio of three practices, McAlister Family Law, Beyond Corporate and Beyond Conveyancing. James’s appointment will make him the sixth partner to be appointed by the group in the past year as it continues its ambitious growth plans. 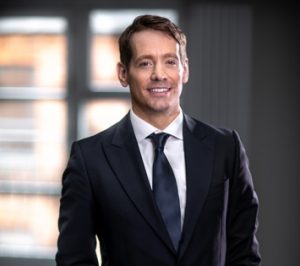 James said: “At this stage in my career I wanted to be part of something that was progressive, modern and which had a dynamic culture.

“Importantly the group has demonstrated that it is prepared to back and support its managers and partners, and is forward thinking in its approach to everything that it does.

“I am looking forward to growing the commercial team and its client base, whilst working closely with the group’s other practices in order to offer an even broader range of services to its clients.”

Matt Fleetwood, the group’s founder, said: “James is an extremely experienced commercial lawyer and a fantastic addition to the wider corporate team. His experience and expertise complement our existing offering and, as an individual, he will contribute strongly to the management direction and culture of the corporate practice, and the wider group as a whole.

“His appointment reflects the group’s strategy of putting together expert teams of the highest calibre lawyers across a range of specialisms. I’m delighted to welcome him to the group.”