TheBusinessDesk.com’s Alex Turner makes the case that the political atmosphere is putting wind into a different approach to delivering real progress on climate change 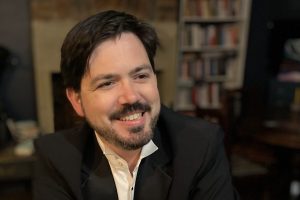 Torrential rain, blocked train lines, and entitled diplomacy. The UK has stumbled to the COP 26 start line by giving its global visitors some of the highlights of a traditional British welcome.

It is a gathering of global leaders in desperate search of leadership.

The Queen was brought out to issue her words of encouragement as she said: “It is the hope of many that the legacy of this summit – written in history books yet to be printed – will describe you as the leaders who did not pass up the opportunity; and that you answered the call of those future generations.”

Inadvertently the Queen has shown us one of the central problems: generations think and act differently.

How many history books will ever be printed that capture the legacy of this summit? Digital media means that anyone reading about the success or failure of COP26 will almost certainly do that on a screen and not on the printed page.

It will be several years before the first drafts are written of any of those history books.

But already the reach and immediacy of social media means millions have seen Greta Thunberg joining in an impromptu Scottish singalong of “you can shove yer climate crisis up yer arse”.

It might lack some of the polish and practised rhetoric of the political statements, but it was the most memorable statement from day one at COP26.

And it stands as good a chance of any statement of having a genuine legacy because it speaks to a mindset of a generation. One that says we’re not listening any more. It says you’ve had your chance and we don’t recognise your authority.

Thunberg addressed a rally outside the main conference and said: “Inside COP there are politicians pretending to take our future seriously.

“We say no more blah-blah-blah, no more exploitation of people, nature and the planet. No more whatever the f— they’re doing inside there.”

The tone is one of revolution, not reverence.

And while the language is different, the sentiment is shared by others who are no longer waiting for national leaders to show the way.

Last week Greater Manchester mayor Andy Burnham’s Budget briefing included criticisms of the reduction in air passenger duty on domestic flights (“it was odd to hear the chancellor prioritising cuts to airfares”, he said) and of the Government’s attempt to put some fizz into its financial plans.

“I would have preferred to hear slightly less about carbonated wine and much more about a decarbonised economy,” he quipped.

Now the voices of England’s regional mayors are not going to be heard at the United Nations Climate Change Conference. After all, they weren’t really heard at the Labour or Conservative party conferences either.

But then actions speak louder than words.

And on climate change, as with many of the major issues of the day, it is the local voices that are being translated into impact. 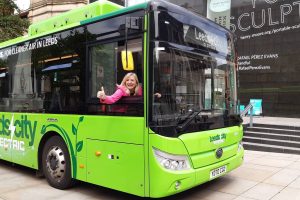 The net zero ambition of many UK cities is at an accelerated rate to the UK Government’s plans. The Leeds Climate Commission, Birmingham’s clean air zone, Liverpool’s Year One Climate Action Plan are demonstrating that our city leaders believe the best time to take action is now.

They also see, and want to seize, opportunities for high-value jobs which will be central to an industrial revolution that can improve lives.

The English metro-mayors are out in force in Glasgow, to learn so they can lead. And they are not alone.

The Mayor of Paris Anne Hidalgo, from the unlikely backdrop of a Browns restaurant in the city, tweeted her support.

The two mayors had discussed two of the most pressing issues of the moment: the economic and ecological impact of the pandemic on our cities, and the importance of trusting local elected officials to effectively fight climate change.

Covid-19 and climate change are both global challenges but those histories-yet-to-be-written may well tell us they were most effectively fought at the city region level.

Free Bus Sunday, which took place earlier this week across West Yorkshire, is one small example of the attempts to bring about behavioural change. There have been, and will be, many, many more.

It is Greta’s message delivered with a regional accent. Let us not worry too much about whatever it is they are doing in there, but what we are all doing here.