Transport Secretary Grant Shapps has confirmed that the eastern leg of HS2, from Birmingham to Leeds, has been scrapped, and plans for Northern Powerhouse Rail downgraded.

Speaking in the House of Commons this morning (November 18) Shapps said “a rethink is necessary” because the original HS2 plans would “take decades to deliver”.

The Transport Secretary announced a £96bn investment plan that would see three new high speed rail routes introduced, from Crewe to Manchester, from Birmingham to the East Midlands Parkway station, and from Warrington to Manchester to West Yorkshire.

But critics say these would be a mix of existing lines and new sections.

And a proposed new line linking Leeds, Bradford and Manchester has been scrapped.

He said most of the £96bn rail investment is not “new money” but “crumbs off the table”.

Cllr Louise Gittins, interim chair of Transport for the North, said: “Today’s announcement is woefully inadequate. After decades of underfunding, the rail network in the North is not fit for purpose. 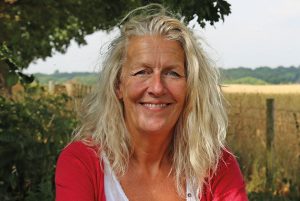 “It is largely twin-track Victorian infrastructure trying to cope with the demands of a 21st century economy. Leaders from across the North and from across the party political divide came together to ask for a network that would upgrade the North for this century and in line with the rest of the country. Our statutory advice asked for an over £40bn network, but the Government has decided to provide even less than half of that.

“The leaders of the North, jointly with government, have worked hard to come up with an evidence-led plan to help reverse the chasm of under investment over the last four decades to give passengers in the North a railway network fit for today and for generations to come.

“That doesn’t mean a bit here and a bit there of minor upgrades to the existing network.

“It means transformational change for the whole rail network. That means building HS2 and Northern Powerhouse Rail in full. That means good east-west connections, improved reliability and a better customer experience to bring about modal shift to meet our decarbonisation strategy.”

“If we truly want to level up the country we don’t need words and promises. We need commitment. We need investment. We need government to make good its pledge to the North and to deliver funding so we can deliver value back into UK PLC.”

“The Integrated Rail Plan (IRP) is a significant investment that will go some way towards modernising our ageing rail networks and can be delivered at pace.

“But businesses across the Midlands and Northern England will be justifiably disappointed to see the goalposts have moved at the 11th hour, and concerned that some of the areas most sorely in need of development will lose out as a result of the scaled back plans.”

The Northern Powerhouse Partnership said the cuts will save just £4bn, and short-change commuters and businesses.

Director, Henri Murison, said: “Watering down Northern Powerhouse Rail for the sake of only 10% of the overall original budget of £39bn is unforgivably short-sighted from the Treasury.

He added: “We won’t be hoodwinked into believing we’re getting £96bn for a transport revolution in the North.”

Steve Rotheram, Mayor of the Liverpool City Region, said: “The Integrated Rail Plan was a once in a generation opportunity to revolutionise our country’s rail network. Properly delivered, it had the potential to be as transformative for rail travel as Stephenson’s Rocket.

“Instead, they have proposed a service that could have been promoted by Gladstone in the Victorian era.

“What we have seen is a government pretending to deliver that transformation but doing it on the cheap. Communities across the North have been held back for decades, forced to accept sticking plaster solutions and grossly underfunded by government. Today’s announcement is a continuation of that.

“Earlier this year, I warned that the Government were heading towards this path; that they would try to force us to accept a cheap and nasty option that would be detrimental, not only to our region, but to the wider North and UK as a whole.

“It won’t deliver the £16bn of economic benefit we were promised, it won’t free up freight capacity or take heavily-polluting HGVs off the road, and it won’t help connect our region with opportunities across the country. Instead, it looks set to cause us all of the pain of years-long disruption with none of the benefits on the other side – and won’t be delivered any faster than existing plans.

“The Prime Minister and Chancellor are both on record talking about the vital importance of NPR to the North’s prospects. What does it say to 15 million people across the North when they have chosen not to deliver it?

“It’s not too late to fix this. My door is open if the Government are serious about levelling up the North and want to engage with us.”

Chris Fletcher, policy director at Greater Manchester Chamber, said: “The original aim of previous schemes and strategies such as the Northern Powerhouse, was to add in vital extra rail capacity that would allow the unlocking of labour markets across the North to allow the easier movement of people to access a wider range of job opportunities. 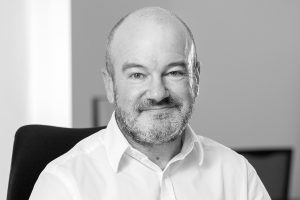 “Extra capacity is also needed for freight, which could, in turn, help take more trucks off the roads. We were expecting news that would deliver this capacity and finally deliver a public transport system that works for everyone. This would have given a genuine boost to the economy and help deliver what, we think, government means by levelling up.

“It would have also made a significant impact on net zero targets by allowing the removal of thousands of car journeys by giving people a genuine alternative where currently one does not exist.

“Instead, we have a patchwork quilt of upgrades that roughly costs the same, will mean greater disruption to existing users and will not deliver the capacity uplift that is needed.

“More trains on existing track can only result in a poorer service than at present. We have been down this route before following years of upgrades on the West Coast Mainline that went over budget, over timescale, created huge disruption for passengers and didn’t deliver the long term improvements they needed to.

“Whilst the new high speed lines are welcomed, they still fall way short of what is actually needed, what many were expecting and, indeed, the delivery of which we had been assured of by government. Upgrades are fine but will not deliver the step change we need or have needed for the past decade to unlock economic growth in the North and beyond.”

Stephen Church, EY North markets leader and Manchester office managing partner, said: “As businesses continue to invest and grow across the whole North region, improved transport infrastructure and rail connectivity is essential to ensure the maximum economic impact from such developments is unlocked.

“Although positives can be drawn from the IRP, including the two new high speed lines planned between Crewe to Manchester and Warrington to Manchester – which are vital links into the city – and the electrification of lines across Leeds, Liverpool and Manchester, today’s announcement will leave many feeling more must be done.

“Whatever the final plan will look like, it’s important that it benefits and enhances the lives of people who live and work in the North, especially given announced delays to the HS2 eastern leg. To truly level up the region, the integrated rail plan must allow people to travel efficiently between areas, and make informed travel choices which support the country’s net zero ambitions.”