Warrington commercial property company Langtree has praised the ‘enormous efforts’ of its team and partners in insulating the business from the financial impact of the pandemic.

In its results for the financial year 2020/21, chairman Tim Johnston highlights a 35% increase in profit before tax to £2.3m, from £1.65m and an 81% increase in net asset value to £11.4m as evidence of the effectiveness of its response to the COVID crisis.

The company, which specialises in joint ventures and partnerships with local authorities as well as providing asset management services to institutional landlords, now has more than three million square feet of space under ownership or management, covering more than 600 tenants.

During the financial year Langtree assumed the management of a large, multi-let industrial portfolio in the South West which added more than £100m to the capital value of its managed portfolio, along with more than 130 new tenants.

Its residential portfolio increased by £50m in value after assuming responsibility for a ground lease portfolio with more than 85 sites nationwide. 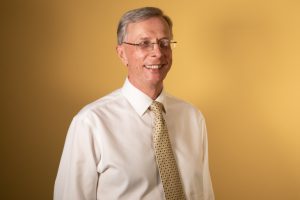 Mr Johnston said: “There won’t be many years as challenging as the last one and huge credit is due to all the team for their planning and hard work.

“We’ve continued to invest in our strategic partnerships and that will pay dividends in the coming year and beyond. The business is in very good shape in every regard and it’s particularly pleasing to see that the company has sustained its focus on environmental best practice and the part it plays in the communities it serves.”

Group chief executive, John Downes, said that a number of major projects were moving into either construction or lettings phases and says that the coming year will be “pivotal” to the firm’s longer term growth.

“Parkside Colliery goes on site shortly and we have already begun planning for Phase 2 of the scheme,” he said. 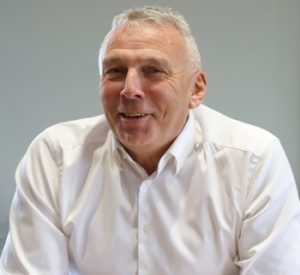 The one million square foot first phase, along with a new link road to the M6, received consent from the Secretary of State in November and are described as ‘game-changers’ for the St Helens economy.

The company’s Sci-tech Daresbury science and technology campus, in partnership with Halton Council and the Science and Technology Facilities Council, will see three new buildings totalling 42,000 sq ft completed in January and Downes says that interest in all three is “very strong”.

He said: “We’re delighted to have recently received planning permission for the next extension to the campus, which we have called Ultraviolet.”

The first phase to the company’s partnership project with Oldham Council at Hollinwood Junction on the M60 completed in the autumn and plans are now under way to submit a planning application for 150 residential units as part of its Phase 2 ambitions.

Langtree’s joint venture with Warrington Council, known as Wire Regeneration, will also take “a big step forward” in January, says Downes, with the relocation of the bus station at Wilderspool Causeway to a site north of the town centre.

“This is significant in that it frees up the largest single site in the Southern Gateway regeneration zone and will allow us to push on with our wider ambitions to transform the area.”

Design work is under way for the refurbishment of the large St James Business Centre next door and Langtree says it hopes to conclude the financial deal for the construction of Bevan Mews, the Southern Gateway’s first residential project, which will provide 150 new homes when complete.

Chairman Tim Johnston hailed the relationship with the company’s shareholder, PGIM, which he says provides the company with the financial bandwidth required to deliver on its diverse growth ambitions.

“Our relationship with PGIM will allow us to combine Langtree’s experience and knowledge of the market with PGIM’s considerable financial strength.

“The added value they bring will benefit both our existing partnerships’ investments and allow us much more scope to now look to identify new opportunities.”