With more than 20 years in the sector, Vicki is a high profile family lawyer, regularly called upon to offer her expertise in complex disputes involving children, family breakdown, issues of domestic abuse and concerns around drugs and alcohol within families.

Vicki is an accredited specialist in high net worth divorce and children matters and her career success to date has also seen her represent and protect well known clients and their children from media attention, as well as cases involving substantial assets and complex financial relationships to ensure the best settlements for her clients.

Mark Heptinstall, partner and head of the family team at Slater Heelis, said: “Vicki is such a highly regarded and extremely successful family lawyer in her own right.

“She is meticulous in her pursuit, yet understanding and empathetic, which are all key assets we look for and which will ensure she plays a key role in the family law team based out of Manchester office.”

With a raft of accolades to her name, Vicki has been recognised in the Legal 500, named in the Chambers directory and also listed in City Wealth as a leading matrimonial and family lawyer.

Vicki said: “Slater Heelis has an enviable reputation and I am delighted to be joining them to help strategically steer the team and the wider firm to ongoing success. I have been watching the firm grow in stature and success whilst nurturing the talent of the future and I look forward to playing my part in that going forward.

“My experience of working with high net worth divorces involving complicated financial issues, entrepreneurs and media personalities is quite niche and this is something I am keen to continue.”

Real estate services specialist JLL has strengthened its support for the North West industrial and logistics market with the appointment of director Ruth Leighton.

Based in the firm’s Manchester office, Ruth joins JLL North West’s industrial and logistics team from Avison Young where she spent 20 years supporting and devising strategies for the acquisition, development, letting and sale of industrial facilities for a range of high profile occupiers, developers and clients.

Ruth will work closely with JLL North West’s five-strong industrial team, headed up by former colleague Andy Pexton, to grow its portfolio of clients with a specific focus on the region’s multi-let sector. 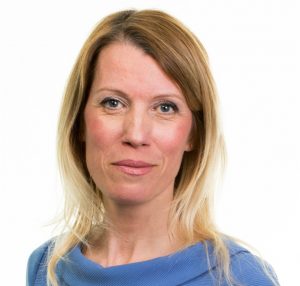 Ruth joins as JLL’s Manchester office continues to grow following its occupancy of 14,000 sq ft of Grade A space in the city’s Landmark building. JLL North West increased its headcount by 29% in 2021, adding a further 36 new employees to its now 170-strong team.

Andy Pexton, lead director for industrial and logistics at JLL North West, said: “Logistics and e-commerce continue to be a major driver of growth for us and the region as a whole, with almost three quarters of firms operating in the sector expecting to increase their turnover in the next five years.

“Ruth’s extensive experience in the multi-let market provides us with a unique niche and, critically, will bolster our ability to support clients across a broader spectrum of instructions. Having worked closely with her in the past, I’m looking forward to the positive contribution she will make to the team.”

Ruth Leighton said: “Multi-let industrial estates are one of the most in demand asset classes across UK real estate sector, so it’s an exciting time to reinforce this specialism in the team.”

Greater Manchester-based solicitors, Gorvins, is strengthening its senior team with the announcement of three solicitors being promoted to the role of senior associate solicitor.

Gemma Lingard and Rowan Uren have both been promoted to senior associate solicitors in Gorvins’ corporate and commercial team which in 2021 saw the team achieve record results including advising on more than 25 significant deals with a combined deal value in excess of £160m.

Gemma has been at Gorvins for 15 years and started as a trainee in the corporate and commercial team, before qualifying as an associate solicitor. Gemma specialises in advising new start-up businesses, drafting terms and conditions of business and mergers and acquisitions work for owner managed businesses. 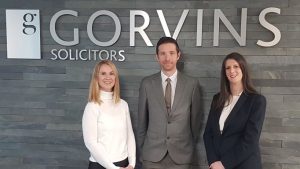 Having joined the corporate and commercial team eight years ago, Rowan’s focus is on transactional work including mergers and acquisitions and corporate reorganisations. Rowan is also the chair of Gorvins Charity Committee, which involves selecting and fundraising for the firm’s charities of the year.

Kerry Lees-Russell has been promoted to senior associate solicitor in the family and matrimonial team. With more than 11 years’ experience in family law, Kerry specialises in divorce, disputes over children and domestic violence.

Managing partner, Mark Deverell, said: “We pride ourselves in the way we retain, nurture and develop our best talent, and these promotions reflect our commitment to, and the investment in, our team. We are building strong teams for the future, creating opportunities for continued growth, and recognising the hard work and efforts of our colleagues.”

Allianz Insurance has announced changes within its commercial business.

Following the changes, there are four regional managers, whose roles have been extended to include responsibility for the engineering construction and power (EC&P) distribution and underwriting operations, bringing together the former commercial broker markets and the EC&P trading businesses. 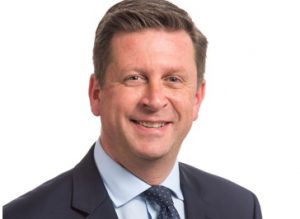 Among these regional managers are Chris Everett, who will cover the North (Leeds, Newcastle, Manchester), Northern Ireland (Belfast) and Scotland (Glasgow).

Allianz said its aim is to expand its regional market presence and build on its expert focus while enabling simplicity, efficiency and agility in decision making. This will also create further opportunities for its people to develop themselves, with some new roles and broader responsibilities.

Chief distribution and regions officer, Nick Hobbs, said: “Bringing together the two parts of the business with different expertise and utilising their strengths to help each other, that is a great combination and has huge potential for further success.”

Taylors Solicitors has recruited vastly-experienced lawyer John Lomax as a partner and head of commercial property, a new role at the North West practice.

John has more than 30 years’ experience of advising on commercial property and land transactions, acting for borrowers and lenders on multimillion-pound deals including acquisitions and disposals, investments, secured lending and refinancing arrangements and other commercial developments.

His wide ranging expertise also includes acting for landlords and tenants on the granting and assignment of commercial leases.

He is the third partner to join Taylors in the past 18 months as the firm – which celebrated its 30th anniversary in 2021 – continues to expand its breadth of expertise for its commercial clients. 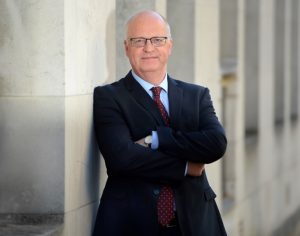 John said: “I was attracted to Taylors by its ethos of providing high level support to clients in a very commercially aware and open manner, with a constant focus on meeting their objectives. The length and depth of Taylors’ client relationships are testament to this approach.”

Elaine Hurn, managing partner of Taylors, said: “We are delighted to have someone of John’s pedigree to head up our commercial property offering.

“John extends our ability to continue to provide legal advice at the highest level for our exclusively corporate client base, which is how we have built our reputation to date.”

Taylors is a nine-partner firm which is exclusively focused on commercial law. It has offices in Manchester and Blackburn.

Daniel Cato has taken on a new role of area construction manager with Kingswood Homes. It’s the second time in less than 12 months that the multiple award-winning site manager has climbed the career ladder.

His promotion follows him winning a Seal of Excellence and being named the North West regional winner in the ‘small builder’ category of the 2021 NHBC Pride in the Job Awards, having already earned four ‘Quality’ awards. 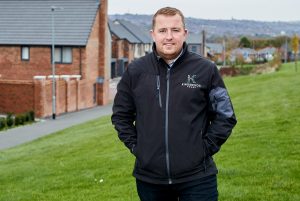 Now 29, Daniel started his career an apprentice joiner and moved into management aged just 20. He was promoted from senior site manager to project manager last year and has recently been further promoted to area construction manager.

Daniel said: “It’s almost two years since I joined Kingswood Homes as a senior site manager. I’m used to overseeing 80 to 100 people constructing homes at Green Hills in Feniscowles and enjoying the fresh challenge of overseeing work across multiple sites.

“I’m now keen to share my experience with other site managers and help support the larger team.”

In his latest role, Daniel, from Fleetwood, will initially be overseeing three sites for Little Hoole-based Kingswood.

Construction director, Stuart Bullough, said: “Having worked with Daniel since he first came into the industry as an 18-year-old apprentice, I am very proud to see his continued growth. His promotion to area construction manager is very much deserved and is the next natural step in Daniel’s career.”