BSC University Green will open in time for the return of the students in September 2022, and will have an outside terrace area and space for up to 80 people inside.

Bold Street Coffee first opened in Manchester on Cross Street in December 2021, 11 years after it opened in Liverpool. BSC University Green is the fourth venue for the group, with a second Liverpool site opening in the business district of Liverpool at The Plaza in February 2022.

Known for its speciality coffee, BSC University Green will also have its own range of BSC House coffee beans as well as guest roast to purchase and home brewing equipment once open in September.

Matt Farrell, director of Bold Street Coffee, said: “The transformation to the Oxford Road corridor in the last few years has been dramatic and the ever expanding, vibrant university makes this a diverse and exciting place to set up the next BSC after its opening success on Cross Street.

“We are pleased at GSG to be adding extra roots in the Manchester food and drink scene with more to follow later in the year. After such a difficult few years, there is an air of expectation around and I think this marks the start of an exciting time for the city, speciality coffee and Northern Hospitality.” 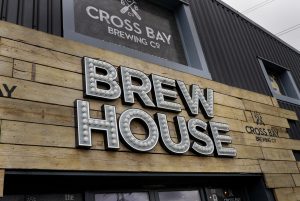 Morecambe Bay Wines is to enter a new chapter in its 37-year history, as it unveils a new group brand, an increase in turnover to £24m and the acquisition of a specialist craft beer company.

Established in 1984 by the Cross family, the drinks wholesaler has grown organically and has increased its turnover, developed a new brand to fuel its expansion into the wine market, and acquired Funky Brands Drinks Company for an undisclosed sum.

The firm has recruited 32 staff and the company is also expecting to increase headcount in the coming months to service predicted demand. The company will now be marketing its products under the new brand of Bay Drinks Group, the trading name of Morecambe Bay Wines Ltd.

Loic Cross, managing director of the newly enlarged group, said: “While the pandemic has provided challenges to our business and the wider industry, it provided us with an opportunity to evaluate our business and put in place growth plans. We’ve streamlined our operations and have invested in technology that will help us increase sales while researching markets that provide us with a unique opportunity for further growth.” 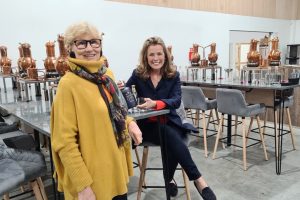 The Combermere Estate has extended its rural business offer by adding Cheshire business Three Wrens Gin distillery to its roster. The distillery business has taken more than 4,400 sq ft of space in a formerly redundant cattle shed, creating a production, packaging, and gin school facility in its new headquarters at Juniper House.

This new business sits alongside Parkview Business Centre on the edge of the estate and celebrates its ongoing diversification goals. Combermere also runs a vibrant hospitality and events business in other restored and repurposed estate buildings. The project was managed by Peter Beckett of Askari, which has already undertaken several other estate conversions.

The distillery held its first open event almost two week ago where Christina Trevanion, a familiar face on the BBC and local auctioneer, cut the ribbon to open the distillery a few days before. She said: “It is wonderful to see a local business thriving and expanding and moving into larger premises at Combermere. Not only is it wonderful to see the utilisation of what was an existing cattle shed, after the past two years of challenging circumstances, it is exciting to see this Cheshire-based business expanding and I wish them the very best of luck.”

Nick Wadeson, managing director and founder of Three Wrens Gin, said: “Our fabulous larger premises can now accommodate up to 36 people in the gin school and an accessible new location for drop-in traffic. Our goal is to create a centre of excellence for both our gin production and a top class show round facility for customers and visitors. The expanded venue will also offer distilling experiences and tours at the premises.”

Sarah Callander Beckett, owner of Combermere Estate, said: “This collaboration enhances the estate philosophy of renovating redundant buildings and breathing new life by repurposing them for today. There is definitely a synergy between our existing holiday cottages and luxury B&B offer and this new business.” 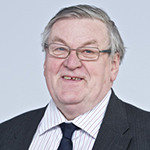 Thirty ex-offenders are being helped to build new lives thanks to Salford’s pioneering Jobs not Prison project. Salford Community Safety Partnership, which brings together Salford City Council, Greater Manchester Police and a range of other organisations to tackle crime, launched the project with the Broughton Trust a year ago.

Dedicated workers help the men find work in Salford’s booming construction industry, thanks to local connections. They also pay for safety equipment and cover travel and subsistence costs until the men receive their first pay packets. According to the Prison Trust, within a year of leaving jail 48% of adults are reconvicted of an offence and only 17% are in employment.

Thanks to Jobs not Prison 17 ex-offenders are now holding down jobs (57%), 13 of whom no longer need support from the project. Sixty three per cent of those taking part now have a CSCS card to work in the construction industry. Only six of the group (20%) were recalled or returned to prison through conviction for historic offences and all have either returned to the project or plan to do so when they are released.

Cllr David Lancaster, lead member for environment and community safety, said the scheme was part of Project Gulf, set up in 2010 to steer people away from crime as well as tackle gangs and organised crime: “People with criminal records can struggle to find work which leaves them vulnerable to being drawn back into a life of crime. This project is offering them the chance to break that pattern so they can turn their lives around,” he said.

Graham Cooper, project manager with the Broughton Trust, said: “This is about taking away barriers to getting a job that pays good wages. It starts by cutting out the recruitment process which would disadvantage ex-offenders. Then we help them get photo id documents and set up a bank account as well as covering the costs of starting work. And we give them the encouragement and support they need.”