McGoff Construction has appointed Brendan Caloe, from Bolton, to head up its special projects division within the Altrincham-based group.

McGoff Group Special Projects delivery plans include luxury residential developments for the group’s joint venture entities, including Altair Phase I in Altrincham and a new apartment scheme on Warwick Road in Old Trafford. Brendan presides over the delivery of exciting projects on behalf of the group’s related operational businesses, including the unique food and hotel complex Market 41 Urmston.

Brendan will grow a dynamic team responsible for taking projects from site feasibility through design development and ultimately build completion. These buildings will seamlessly align with the bespoke and often complex requirements of the businesses charged with operating within leisure and residential sectors.

He has extensive experience in senior positions in these sectors. His career spans more than 30 years, which includes 18 years at the Eric Wright Group, a short period at Hurstwood Construction as construction director before moving to Signature Developments.

More recently, Brendan worked for Zerum Consult, where he managed the pre-construction and delivery of Hotel Football, the early phases of the Stock Exchange Hotel and initial reviews of St Michael’s, followed by four years at Northhold Group.

Brendan said: “I was attracted to the family heritage of McGoff Construction and its strong background of building for generations. The group’s ability to exercise extensive control through its in house delivery capabilities via the integration of its specialist subcontractor Panacea and McGoff Group Facilities Services, also appealed to me.”

Dave McGoff, managing director at McGoff Construction, said: “Brendan is the perfect fit for an organisation such as ours as we construct, operate and maintain buildings and businesses within the leisure and residential sectors. A valued member of the team, we will be drawing on his vast experience as a client and indeed professional consultancy capacities.”

Anwyl Homes has strengthened its Lancashire land team as the company continues to evolve and bids to deliver 400 homes per annum by 2023.

Paul Darwin has joined the Chorley-based business as land director, while Andrew Morgan steps up to senior land director.

Between them they will head up Anwyl’s drive to further expand its operations across Lancashire and parts of Merseyside and Greater Manchester, adding to the 10 sites already in the company’s ownership.

Paul has joined Anwyl after 14 years with Elan Homes, where he worked his way up from land and planning graduate to senior land manager. He holds an MCD (Master of Civic Design) in town planning and a BSC Hons degree in geography, both from the University of Liverpool. 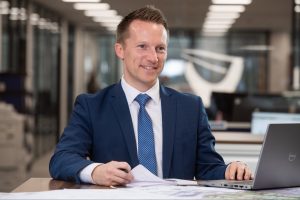 He said: “I’m excited to be joining Anwyl during this period of strong growth for the company.”

The Lancashire business is in its relative infancy – formed in 2017 – but is part of a family business with a 90-year heritage.

Paul added: “The Lancashire region already has some excellent developments in sought-after areas, and my primary role is to acquire further sites in prime locations to support the company’s future growth ambitions and to establish and nurture a growing land team.”

He will now be working alongside his former colleague, Andrew Morgan, who joined Anwyl in 2019 to head up the Lancashire land operation.

John Grime, managing director of Anwyl Homes Lancashire, said: “In Andrew and Paul we have an excellent team who will be at the forefront of acquiring the right sites in the right locations to enable us to meet our ambitious targets.”

Seven new trainee surveyors have joined RVA Surveyors as part of the continued demand for its specialist business rates reduction services. Over the past 12 months RVA Surveyors has grown from 50 staff to 115, and the business expects to hit the 150 mark in the summer.

Richard Millington, who joined RVA as a trainee surveyor, will take the reins as RVA’s new surveyor trainer, supported by Clare Whitfield (head of surveying & operations), to train and deliver the company’s latest recruits ready to support RVA’s clients.

Richard Millington said: “The opportunities afforded for individuals to grow within RVA Surveyors has allowed me to progress to where I am today. Now as I step up to my new role of developing the next generation of surveyors here at RVA, I have a chance to use transferable skills gained during my former career as a teacher.” 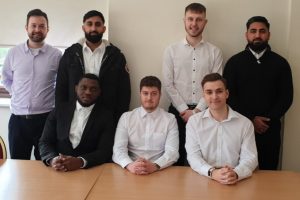 Clare Whitfield said: “The latest intake of budding surveyors are a highly motivated and intelligent cohort and we look forward to Richard guiding their progression from the classroom-based theory course, their first onsite property inspections to achieving reductions for our clients.”

Anthony Hughes, managing director, said: “It is fantastic to see Richard’s progress since joining as a trainee four years ago. In that time he has risen through the ranks and displayed the natural talent and temperament which has led him to become our new surveyor trainer. Our belief in recognising and promoting talent from within has played a major part in the success of the business. I’m sure our latest group of trainees will benefit greatly from both his and our experienced team of surveyors.”

He joins from City Football Group and brings with him unrivalled senior management, recruitment, and analysis experience at world leading sporting organisations.

Adam’s 25 years of extensive experience across sport on and off the pitch will be invaluable to the next phase of growth for Skylab, part of the Manchester-based Inc & Co Group. He is a renowned speaker, innovator, and leader in sport. His breadth of experience in pushing boundaries, as both a practitioner and projects manager with City Football Group, makes him the perfect fit for both Skylab’s performance analysis and technology capabilities, the firm said. 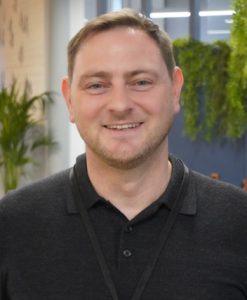 Adam began his analysis career leading the performance analysis provisions of a league-dominating Manchester United team and a Europa League competing Blackburn Rovers. His success in performance analysis at the elite level of sport will “maximise the value that analytics can offer to performance, recruitment and athlete development for Skylab clients,” said Adam.

Further to this, Adam’s tenure at Manchester City FC in the role of head of analysis and academy, in addition to his more strategic role within City Football Group where he was part of a team that managed the growth and support of 11 clubs across the globe, five of which are current or recent top-tier champions showcase Adam’s drive to succeed across sport.

Chloe Waddington, head of business, Skylab, said: “When reviewing the market and considering our perfect fit, Adam was our first choice. With vast and varied experience within sport, alongside his deep rooted relationships across elite sporting organisations, Adam will generate forward thinking partnerships between Skylab and organisations across sport and sports technology.”

One of the most highly cited regional economists globally, Prof Philip McCann, has been appointed Chair of Urban and Regional Economics at Alliance Manchester Business School.

He will be based in the innovation, management and policy (IMP) division and will be a member of The Productivity Institute (TPI). He takes up his post on July 1, this year.

Prof McCann is already the ‘Geography and Place’ theme leader at TPI which is exploring how the productivity differences between leading and lagging places have evolved in the UK, and how this relates to the provision of public services, health and educational outcomes. The research is specifically investigating the reasons for the mixed performance of interventions, comparing them with international practices. 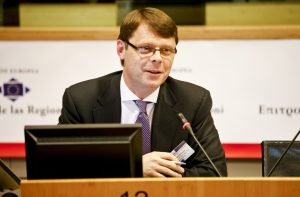 He said: “The recent Levelling Up White Paper demonstrates the centrality of regional productivity challenges in our national economic questions, and joining Manchester will allow my work on these issues to be scaled up even further. It is a very exciting time for me.”

Prof Fiona Devine, head of Alliance Manchester Business School, said: “As a world renowned scholar in urban and regional economics, he will bring considerable experience and expertise to our understanding of variations in productivity across the regions of the UK.”

Prof Dame Nancy Rothwell, President and Vice-Chancellor of The University of Manchester, said: “Prof Philip McCann is a highly cited and respected regional economist and this is another excellent appointment for TPI.” 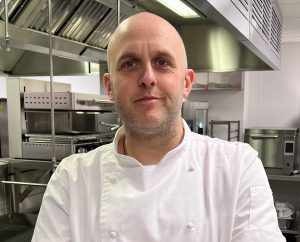 This career move marks Daniel’s first time working in a hotel kitchen in more than five years, having spent the majority of his career on cruise ships, including Royal Caribbean’s Oasis of the Seas, one of the largest cruise ships in the world.

After moving to Amsterdam and meeting his wife, Daniel settled in Peru for three years before returning to the UK in 2016. Since then, Daniel has worked as head chef at Leeds United and at an event catering company in London.

The new position at the hotel sees Daniel come full circle back to the city where his career began at the age of 14 as a Kitchen Porter.

Daniel said: “It’s a chef’s dream to be opening a new hotel with a new kitchen and a new team. What’s also exciting about this opening is that we’re bringing a brand new concept to Manchester with the Maldron brand.

“I’ve always loved the atmosphere and seeing people enjoy your food – I just couldn’t imaging doing another job. I’m absolutely delighted to be back in Manchester doing what I love.”