The Government has unveiled its energy strategy which proposes up to eight nuclear reactors and more wind, hydrogen and solar resources.

The moves are a bid to increase the UK’s energy security and tackle rising prices.

It is estimated the plans could provide up to 95% of the UK’s electricity from low-carbon sources by 2030.

The Government’s nuclear plans were welcomed by Jacobs, which employs around 2,000 nuclear specialists in the North West, mainly in Warrington, Knutsford and West Cumbria.

“Jacobs is a lifetime partner of EDF working to support the safe, reliable operation of the UK’s existing fleet of nuclear power stations and life extension of Sizewell B. We are working on Hinkley Point C, on the Rolls-Royce Small Modular Reactor, on Urenco’s U-Battery micro reactor, and on nuclear fusion.

“We believe that large scale reactors, small modular reactors and fusion power will play a crucial part in reducing our dependency on fossil fuels and we are working to ensure that the UK is at the forefront of developing them.”

She added: “We welcome the intention to progress the proposed Sizewell C nuclear power station at pace. It will produce enough electricity every year to avoid burning 5.4 billion cubic metres of gas.

“As well as providing the UK with security of supply, nuclear power has the lowest carbon footprint of any energy source, making it an important part of the mix of climate change solutions the world needs.”

Prof Joe Howe, chair of the North West Hydrogen Alliance and executive director, Energy Research Institute at the University of Chester, said: “The decision to rapidly ramp up hydrogen production, which will simultaneously cut carbon emissions and boost energy security, is one we strongly welcome.
“Accelerating delivery and use of low carbon hydrogen is essential, alongside electrification, to reach net zero. We would argue that the target could go a step further with 15GW possible by 2030. 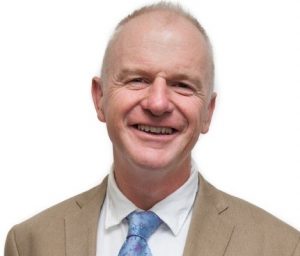 HyNet North West is a major project in the region to generate, store and distribute hydrogen, and Pro Howe said: “With HyNet, the North West of England is perfectly placed to make a significant contribution to this new national energy system. Set to be operational by 2025, it’ll produce around 4GW of continuous peak output of hydrogen – 40% of the Government’s new national target by 2030. Coupled with carbon capture and storage, it’ll provide a low carbon, sustainable future use for natural gas in the coming decades.”

He added: “Something that people often cite with renewables is their intermittent nature. When it comes to hydrogen in the North West, we’ve the ability to deliver affordable storage at a large scale. It means we can reduce the risk of energy supply shortages, reliance on overseas supplies and volatility of energy prices.

“HyNet and other regional hydrogen projects are happening now on the ground. Government policy, regulation and funding must go hand-in-hand with the new target.”

Ged Barlow, chief executive of Net Zero North West, said: “Net Zero North West members recently revealed they are facing a collective energy bill of up to £1bn in 2022 – a projected increase of around 65% since 2020. The current challenges only serve to highlight why we need an integrated and resilient net zero energy strategy in the UK, which will help to protect us against pressures such as increasing energy prices while enabling the transition to net zero. 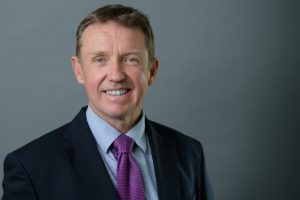 “Today’s strategy recognises the role that natural gas will continue to play and that producing it in the UK has a lower carbon footprint than imported from abroad. It is an important transition fuel and shouldn’t be demonised. Reaching net zero is a journey and we will require carbon capture and blue hydrogen to get us there. This does not mean a step back from net zero. In fact, we suggest that the additional tax income from more UK produced natural gas could be used to fund the transition to net zero.”

He added: “However, gas is very much part of a transition strategy. A net zero future will require a range of low carbon technologies – including renewables, nuclear, hydrogen and ammonia – to provide energy security for the future.

“We’d previously called for more ambitious hydrogen targets so welcome the Government’s plans to double hydrogen production with HyNet North West able to deliver a significant proportion of this. However we need the correct pricing policy to support it.

“We also welcome the commitment to more nuclear, however, alongside fission and small modular reactors, we also need to lay the foundations for nuclear fusion including prototype sites such as Moorside, Cumbria in the North West.

“The commitment to more jobs is also welcome, although more detail is needed on how we create the skills to deliver on this ambition and ensure these opportunities are kept in the UK.”

Myles Kitcher, executive director of Peel NRE – part of Mancheter-based Peel L&P, said: “What today’s strategy recognises is that we can have secure and affordable energy while still meeting our net zero obligations. We welcome the acceleration of hydrogen, with a doubling of the production target by 2030. 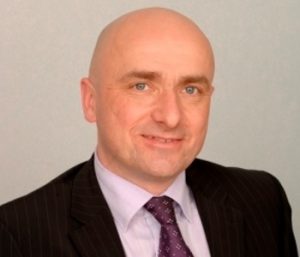 “Here in the North West we’re well placed to help deliver on this ambition, with HyNet, but there are a raft of other hydrogen projects that can make a significant difference, such as the UK first plastic-to-hydrogen facility at Peel NRE’s Protos in Cheshire. We’re looking to roll out the Powerhouse Energy technology with up to 70 sites across the UK which could produce enough hydrogen to fill nearly five million buses.”

He added: “We need the right policy climate to support these ambitions and allow innovation at a local level. At Protos we’ve developed a blueprint for clustering together different low carbon energy technologies and creating a circular economy. This includes plans for a local CO2 network with carbon capture and storage inevitably going to be a critical part of our transition to net zero.

“Reaching the Government’s ambition for 95% of electricity being low carbon by 2030 is going to require a huge roll-out of renewables. We would have liked to see a firmer commitment to the role that onshore wind can play and a removal of the current moratorium as well as recognising the huge potential of solar farms. These are the projects that will deliver in the short term, before new nuclear and offshore wind come online.”

However, the Federation of Master Builders (FMB) said the strategy falls short of what is required.

“After the disappointment of the Heat and Buildings Strategy this was an opportunity for government to implement a National Retrofit Strategy, focusing on improving the energy efficiency of the UK’s draughty and leaky homes.

“While the strategy does deliver 0% VAT on energy efficiency improvements to properties, a welcome move that the FMB has long been campaigning for, this only helps those with the money to pay in the first place.

“A broader, insulation-led, retrofit strategy would have been an immediate solution to reduce energy consumption, boost the economy and, importantly, help save homeowners money on their bills during a cost of living crisis.”