A new chair has been appointed to head up the UK Tech Cluster Group to continue to support regional tech eco-systems as the post-pandemic recovery begins.

Katie Gallagher was nominated to take over the role from Dr David Dunn, CEO of Sunderland Software City, after four years at the helm.

Katie has been the managing director of Manchester Digital for 10 years and was a founding board member of the UK Tech Cluster Group when it was set up in 2018. She has worked closely with the organisation and other bodies to champion the tech and digital industry across all of the UK regions.

She said: “I’m thrilled to be voted as the chair and pick up the excellent work began by David. We launched in 2018 to share crucial insights, affect policy change and, importantly, provide a single voice for tech organisations across the UK regions.

“Moving forwards, we are pleased to continue working together at a grassroots level to share connections and best practice across the different regions, as well as being part of the Levelling Up conversation.”

She added: “Overcoming the lack of talent, increasing sector collaboration and driving R&D activity are all areas we know that our industry wants us to focus on. In addition to this, we have seen a decline in early-stage start-ups and need to reinvigorate that pipeline and ensure the right support gets to the right people within the tech industry.

“Lastly, I’d like to thank David for his huge amounts of hard work over the past four years and I look forward to continue to work alongside him as part of the cluster group.”

Dr David Dunn said: “We’ve made huge progress in creating a forum where regional tech organisations can work together for the greater good, as well as supporting each other, and I know that Katie will continue on this trajectory.”

The UK Tech Cluster Group was founded to bring together tech organisations who understand local ecosystems and share learning of how best to support tech growth across the UK.

Danielle Clements has been made a partner at Greater Manchester-based solicitors, Gorvins. 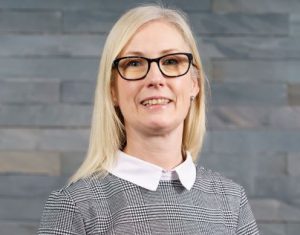 An expert in her field of dispute resolution, Danielle has a reputation for providing tailor-made solutions for a diverse range of commercial and private clients. Her specialism lies in contentious probate matters, where she advises on complex cases involving high value estates. She joined Gorvins in March 2008 and has more than 14 years of experience in her field of expertise.

Danielle said: “Dispute resolution is such a huge part of Gorvins’ overall service. When going through a difficult dispute, our clients often find themselves in difficult, stressful and unpleasant circumstances. The service we provide helps them resolve all elements of the dispute and enables them to move on with their lives. I’m extremely proud of the service we deliver and will continue to deliver that same best-in-class service as a partner.”

Mark Deverell managing partner, said: “Danielle has been a huge part of the Gorvins team for many years. The legal expertise she brings and her strong client focus shine through week in, week out. As a partner, she’ll continue to help us evolve and grow as a practice.”

The national law firm, Stephensons, has promoted two solicitors in its latest round of partner promotions, who will both be based in Wigan.

Julie Hunter has been named a partner in the firm’s commercial litigation department. Having joined Stephensons in 2017, Julie is highly experienced in litigation and dispute resolution, with a particular focus on commercial and finance disputes.

Paul Loughlin has also been promoted to partner in the firm’s regulatory department. Paul specialises in road transport regulation and defending motoring offences of all types in both the Magistrates’ Court and the Crown Court.

Andrew Welch, managing partner, said: “Both Julie and Paul have consistently demonstrated exceptional expertise in their field as well as providing the very best client care. I look forward to seeing their legal careers continue to flourish here at Stephensons.”

Both promotions will be effective from May 1, and brings the total number of partners at Stephensons to 35.

Adam Sivner has been promoted to managing director at Houlihan Lokey, the global investment bank.

Since joining GCA Altium – acquired by Houlihan Lokey in December 2021 – Sivner has been involved in more than 40 high value transactions in the industrials and industrial technology space. He advised on seven deals last year, including the sales of WCCTV to LDC, Deep Sea Electronics to Generac and SRL Traffic Systems to 3i Infrastructure. 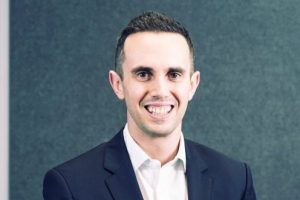 Over the past 12 months, Houlihan Lokey has announced nine new hires across its technology, industrials and business services team in Manchester, with intentions to grow further in the upcoming year.

Houlihan Lokey’s Manchester team is headed up by Adrian Reed.

Adam Sivner said: “The Manchester team has been phenomenally supportive throughout every step of my career. Starting as a graduate in 2008, I have always been encouraged to excel and get closely involved with some of the best and most exciting deals our line of work has to offer.

“With the Manchester team expanding faster than ever to accommodate significant market demand, it is an extremely exciting time to be a part of the business. I am looking forward to getting stuck into this new role, working alongside Adrian and the leadership team, to keep on delivering high quality advice and creating the best outcomes for our clients.”

Adrian Reed said: “Adam’s progression from an analyst to managing director is a great example to new graduates and hires of the career-nurturing culture at Houlihan Lokey.

“With nine new hires, and the promotion of Adam to managing director, the Manchester team is strongly positioned to grow even further this year. We look forward to continuing to demonstrate our local expertise whilst benefiting from Houlihan Lokey’s global footprint.” 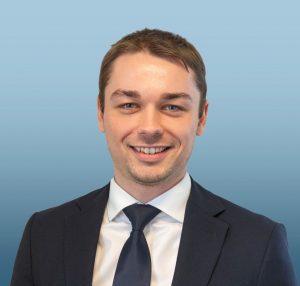 The proposition will be led by Alex Ford, based in the North West, and James Groot, based in Yorkshire, who, together, head up the Cortus Corporate Advisory team.

Cortus Advisory Group has seen notable growth in the past 12 months growing to a team of 18 with plans to open a second office in Leeds city centre in May and a third in Manchester by June.

Additionally, the transaction services team has advised on more than 35 completed transactions during this time with many repeat clients that include mid-market PE Houses – both UK and European – PLC’s and one of UK’s most acquisitive privately owned corporates. 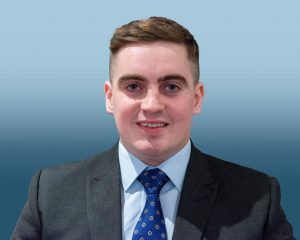 Nicola Merritt, CEO, said: “Since our launch last May, we have hit the ground running. We have recruited and developed a high calibre team with plans to further expand our service offerings and geographies in the near future. I am very proud of the progress that Cortus Advisory Group has made in such a short time which is testament to the team’s hard work over the last 12 months.

“I am also delighted to announce that the group recently promoted Daniel Gallagher, James Milton and Ben Emmett to managers with the transaction services team recognising their significant contribution to the launch and subsequent growth of Cortus.”

Former Manchester United sponsorship lead, Tom Cunningham, has been appointed as head of commercial operations and partnerships for The Factory as it accelerates its engagement with commercial partners ahead of the opening of the landmark cultural space in Manchester in 2023.

Tom’s remit is to drive meaningful partnerships with brands and local companies that share The Factory’s passion for diversity, sustainability, community and the future of the arts. Partners can sponsor The Factory’s content and programme, its wider community work as well as elements of the building itself.

Operated by the team behind Manchester International Festival (MIF), The Factory will be a global destination for arts, music and culture, commissioning and present a year-round programme of extraordinary, ground breaking and interdisciplinary work by leading artists. Its development is being led by Manchester City Council, with backing from HM Government and Arts Council England. 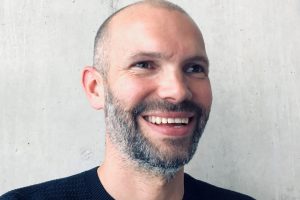 Attracting up to 850,000 visitors annually, The Factory will add £1.1bn to the economy over a decade and create 1,500 direct and indirect jobs. Its pioneering programme of skills, training and engagement will benefit local people and the next generation of creative talent from across the city, while apprenticeships and trainee schemes are already under way during the construction phase. Located in the new St John’s neighbourhood next to the River Irwell, The Factory will be at the heart of a burgeoning city centre hub for culture, creativity and digital innovation.

Tom Bloxham, chair of the board for MIF & The Factory, said: “Tom brings with him a wealth of experience working with some of the most forward-thinking and innovative brands in the world. Both his global perspective and ambition matches ours perfectly, and he is already making a significant difference to our commercial efforts. This is a key strategic appointment for us.”

Tom Cunningham said: “We are reimagining the impact that commercial partnerships can have on the world around us, and I am keen to speak with brands or individuals on that basis.”

Tom’s appointment adds to the existing expertise in the MIF team as it prepares for The Factory, including executive director Randel Bryan, whose background includes Endemol Shine and Discovery Education, venue director Sheena Wrigley, who joined in September 2021 bringing years of experience in theatre and the cultural sector, and recent hire, creative director Low Kee Hong, who has a wealth of experience curating festivals and venues internationally.