One of the UK’s leading bulk liquid storage specialists has announced a new interim managing director.

Vic Brodrick steps up to the role at Liverpool-based UM Terminals, which he will combine with his existing responsibilities as the company’s commercial director.

Vic replaces Bryan Davies in the MD role. Bryan is moving to a new position with Associated British Ports.

Vic said: “I will be looking to continue to execute the strategic growth plan that we launched in September 2020, maximising our UK capability, harnessing the assets of the wider UM Group, and looking for potential acquisition targets.”

Among the immediate key requirements is to identify and onboard customers for a small number of opportunities at its Liverpool sites at Gladstone Dock and Regent Road. There are three tanks available at Gladstone Dock, each 13,200 m3, while Regent Road has two tanks available, each 10,750 m3. UM Terminals operates out of eight terminals, strategically located across the UK, handling more than 40 different products.

Vic said: “I am excited to be taking on this additional leadership role at UM Terminals, further building our reputation for having a flexible, can-do, customer-centric approach to meeting the supply chain requirements of our customers.”

Bensons for Beds has announced leadership changes as the Accrington group steps up the pace of change as part of its transformation plans.

Current chief commercial and digital officer Nick Collard will take over as CEO with immediate effect to lead the company as it prepares for further growth.

Nick joined in July 2021 to lead commercial change at the business after holding board roles at Holland & Barrett International, DFS Furniture and Morrisons, as well as senior roles at Walgreens Boots Alliance.

He replaces Mark Jackson who has stepped down after leading the company for three years and steering Bensons through a refinancing and restructuring deal in 2020 which saw it emerge as a standalone company, backed by Alteri Investors.

Bensons is also making other leadership changes to complete its new executive team. Taking the role of chief financial officer will be Gordon Brown who is replacing existing CFO John Sidebotham who has decided to step down after completing the restructuring. 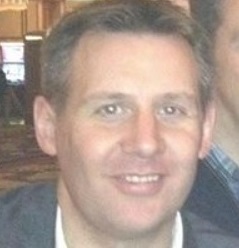 Gordon joined the business in October 2020 as finance director having held senior positions in Asda, Jack Wills and Pets at Home.

Ed Preston joins the board to lead the commercial team in the role of chief commercial and digital officer having held senior positions at Holland and Barrett, TalkTalk and Vodafone.

Frankie Haynes, who joined in May as retail director, has been appointed to the Bensons board as chief customer officer

Maxine Blackwell, who has been with Bensons for 12 years continues on the board as chief people officer, and Mandy Winser who joined in November 2021, continues in her chief operating officer role.

Chairman Ian Shepherd said: “Bensons is a business with huge potential. Like many retailers in our sector, we’ve had our share of operational and supply chain issues as the world has recovered from the pandemic, but we are focused on delivering for our customers and on delivering our strategy for growth.

“As we start to look forward to the next phase in our transformation, Mark and John have decided that this is the right time to leave the business. I would like to thank them for their dedication and commitment as they steered us through extraordinary times.

“We are delighted to have appointed Nick Collard as CEO. Nick is a tremendous leader who has already transformed the commercial operations of our business and is well placed to drive the delivery of our strategy and of a transformed customer experience.”

Nick Collard said: “I’m honoured to be asked to lead one of the best known brands in Britain and take it through the next stage in its transformation.”

Gavin George, founding CEO of Alteri Partners, said: “I would like to thank Mark and John for their leadership during a critical period which has seen Bensons emerge from the pandemic in a strong position.

“We look forward to working with Nick and the new executive team as we continue to support Bensons’ development as it presses ahead with its transformation programme.”

Hill, who helped steer major successes for the business before stepping back in 2015, has expertise in working in specialist white labelled collections and debt recovery for clients with large consumer client bases and companies with high staff turnover, predominantly in the retail, hospitality, utility, and financial industries. 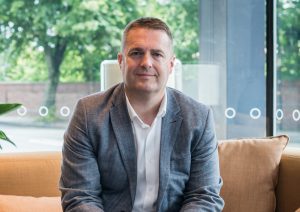 As Hill turned his attentions elsewhere, there was a steady decline in Lawton Hathaway’s business, mainly due to the impact of both Brexit and the pandemic, where industries such as Lawton Hathaway, who had a large client base in specific sectors suffered. He moved to a business within the financial sector, which thrived under his leadership growing the company to a turnover of more than £5m.

In his six years at the helm of Lawton Hathaway the company grew to a client base of more than 30 customers with a turnover of £1.2m, managing £72m of debt recovery turnover. Hill was already an established and recognised figure within debt collection, providing expert advice in the sector.

The business, initially set up as a call centre model, has now moved to a digital business model, offering a modernised approach which will assist with a strong foundation for new growth.

Daniel Hill said: “Having established Lawton Hathaway and making a success of the company in the early years, the time is now right to return and take the business to the next level offering a digital service to clients.”

Rowan has appointed Tammy Hopla as an associate director, Jack Bottomley as a senior consultant and Emma Milton as an executive researcher.

Their arrival follows a strong period of growth for Rowan, which achieved record revenues of £3.2m in 2021 and started 2022 with its best ever quarter, putting the company on track for another year of progress with revenues forecast to reach £4.5m.

Rowan, which has offices in Manchester and Chorley, works with business owners to secure top talent to drive their growth. It specialises in strengthening the boards and leadership teams of privately and family-owned SMEs, as well as those backed by private equity.

Tammy is a qualified accountant and has joined Rowan from Beautiful Drinks, where she was finance director for its restaurant group. She previously held senior finance roles at companies including Kiddicare, Mothercare and TUI. At Rowan she is working with private equity houses seeking to appoint senior finance staff to their portfolio companies, as well as matching board level finance professionals to SME owners and founders to fuel growth. 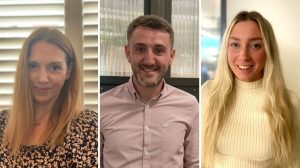 Jack has joined Rowan’s HR and operations practice, which is part of Rowan’s private capital team that is led by Louise Ellis. He joined Wincanton as a graduate trainee in an operations role and progressed to managerial positions before moving to THG in a management capacity. His role at Rowan sees him working with SME clients to match and appoint senior executives to drive business growth from an operational perspective.

Emma has a Master’s Degree in forensic psychology from Manchester Metropolitan University and has joined Rowan’s private capital team in a research role.

Paul Waite, founder and managing director of Rowan, said: “We are thrilled to welcome Tammy, Jack and Emma to our expanding team and, having had our best ever quarter at the start of this year, we continue to look to strengthen the business at all levels.

“Tammy has a wealth of commercial experience and finance industry knowledge as well as an extensive network of contacts, and her expertise should prove invaluable to our clients.

“Jack is another great example of our values-based recruitment policy. He is new to the world of executive search but has all the right qualities, enthusiasm and aptitude for the job and an impressive level of knowledge and experience of operational business functions.

“Having Emma on board with her qualification in forensic psychology is also very exciting as we look to utilise our digital analytics product Leadership Dynamics, which has been developed by our partner businesses within the LCap Group. Emma will be able to use her specialist knowledge and data analysis experience to deliver insights to clients using the behavioural profiling tool.”

Emily Revel has joined from BLP, Ahmed Patel from Birchall Blackburn and Luke Kelly has moved from Pinsent Masons. 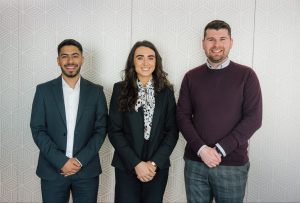 Their appointments will boost lawyer numbers to 20 after a period of significant growth. The team, which has five partners including Claire Gregory who recently joined from Pinsent Masons, advises on some of Manchester’s most high profile projects and large scale national and international developments.

Mike Edge, who heads the Manchester real estate team, said the latest appointments reflect growing client demand. He said: “The team has expanded through lateral hires over the last few years and this, coupled with the delivery of excellent client service, have enabled us to secure high profile wins from new and existing clients.

“We are pleased to welcome Emily, Ahmed and Luke onboard whom I’m confident will play an important role in further expanding our presence in the North West.”

Nationwide pet retailer, Jollyes, has named the manager for its new Southport store as it prepares for the official opening. The new Southport store, at Unit 3 on the town’s Kew Retail Park in Scarisbrick New Road, will open at 10am on Saturday 2 July.

It will employ 10 colleagues, including store manager Martin Pitt, who joins from Aldi. 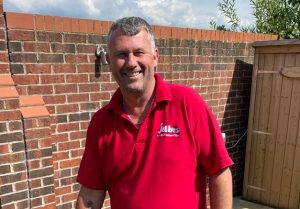 Jollyes has more than 70 stores across the UK and the 6,000 sq ft Southport store will complement its popular outlets in the North West including Ashton-under-Lyne, Bolton, Eccles, Ellesmere Port and Runcorn.

It follows recent openings in Stirling, Wrexham and Cookstown. New stores are due to open this summer at Stockton, Poole, Glenrothes and Edinburgh.

Sarah Farrar, Jollyes regional manager, said: “It’s an exciting time for Jollyes as we expand across the UK and we can’t wait to open our doors in Southport, taking our place in the community and playing our part in the local economy.

“The new store is in a great location, and we’ve designed it to make it as easy as possible for pet lovers in the town and surrounding area to find what they are looking for, from toys to treats.”

Backed by Kester Capital, Jollyes announced in January it had a pipeline of 20 new store openings over the next year.