This is 20% higher than previous estimates, according to the study by the Centre for Economics and Business Research (Cebr), commissioned by cluster organisation Mersey Maritime.

The report illustrates the huge impact of maritime, and its wider supply chain, on the Liverpool City Region economy. It has now overtaken the visitor economy in terms of impact and is now a major driver of the region’s prosperity.

Annual value of exports alone shows a £706m contribution to the UK economy.

Measured by business turnover the city region maritime sector grew by 181% between 2010 and 2019. And the data shows it will continue to grow in real terms by 7.2% by 2025. Shipping, in particular, is a primary driver of direct business turnover, accounting for 66% of the sector in 2019.

Mersey Maritime published the study today (June 23) as it welcomed UK maritime industry leaders, and Government officials to its latest annual Maritime Exchange conference. Held at Liverpool Town Hall, the half-day event will discuss the opportunities and challenges for the £48bn industry over the next three decades.

The report will be launched with contributions from Ben Murray, chief executive of Maritime UK, Simon Reid, head of sectors at the LCR Growth Platform and Mike Kane, Shadow Maritime Minister. Speakers at the event will include Maritime Minister Robert Courts and Sir Michael Bibby, non-executive director at Liverpool-based Bibby Line Group.

Maritime is a diverse eco-system that encompasses more than 30 sub-sectors, including shipping, logistics, engineering, digital and professional services. Cebr’s study looked at the direct impact of traditional maritime sub-sectors such as shipping, and also the impact on the wider supply chain.

It found that across the wider economy in the Liverpool city region, maritime was worth £5bn in terms of business turnover and supported 48,200 jobs. Maritime’s direct impact was valued at £2.74bn, supporting 8,527 jobs – this is four per cent of all maritime jobs in the UK.

In 2019 the city region maritime sector contributed £174m to the UK Exchequer. This is 3.4% of the total UK maritime contribution and comprises income tax, NICs, VAT, corporation tax, business rates.

And productivity, an area of concern for the UK, is significantly higher in the LCR maritime industry compared with the national average (£93,301 v £56,670).

Mersey Maritime chief executive, Chris Shirling-Rooke, said: “This is an astonishing set of data. It demonstrates just how important the maritime sector is to the current and future prosperity of Liverpool city region and to the UK. 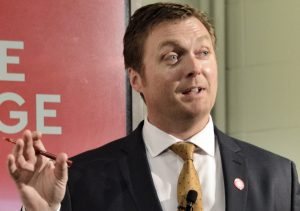 “We have one of the most successful and fastest-growing maritime clusters in Europe. During the pandemic our member companies showed incredible resilience – 95% of our imported foods and other goods arrive here by sea. Maritime provides a lifeline that is critical to our everyday lives.”

He added: “This report shows that since 2010, growth in the Liverpool City Region maritime industry has soared by 88%. And what we offer is high value, well paid jobs with fantastic career prospects.

“As the UK’s principal Westward-facing port, Liverpool is well positioned to drive the UK’s post-Brexit growth. And over the next year or so we will see the delivery of the £25m Maritime Knowledge Hub at Wirral Waters. That will be a world class facility focused on innovation, entrepreneurship and decarbonisation.

“Maritime doesn’t always get the recognition given to other sectors. But these figures offer a clear illustration of how our dynamic industry can spearhead the UK’s recovery by raising productivity and taking the lead on the UK’s move to a zero carbon future.