Northwich-based vet products group, Dechra Pharmaceuticals, has achieved another record financial year and is examining further acquisitions, it revealed in a trading update for the year to June 30, today.

It said the trading performance continued throughout the reporting period and remains in line with expectations. This included year on year organic revenue growth, supplemented by previously announced product acquisitions.

There were six minor product acquisitions for the North American market, plus the worldwide rights to verdinexor, branded Laverdia, a novel treatment of all forms and stages of canine lymphoma in dogs, providing access to a new niche therapy area

During the reporting period there was also the launch of Zenalpha, a novel therapeutic product that is safe and effective for sedation in dogs

Chief executive, Ian Page, said the financial year just ended was another record year for Dechra and in line with expectations, with group revenue growth slowing to more normal levels as expected in the second half as the impact of the pandemic on markets unwinds.

“Whilst we expect current macroeconomic uncertainties to continue, the veterinary pharmaceutical market remains resilient and in growth. Our global trading continues to be strong and we continue to outperform the market, particularly in North America.”

He added: “The complementary product acquisitions we made during the period strengthen our existing portfolio and are performing in line with initial expectations; there are a number of acquisition opportunities that we are assessing. We continue to believe in the ability of our people to execute our strategy and remain confident in our future prospects.”

The group said that, in light of the clarification from the IFRS Interpretations Committee (IFRIC) regarding how companies should account for configuration and customisation costs relating to cloud computing arrangements, including Software as a Service (SaaS), which has led to a change in accounting policy in the application of IAS38 Intangible Assets, it has expensed approximately £1.5m of costs through its income statement in the period which would previously have been capitalised.

Dechra will announce its preliminary results for the year on September 5, 2022.

Following this morning’s update, stockbroker Panmure Gordon revised its recommendation for Dechra from Buy to Hold.

Analyst, Dr Mike Mitchell, said: “Our takeaway message is that revenues, while seeing normalisation towards historic growth rates, have been resilient with an especially robust showing from North American Pharmaceuticals – meanwhile, cost normalisation post-COVID-19 and inflationary pressures provide an offset within the P&L.

“On this basis we maintain our expectations of underlying operating profit of £174m in FY22E and consider the group as continuing to offer defensive positioning against macroeconomic volatility.

“However, in the context of the wider peer group, Dechra has maintained a premium rating even while the subsector has derated. On this basis, we consider current levels are appropriate and move our target price to 3750p (previously 4357p, -14%) and move our recommendation from Buy to Hold.” 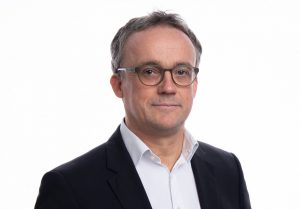 Byotrol, the Daresbury-based hygiene group, said its results for the year to March 31, will be in line with tracing updates made ahead of the year, including sales of £6.3m, comprising £5.2m from product sales and £1.1m from IP sales and royalties, a positive adjusted EBITDA, before exceptional items, and cash at year end of £1.1m.

In a trading update today, the board said for the first time it includes in IP revenue a contribution from Solvay for Byotrol’s ongoing participation in Solvay’s sales of Actizone 24-hour surface sanitiser.

As previously announced, this is a small quantum, but a very encouraging first financial step.

The first is a multi-year, three-way, exclusive agreement between Byotrol, its US licensee Integrated Resources International (IRI), and a significant US distribution company (USCo), to sub-register with the US EPA and then sell the Byotrol24 surface sanitiser under USCo branding into US Professional markets.

Should formal registration be achieved – expected within 12 months – sales by IRI to USCo will accrue additional royalties to Byotrol. The company expects to have further clarity on this when it reports its audited results for the year.

There is also an agreement on a seven-year license in alcohol-free hand sanitisers with Rentokil Initial. This is a non-exclusive license of rights to its proprietary hand sanitising formulation for distribution by Rentokil under its own brand into serviced washrooms, predominantly in the UK and Europe

Byotrol expects to release audited final results for the full year to March 31, 2022, before the end of next month.

Chief executive, David Traynor, said: “We are pleased to confirm that our results for the past year will meet expectations as described in our trading update of early March.

“We are also pleased to announce further progress in licensing and IP, with two new agreements with best-in-class names in their respective markets, and confirmation that Solvay’s Actizone24 product is now gaining commercial traction.”

He added: “Underlying market trends remain very favourable for our long term growth. We look forward to providing a further update on product and IP sales with the release of our final audited results, which is expected in August.”