Northcoders, the Manchester-based provider of training programmes for software coding, has grown its senior team with the appointment of Steven Oakes who joins as its new director of marketing.

Steven will lead, plan and execute Northcoders’ marketing strategies for its existing product range as well as for all new launches. He will also be working closely with the board on identifying new business opportunities, reviewing changes to the market, and advising on core consumer trends.

Steven joins from Shoot The Moon Group where he was group digital director. During his six-year tenure there, he held various positions and was instrumental in its acquisition of JGM in 2019 and its merger with Delineo two years later.

Following the merger with Delineo, Steven sat on the group board and leadership team of the newly formed STM_GRP. He was responsible for digital work across the group of 90-plus people and five agencies which had a combined turnover of £6.5m.

During his career, Steven has worked at Red C Marketing, Bauer Media, Hidden Creative and Universal Music. In 1999, he founded his own digital marketing agency called Design Esti which created websites for the likes of Elbow, Stereophonics and Underworld. He also worked with Sony Music, Universal and EMI on a broad range of digital marketing campaigns.

Amul Batra, chief operating officer at Northcoders, said: “Steven brings with him over 20 years’ experience of developing robust insight-driven, customer-centric marketing strategies for global brands. This knowledge and expertise – along with strong digital and performance marketing skills – will add huge value to Northcoders as we continue to grow, innovate and diversify.”

Steven said: “Coming from an agency background, I knew first hand the issues around trying to recruit good quality software developers along with the lack of diversity and inclusion in the industry. Northcoders’ mission is to address that head on, so this opportunity was too good to pass up.

“It’s not an understatement to say that we are living in a time where technology is defining what it means to be human, and I passionately believe that our future should be built by people from all walks of life. My new role will allow me to help lower those barriers and make careers in tech as inclusive as possible.”

Mat has worked in a range of sectors and businesses with extensive commercial experience leading finance departments and other support functions, driving strategy, performance and building outstanding finance teams. Prior to joining Travel Counsellors, Mat was CFO at Cawood Scientific and Concept Life Sciences. 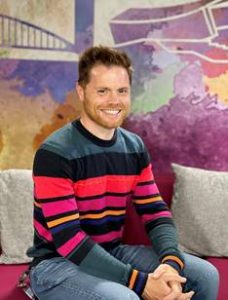 Steve Byrne, CEO of Travel Counsellors, said: “Mat has completely bought into the company’s values and will play a key strategic role in driving and supporting the next phase in the company’s growth.

“Mat will be an outstanding leader within the TC community and of the finance team who play such an important part in the company’s success and supporting our travel counsellors. His background and experience across a range of different sectors will add considerable value to the finance team and business.”

Mat said: “I grew up in the North West and it is an exciting time to join a Manchester-based technology company that is leading the way in travel. Travel Counsellors has that unique mix of a technology business coupled with the personal touch and has a fabulous platform to scale further.

“This is a highly effective business model and I am delighted to have joined this successful, caring, forward thinking community. I am really looking forward to supporting colleagues in our talented finance team and help them develop, build career opportunities for all and ensure the business has the finance team, systems and platform to scale effectively.”

North West law firm Woodcocks Haworth & Nuttall Solicitors (WHN) has made a senior addition to its commercial property team with the appointment of Daniel Boulton.

Daniel joins WHN, which operates eight offices across Lancashire and Greater Manchester, as a director from Harrison Drury Solicitors where he worked for six years.

With 19 years’ legal experience, Daniel has honed his craft in commercial property law and is highly skilled in dealing with all aspects of both residential and commercial development work.

In his new role, based at WHN’s Blackburn office, Daniel will work alongside housing developers and commercial property investors on new developments, as well as supporting owner-managed businesses and SMEs through the transactional process of buying, selling and leasing property. 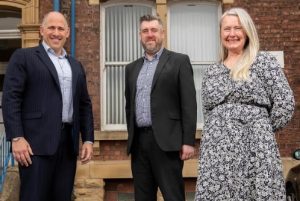 His new remit will also see Daniel, who lives in Penwortham, spur WHN’s commercial property team to growth and enhance the firm’s presence across Lancashire.

Originally from Wigan, Daniel completed his training contract at a Manchester practice before qualifying as a solicitor in 2005. He held positions at Lockett Loveday McMahon Solicitors and Napthens Solicitors prior to joining Harrison Drury in 2016, where he became a director in 2019.

Daniel said: “I’m really excited to be joining the WHN team. It’s a forward-thinking law firm with traditional values that has a great reputation in the area for delivering excellent client service.

“There’s lots of potential for growth here, and I’m looking forward to bringing my expertise to the firm to help expand the team further.”

Michael Shroot, CEO of WHN Solicitors, said: “Daniel is a highly skilled legal professional who we’re delighted to have on board. His refined skillset and breadth of commercial property expertise sets him apart, meaning he’s the first person from outside of the firm that we’ve taken on as a director straight away. I’m confident he’s got a long and successful career ahead of him at WHN.”

Daniel graduated from the University of Leeds in 2001 with a degree in accounting and finance, before completing a law conversion course at Leeds Beckett University.

Chester-based full-service B2B marketing agency, The Armstrong Partnership, has announced a new director of CGI and video, as well as two new account directors, following a number of internal promotions.

Former account managers Becky Small and Katie Roberts become account directors, while Ed McIver becomes director of CGI and video, after overseeing the agency’s 3D and animation department for the past six years and growing the team to 11.

The agency is also investing in new talent across digital, client services and business development, following positive growth in 2021.

Chief executive, Daniel Owen, said: “Armstrong is continuing to invest in our team, new talent and technology as we continue to enhance our support for our customers across the world. 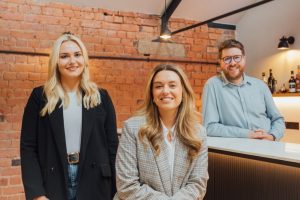 “Becky, Katie and Ed have played a vital role in our success, further developing our client relationships and helping guide the creative teams towards delivering some of the best quality work we have ever produced. They thoroughly deserve these promotions, all three are integral to the business and I am excited to see what the future holds for them at Armstrong as the business continues to grow.”

CGI and video have become favoured with Armstrong’s industrial clients, particularly those involved in automation and technology, and Ed aims to integrate the agency’s work further, expanding the agency’s offering to its clients. He said: “Being able to integrate video and CGI is a really exciting opportunity and will allow us to create a new client offering.

“It also aids our customers’ sustainability ambitions as we no longer have to transport machinery all over the world for a shoot. We can composite animated products and technology into real footage, which saves on time, transport and ultimately reduces carbon emissions.”

Founded in 1991, The Armstrong Partnership delivers brand strategy and development, creative services, digital, and CGI and motion projects for its international B2B client base. Clients include Kawneer, Encirc, Bucher Emhart and SORG.

Liverpool Chamber has recently appointed a new vice-chair and three new non-executive directors to its board.

Chris Waine, has been appointed as vice-chair following the resignation of Sue Grindrod, who had held the position since 2019. Chris is a director at specialist construction, property and management consultancy Hive Projects and an existing member of the chamber board. 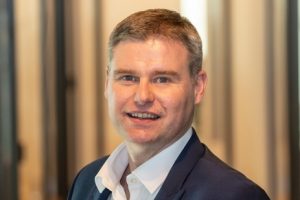 They will support the board of directors in delivering continuous improvement at the chamber, which has undertaken significant change in the past 18 months. Changes include relocation to a new office and a restructure of the membership scheme to reflect the city’s changing business landscape, leading to a record number of new members and patrons.

Chris Waine said: “The chamber continues to evolve and more than ever it is playing a crucial role in supporting businesses at a time of economic volatility. I look forward to working with the existing chamber team and the new members of the board. Exciting times ahead.” 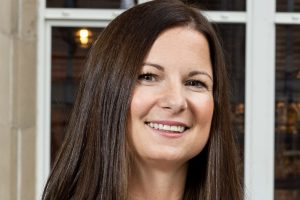 Sean Keyes said: “Sutcliffe has been a long time supporter of the Liverpool Chamber. I will continue supporting the Liverpool City Region. Undoubtedly, there will be many challenges and exciting opportunities ahead, which I look forward to.”

Rob Aitken said: “RSM has been keen to support the work of the chamber in recent years. I have always enjoyed working with and developing local businesses and I see the chamber as playing an increasingly important role in the local economy as it seeks to maximise the opportunities for the Liverpool City Region.”

Neil Ashbridge, chair of Liverpool Chamber, said: “Our new vice-chair and non-executive directors bring a wealth of experience across a range of sectors and each has a rich knowledge of the local, regional and national economy, as well as the ecosystem that underpins enterprise.

“We also say thank you to Sue Grindrod and Liam Jones, who both step down from the board. Sue and Liam made an outstanding contribution to the chamber’s development over recent years and helped to cement its role as the trusted voice of business in the city region.”

A North West housebuilder has welcomed a new chairperson to its board. Bernard Rooney, who has an extensive background within the housing industry, takes up the role after retiring from housebuilder Barratt Homes after 42 years.

Since joining Barratt in 1981, Bernard worked in several roles, most recently as regional managing director, a position he has held for 11 years.

Looking after the housebuilding operations of Barratt Group’s central region, Bernard has been responsible for five divisions – two in the North West, two in the West Midlands and one in Cardiff.

Bernard joined Prospect Homes as a non-executive board member in February 2021 and will chair his first board meeting in August, taking over from former chair Paul Newbold. 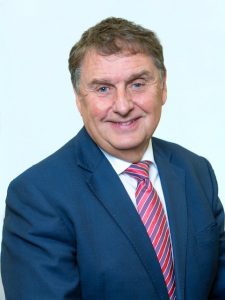 He said: “Initially I had planned to take up the role of chair in June 2021, but my retirement was put on hold for 12 months. I am very pleased to now be able to accept this position.

“I am looking forward to building on Prospect Homes’ reputation, to support the wider objectives of a private house builder controlled by a social enterprise, I hope my experience will benefit the team.”

Prospect Homes is part of the Riverside Group and all profits from sales of new homes are given back to the parent company to invest in social value initiatives and communities across the UK.

Nigel Yates, managing director of Prospect Homes, said: “We have ambitious growth plans here at Prospect Homes, plans achievable thanks to our continued financial backing and support from the Riverside Group.

“With Bernard’s extensive knowledge and experience of the industry he will provide valuable support and bring new ideas which will benefit both our customers and the team.”