International, independent real estate consultancy Hollis has made four key promotions, including one to director, and an appointment at its Manchester office.

In Manchester, Dan Roberts has been promoted to director after seven years with the firm. Roberts is head of Hollis’s workspace consultancy, specialising in Cat B office fit-outs and also heads up the project management team in Manchester.

David McBride, head of Hollis in Manchester and Liverpool, said: “Dan, Ben, Elliot and Karl have each shown an exemplary level of work ethic, commitment to excellence and an innovative mindset, taking every opportunity to develop their own skills and help grow the business over the years.

“The fact that three of those promoted began their careers with Hollis is a testament to the firm and its culture of learning and growth.”

Zaw Lwin joins the Manchester office as an engineer. Lwin specialises in designing mechanical HVAC systems for both residential and commercial properties and will work alongside the project and design team to implement these systems across a range of commercial, industrial and warehousing projects.

He will also work closely with the operations team on TDD Surveys, MEP inspection surveys as well as helping to solve on-site technical issues for clients.

“His industry expertise will be invaluable as we look to bolster our client offering in Manchester and Northern England. We are delighted to welcome him to Hollis and look forward to seeing his career flourish.”

Home security company, SimpliSafe, has appointed Leanne Roddy as its new UK HR Manager. This new hire follows SimpliSafe’s vast expansion in the UK after setting up its head offices in Spinningfields, Manchester.

Founded back in 2006 in the USA, SimpliSafe has become one of the fastest growing independent home security brands and expanded its operations overseas, launching in the UK in 2019.

Since then, the home security brand has been busy building its UK team, now consisting of more than 50 employees across several departments including customer support, sales, fulfilment, marketing and HR. The appointment will see Leanne develop the HR department, working across the business to help the organisation grow and meet business objectives. 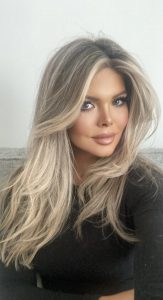 With more than eight years’ experience and background in the human resources industry, Leanne began her career in the interior design and construction sector, before moving to the Manchester Airport Group as a senior recruitment and vetting co-ordinator.

At SimpliSafe, Leanne will sit within the senior leadership team and take over the recruitment department, also ensuring the internal developmental needs of all employees are fulfilled. Her core focus will be assessing rewards and benefits for employees and putting in place learning and development strategies that allow employees to excel and grow within the business, working alongside the team in the US.

Jonathan Wall, SimpliSafe UK general manager, said: “Here at SimpliSafe UK we are expanding rapidly and continuing to hire new staff across our UK business. Leanne brings a wealth of expertise to the role having worked across several sectors and is already bringing new knowledge and vision to the business. I look forward to seeing how she will grow our team of outstanding, talented, and hard working people, as well as welcoming new employees.”

Bury-based Wing Mirror Man, a supplier of wing mirrors to the public and trade, has taken on three new staff to support recent growth in sales.

David Murphy, 47, joins as trade sales manager. David, who has previously worked for American Golf, BT and NEC, is responsible for responding to quotations from trade customers such as car, van and truck leasing and hire companies, car body repair shops, car dealers, and MoT centres.

Kirsty Lewis, 45, has joined as customer support lead. Kirsty, who is also a self-employed personal trainer is responsible for responding to requests for quotations from the public on various sites such as Breakerlink, Parts Gateway, and First Choice. She is also responsible for after sales care for public customers. 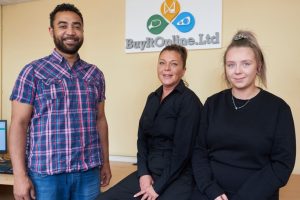 Megan Sheen, 23, joins as a sales assistant and deals with telephone and email enquiries from both the public and the trade. She was previously a care assistant in a nursing home.

David said: “My focus is to promote the benefits of Wing Mirror Man to large public sector organisations such as the NHS, councils, ambulance services, police services, and housing associations, who have a fleet of cars and vans and may need a reliable and affordable supplier.”

Joshua Speed, business development manager at Wing Mirror Man, welcomed the new recruits, saying: “They all bring valuable experience and skills which will help us to provide an even better service to our customers. We are also pleased that we have been able to recruit three people from our local area, too, as we always try to employ from our local area wherever possible.”

Wing Mirror Man was started in 2006 and supplies virtually every make and model of wing mirrors for cars, vans and motorhomes to customers in the UK, Ireland and Europe.

As part of the ongoing development of the firm, Clarke Nicklin Chartered Accountants has expanded its Cheadle Royal-based team. 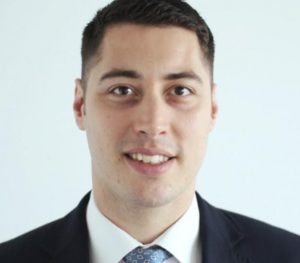 John joins the business with a wealth of knowledge and experience and will be working alongside Clarke Nicklin’s two tax partners focusing on managing the tax compliance of the business, while assisting with tax advisory work. He said: “I’m thrilled to be joining Clarke Nicklin as the business is at an exciting point of growth and has a unique value proposition and strong foundation.” 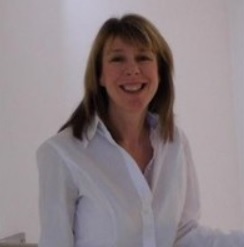 Certified FCA, Beverley has an abundance of experience within accounts and audit. She has more than 19 years’ experience working as a senior audit manager and audit director. Beverley has been working on the internal accounts for the practice, monitoring ongoing monthly and quarterly basis and ensuring all financial compliance is being met.

She said: “It’s great being part of an ambitious and forward-thinking business.”

Andrew Baggott, managing partner, said: “It’s a busy time at Clarke Nicklin, as our portfolio of aspirational business owners continues to grow. By expanding the team and taking on new and talented individuals, we’re able to offer an even greater level of service to our clients.”

Blackpool Airport has strengthened its team with the appointment of three new independent non-executive board directors for Blackpool Airport Operations Ltd (BAOL), who bring with them a wealth of aviation expertise and knowledge. 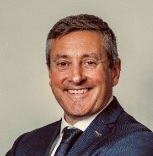 Matt Williams is a finance director for Northern Rail and leads teams across finance, IT, procurement, legal, internal audit and business insight.

A Chartered Accountant trained at Deloitte, Matt worked for United Utilities and then in the nuclear sector. In 2013, he joined Manchester Airports Group as finance director of Stansted Airport then Manchester Airport before swapping planes for trains in 2020 as he started his current role at Northern. 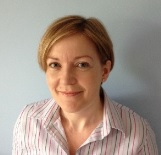 Karen Whelan has a lifelong interest in aviation which has encompassed a B.Eng in Aeronautical Engineering, 26 years working for BAE Systems’ AIR sector business and gaining a private pilots Licence. Karen is also on the BAOL employment committee.

She brings two decades of experience running all aspects of aviation engineering projects and holds a Masters Degree in Business Administration. She is also a trustee of the Association of Project Management, a charity with a Royal Charter, and her local Parochial Church Council. 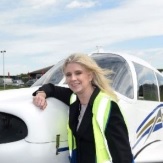 Described by Aviation Business News as ’busy and brilliant’, Karen started her career in financial services working for companies including Natwest, Swiss Re, Zurich and Capita before diversifying into housing and care, then joining aviation.

Cllr Gillian Campbell, chair of BAOL, said: “Between them there is a wealth of aviation and business experience that will be invaluable to the airport as we embark on a new chapter to cement its future as a strategic transport hub for the North West and secure its long term, sustainable economic growth.”

North West property consultancy, Legat Owen, has unveiled a raft of new starters and promotions across the firm. 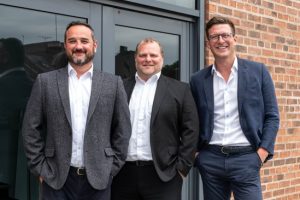 The firm, which has offices in Chester and Nantwich, has also made a series of new appointments including Simon Crabtree as a consultant in management and Robert Ikin as a senior consultant.

Laura Bell McMillan has joined the retail and roadside team and Cameron Barry and Hari Major have joined as graduate surveyors. Rhiain Dowding has joined the management accountancy department.

Matt Pochin, director at Legat Owen, said: “In a market where finding talent is increasingly difficult, we are thrilled to have recruited and further bolstered the teams across our eight departments. I’d also like to congratulate both Mark, Sam and Ben who have been with the firm for many years and have always strived to provide a first class service for our clients.”