Revenues at Runcorn-based workwear and hospitality industry textile business, Johnson Service Group, have soared, according to a trading update released today for the six months to June 30, 2022.

It revealed that sales hit £176.2m, compared with £99.6m a year ago, reflecting, in particular, the continuing recovery in the group’s HORECA (hotel, restaurant and catering) business.

Workwear revenue increased slightly to £66m (2021: £64.5m) and JSG anticipates a further increase in the second half.

HORECA volumes in the second quarter were 91% of normal. Total revenue in the six months to June 30, 2022 was £110.2m (2021: £35.1m). The group said it continues to see an encouraging pipeline of new business opportunities comprising both new sites from existing customers as well as new customers and it expects to install further customer locations in the coming months.

Cost inflation, in respect of energy in particular, persists. JSG has continued to proactively trade in the energy market when appropriate, such that 89% of its anticipated gas requirement, and 50% of its anticipated electricity requirement for the remainder of this year, is now fixed at prices significantly below the current day ahead rate.

It said it continues to secure and implement price increases across its customer base which, along with additional volume which will better utilise its labour resource and improve processing efficiency, will help offset cost inflation and it will continue to take appropriate mitigating actions as necessary.

Based on its assumption that volumes follow the normal seasonal pattern over the coming months and are not impacted by a reduction in discretionary spending, the group expects the full year outturn to be in line with current market expectations.

The board’s current intention remains to re-commence dividend payments at the time of the interim results announcement on September 1, 2022.

Anexo Group has announced that Mark Bringloe is stepping down as a director and chief financial officer and will be leaving the group to pursue other opportunities.

Mark joined the Liverpool-based specialist integrated credit hire and legal services provider, with offices in Bolton and Leeds, in 2009 and helped lead the business through its successful IPO in 2018.

He has been instrumental in building the finance function and embedding financial systems within the business. He will remain with the group on a consultancy basis for an initial period of three months to ensure a smooth transition. The board said it thanks him for his significant and valuable contribution and wishes him well with his future endeavours.

It added that the position of chief financial officer will be filled by Mark Fryer who will join the group on August 1, 2022. Mark brings a significant breadth of financial expertise across a broad range of both listed and private companies. The board intends to appoint him as a director on completion of the necessary AIM Rule requirements.

Most recently, Mark held the position of group finance director at Augean, a UK specialist waste management business, where he joined the board in December 2016. Prior to this he was group finance director of Dialight and Manganese Bronze Holdings. He also held the position of interim chief finance officer of two private equity-owned businesses, Bridon International and Nualight.

Alan Sellers, CEO of Anexo, welcomed Mr Fryer to the group, saying: “His considerable experience of both public and private companies will be of significant help to us as we continue to grow the business and seek to create value for all shareholders. I would also like to thank Mark Bringloe for his major contribution to the group’s development.”

Mark Fryer said: “Anexo is a unique business with an excellent reputation and a robust business model which has proved its worth over many years. I look forward to contributing to its future growth.” 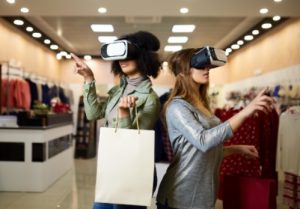 Pernille, aged 56, has extensive board and senior level financial and commercial experience across a number of sectors, including IT services, and in both internationally listed and private equity-backed businesses.

She is currently chief financial officer and executive vice-president of NNIT A/S, one of Denmark’s key IT and consulting services providers, and a non-executive director of Gabriel Holding A/S, the fabrics manufacturer, and Brødrene Hartmann A/S, a packaging manufacturer.

Pernille began her career as an accountant at Arthur Andersen in 1988, and holds an MSc in accounting and an MBA from Copenhagen Business School.

Tom Crawford, chairman of K3 Business Technology Group, said: “Pernille brings substantial additional financial and commercial experience across a variety of sectors, as well as significant knowledge of IT services and involvement in growth-focused companies. We very much look forward to working with her.”