Ryan joins from Myerson Solicitors. Prior to that, he worked in Co-op Legal Services’ probate department for five years. He will report into Nicola Finbow who is a partner at the firm and head of its private client team.

Ryan studied for a Bachelor of Laws degree at London Metropolitan University where he attained a First-Class Honours. He then completed his Legal Practice Course at The University of Law in 2019.

His new role will see him focus on the drafting of wills as well as estate administration, grant applications, inheritance tax returns, deputyships and lasting powers of attorney.

Ryan said: “At my first interview, it became quickly apparent that Clough & Willis was a firm that had established roots in the local community and shared my strong client-focused way of working. I wanted my next career move to reflect my values and I knew instantly the fit was right.”

Nicola Finbow said: “Ryan has a great track record in the private client sector and is committed to delivering an unwaveringly high level of client servicing. That approach, along with his technical knowledge, really stood out so we are delighted to welcome him. I’m confident he will become an integral part of the business.”

Sebastiano Siddi is the latest senior addition to the team at Nelson Hotels & Inns, heading up Grosvenor Pulford Hotel & Spa near Chester as the newly appointed general manager.

Grosvenor Pulford Hotel & Spa, situated between Chester and Wrexham, boasts 75 bedrooms, a luxury spa, and two restaurants. The hotel is the flagship venue of Nelson Hotels & Inns, an award-winning collection of family-run hotels, inns, and restaurants across Cheshire. 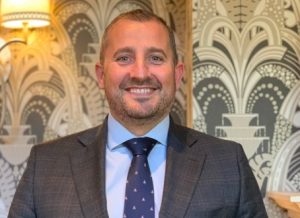 Before joining the Grosvenor Pulford Hotel & Spa, Sebastiano was an integral team member at the Wynnstay Hotel and Spa in Shropshire. Joining as deputy general manager, he soon became the hotel’s general manager before advancing into the role of director, managing responsibility for the hotel’s strategic direction. Key achievements included increasing the hotel’s rating to four stars and obtaining two AA Rosettes for fine dining.

As he takes on this new role, Sebastiano is looking to improve the overall guest experience at the hotel, using his 25 years of experience to help polish the team’s service to ensure guests receive a memorable visit.

He said: “Our team always provides an impressive and attentive service but there is always room to improve this by offering regular training and internal communication. I believe it’s all about remembering what hospitality is about, to make people feel welcome, wanted and make sure we cater to their needs in the best possible manner throughout their stay.”

Andrew Nelson, director of Nelsons Hotels & Inns, said: “Sebastiano’s years of experience and expertise will be invaluable in guiding our exceptional team and elevating our hospitality offering even further, as we continue to grow the Nelson Hotels and Inns family.”

As part of the group’s ambitious future plans, Nelson Hotels & Inns is set to expand onto the Wirral this winter with the launch of its fifth venue, a restaurant and wedding and events barn in Greasby.

Miller Homes has announced a restructure within its North West team based at Birchwood Park in Warrington.

After five years at the helm, Ian Smith has recently retired from his position as managing director of the region and will be succeeded by a restructured senior team. 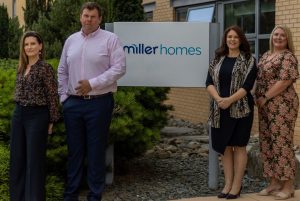 Following Smith’s retirement to spend time with his family and to travel, David Brackley, who has also been with the business for five years, has been promoted to regional operations director from technical director.

Sales director for the North West, Clare Noakes is taking on wider responsibilities to support Brackley and the management team in addition to her core role. In order to ensure the sales team maintain their successful track record, Leanne Feeley has been promoted to head of sales and will be responsible for the day-to-day management of the sales teams, while still working under Noakes’s leadership.

Nikki Burns has been with the homebuilder for two years and has been promoted to technical director taking on Brackley’s previous role.

Stewart Lynes, chief executive at Miller Homes, said: “I’d like to thank Ian for the energy, effort and enthusiasm he has instilled across the region during his tenure. I’m also delighted to see David, Clare, Leanne and Nikki step into their new roles and take our North West office into its next chapter of growth.”

The appointments come as Claritas accelerates its growth and expands its operations which now includes more than 14 key tax service lines.

Gavin said: “I am proud to become part of the exciting award winning journey that Claritas are on. Having spent the last 17 years working in management roles across a variety of formats and service areas in UK leading supermarkets, a new challenge and direction was much needed.

“I am relishing the opportunity to spread my wings and take on a totally new challenge and delighted to have joined such a welcoming and thriving team.” 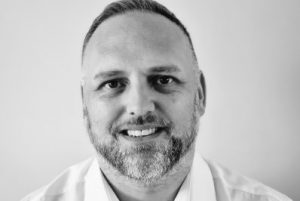 Iain Wright, partner at Claritas Tax, said: “Expanding our business development team was a natural move for us given the recent growth and success of the firm. Our growth has especially been driven after this year’s recognition as the Best Independent Consultancy Firm in the UK by Tolley’s Taxation and after being named by Inspiring Workplaces as one of the Top 50 Inspiring Workplaces in Europe.

“We see untapped opportunities to offer our expertise and advice to more businesses across the UK and are thrilled that Gavin has joined our team to help us expand our reach and help us with our growth strategy.”

Matt Hodgson, partner at Claritas Tax, said: “We have a tremendous team here at Claritas and we are at an exciting stage in our growth. To nurture our success and expand on it, Claritas needs to continue to attract, develop and retain the best talent. Gavin will be instrumental in the growth of the company, and we know that he will be a great addition to our ever-expanding team of professionals.”

Mat Worrall, senior business development manager, said: “Gavin will be reaching out to the SME market to help businesses claim tax reliefs that they are eligible for. Given the current economic climate, this is vitally important for businesses. Gavin has got off to a fantastic start and I believe he will be a real asset to the business.”

Seal-Driver will support a growing core team of 17, including co-founders Asif Ghafoor and Adrian Fielden-Gray, to take the business through a period of accelerated growth that will see the network expand within and far beyond its current heartland in the North West. Its plans for the network include the construction of 50 multimillion-pound EV charging superhubs over the next three to five years.

Before joining Be.EV, Seal-Driver spent more than a decade reimagining transport, from car and bike sharing to electric chauffeur services. He’s held a number of executive roles in this space, scaling up disruptive businesses that are backed by some of the biggest players in automotive.

In his role as entrepreneur in residence at Jaguar Land Rover, he founded electric chauffeur service Havn, which was later acquired by Daimler-backed Blacklane. He’s trustee of Como UK, the charity for shared transportation. 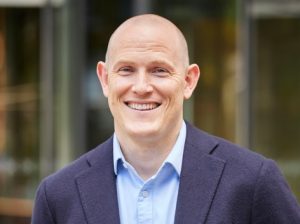 Joseph Seal-Driver said: “Having run fleets of electric vehicles, I know how important reliable, safe and accessible charging is to EV adoption and how crucial this is to the decarbonisation of our transport system. The team I’ve joined is impressive and has a great pedigree.

“They work in long term partnerships with organisations to develop charging locations that improve the local environment, rather than just installing kit and walking away. That approach really appeals to me. And as a new father, I want to work in a sustainable business and build something that I can be proud of in the face of the climate emergency.”

Asif Ghafoor, CEO of Be.EV, said: “Joseph joins at a crucial time for the business as we enter a phase of accelerated growth. Our ambitious plans for the network are fast becoming a reality and Joseph will help us deliver for our growing number of drivers, but also for all future EV drivers in the North and beyond.”

Adlington Retirement Living has welcomed Gareth Davis to its land team, as part of a move to expand southwards.

Gareth joins the Southport-based business as land director with more than 22 years’ experience in the development sector, 11 of which were spent specialising in the retirement living sector with Churchill Retirement Living and McCarthy Stone. 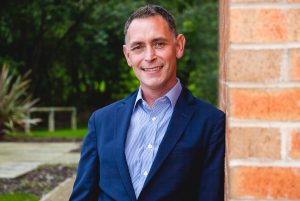 Gareth said: “I am tasked with sourcing land parcels of 1-4 acres in the south and south-east, leading me from Bristol, through Oxfordshire and Berkshire all the way over to Hertfordshire and Cambridgeshire.”

The new appointment is part of a move to scale up the Adlington Retirement Living land team as part of its growth strategy. Since 2009, the business has launched 14 independent retirement communities across the North West, Yorkshire, Wales and the Midlands. Having already grown to three sites every year, the family-owned and run business is now looking to achieve six new retirement community sites a year.

Dr Ed Gladman, managing director, said: “We’re growing our team as part of our commitment to make that happen. In the past five years we have grown from 45 employees to a team of more than 120, including our in-house land team, planners, architects, designers, construction team, and sales and marketing colleagues.”