Marta Kuliga and Geraldine Wharton join the litigation department, as a solicitor and associate, respectively, while Khuram Iqbal joins as a real estate associate.

The appointments come following a period of significant success for the firm, including a partnership with global supercar brand BAC Mono, the opening of a new office space in central Liverpool and multiple hires across various departments.

The trio of hires will see the firm add further knowledge to its growing team, making progress on its ambitious growth strategy for 2022.

Geraldine Wharton has joined the firm’s commercial litigation department and her specialties include shareholder disputes, debt claims and defamation proceedings.

With more than 10 years of litigation experience gained both at high street and international firms, Marta Kuliga works over a variety of commercial dispute claims.

Khuram Iqbal will be working alongside Simon Baxter to help deliver quality advice to clients and drive transactions to completion.

Daniel Thomas, head of litigation, said: “It’s fantastic to see how far our litigation team has come. Over the past few years, we’ve significantly expanded in line with growing demand and really cemented ourselves as the go-to litigation solicitors in the region.

“It’s great to welcome two new members to our commercial litigation team. Both Marta and Geraldine have extensive experience that will help us continue offering our clients the high quality service they’ve grown accustomed to. I have no doubt that all three new hires will settle into our firm quickly and bring excellent results to the table.”

The company behind the creation of a unique energy market just for renewables has bolstered its workforce. 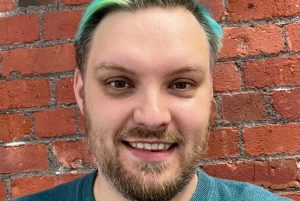 It comes as the energy technology company continues with a Series A fundraise.

Dr Somayeh Taheri, UrbanChain CEO, said: “It’s great to now have both Steven and Rebeka in the team.

“They join UrbanChain during what is an exciting period in our evolution and I’ve no doubt that they will add further value to our operations and client base as we continue to grow.” 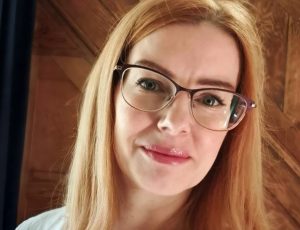 Steven, who used to work for Yorkshire Gas and Power, joins Manchester-based UrbanChain from Yu Energy where he was senior trading and forecasting analyst. He said: “Joining the team as operations manager is a proud moment for me.

“The cutting edge technology UrbanChain has at its disposal is enabling change in the energy industry for the better. And I look forward to helping the company grow and further evolve.”

Rebeka is an experienced business development and sales professional and has worked for companies including Capita and Schneider Electric. She said: “UrbanChain’s proposition is a strong and relevant force for good. And its growing client base represents this.”

Fletchers Group has restructured its 60-strong serious injury team as it sets its sights on significantly increasing its contribution to the firm’s ambitious growth plans.

Caroline Morris, partner, has been appointed into a new role of director of serious injury, reporting to chief legal officer, Adrian Denson, who said: “Our serious injury team is 60-strong and deals with cases of the utmost severity and complexity. It is already a marquee team within Fletchers Group. As the rest of our business has grown, we want to enhance the contribution to group revenues from our serious injury book, and it’s great news for us and our clients that Caroline will oversee our renewed focus in this sector.”

The announcement follows on shortly after the recent news that Blume will become part of Fletchers Group, after its acquisition by Sun Capital, the group’s owners.

Fletchers also acquired medical negligence experts Minton Morrill in September, and has grown its share of the cycling injury market via its investment in Cycling SOS and partnership with We Are Cycling UK. 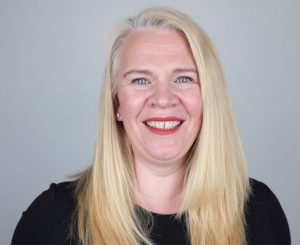 Denson added: “A key focus for Caroline will be growing our share of the cycling injury sector, and we also intend to further improve our relationships with trauma centres and charities that specialise in helping people with serious injuries.”

Kirsty Thomas, who has been at Fletchers for more than a decade and was promoted to head of charities and partnerships in May, will act as a bridge between the legal and marketing teams leading the networking and partnership strategy for the business. Newly-appointed partners, Gerard Horton and Julia Eyton, and team manager Michelle Heyes, complete the senior leadership team.

Caroline Morris said: “Heading up the serious injury team is a compelling opportunity and I am confident that we can accelerate our market presence.

“Growth also means people, and I am keen to recruit the best talent into our team, which is based in Manchester as well as our main office in Southport.”

Morris said she aimed to double the size of the serious injury team to 120 by 2024, adding: “We have a substantial office in Manchester and whilst many of our serious injury team are based out of Southport, a growing number now work flexibly out of Manchester. Building out our presence in Manchester, and simply being more vocal about the size of team that we have there, will be a big help in attracting talented fee earners to the group.”

Caroline has been with Fletchers Group since 2017 and was made partner in 2022. She is a Fellow of the Charted Institute of Legal Executives qualifying in 2006. Prior to joining Fletchers Group, Caroline spent 20 years at Serious Law, where she fulfilled a number of different roles, including her final role at the Bolton-based firm as a senior fee earner in the catastrophic injury team.

Stockport-based OCU Group, parent company of O’Connor Utilities and Instalcom, is further strengthening its senior leadership team with the appointment of a non-executive chairman, David Taylor-Smith, who brings almost 30 years of leadership experience to the business.

After leaving the Army in 1989, David specialised in business transformation and growth, in leadership positions in several companies in the UK and abroad. David has significant experience within B2B contracting and services firms, having held senior executive roles at several blue chip businesses, including G4S and Aggreko.

Most recently, David was group CEO of facilities services group PHS, where he implemented an improvement plan that saw record growth over three years, and significant improvements to the firm’s cost and productivity.

Since leaving his role at PHS, David has increased his involvement with charitable work and is currently an adviser to The Royal Hospital Chelsea and to the CEO of the military charity React. 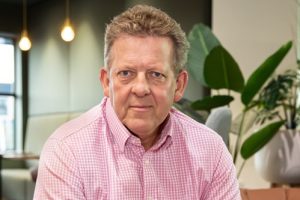 David’s appointment comes following a sustained period of growth at OCU, with further growth expected. In his role, he will provide clear strategical support to the board, ensure that risk is suitably managed and provide oversight on the performance of management against key objectives and the values of the company.

He said: “OCU is going through a hugely positive period of growth so being part of the team driving this forward is really exciting. I’ve had a really varied career to date and been heavily involved in the significant growth of several h businesses so I’m extremely interested in seeing how I can support OCU’s ambitious future plans.

“There’s so much opportunity in our industry right now, especially as we head closer to net zero and sustainability becomes an increasing focus for firms. I look forward to seeing how we can share our expertise in the renewables space and support growth with some of the UK’s leading power and telecoms providers.”

David’s new role follows the appointment earlier this year of Michael Hughes as group CEO and news that OCU had been acquired by Triton Partners, one of Europe’s leading investment firms. Michael Hughes said: “2022 has been a transformative year for OCU and we’re focused on continuing to evolve while taking advantage of strategic opportunities in our core sectors. To do this successfully, we need to have a very strong team in place. That’s why I’m excited to have David join the team, bringing with him decades of experience that will benefit OCU.”

A healthtech agency has appointed a chief medical officer to help implement the next stage of its growth strategy as a consultant.

Redmoor Health was founded in 2017 to support health and social care staff to deploy technology and now employs 30 people.

Dr Rahul Goyal has 14 years’ experience of working in digital healthcare, including being involved in several digital transformation projects around electronic health records, shared care records and a patient information portal in the UAE.

Redmoor Health, which is based in Chorley’s Strawberry Fields Digital Hub, is on track to hit £4m turnover for the current financial year and has just received a ‘significant investment’ from Palatine Private Equity.

CEO and founder, Marc Schmid, said: “This is an exciting time for Redmoor Health as we are working with NHS partners across the UK to design new and innovative ways to support health and care teams to deal with the challenges of increased demand and an ageing population. 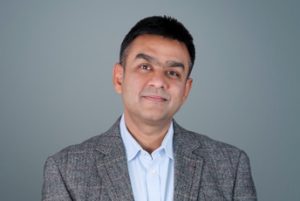 “We are constantly looking for good practice, not just in the UK but also overseas and we see Rahul as bringing valuable knowledge and expertise to help us with this journey.”

Although he has spent much of the last eight years working in the UAE and leading one of the fastest rollouts of shared care records, Dr Goyal has continued working as a GP during his regular trips home to Chorley. He took up his new role this month and said: “I’m hugely excited by the opportunity to work for a dynamic, forward-thinking company like Redmoor Health.

“Redmoor Heath came to my attention for the work they’re doing in primary healthcare, and I hadn’t realised they were based in Chorley. I was surprised to see a homegrown company covering the length and breadth of the UK.”

Dr Goyal’s medical career started as an ophthalmologist at Manchester Royal Eye Hospital before he followed in his parent’s footsteps and became a GP. He’s worked as a partner at both The Village Practice in Thornton Cleveleys and Library House Surgery in Chorley, where his interest in digital healthcare took off. 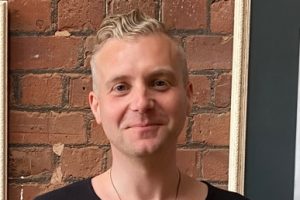 The bolstered team will be key in helping Steamhaus to continue its growth trajectory, with the company on track to meet 45% expected growth during the FYE August 2023.

Natalia Marek said: ‘‘I have known about Steamhaus from attending industry events and always felt they looked like an organisation that would nurture people and provide opportunities. As an AWS consultant at Steamhaus, I’ll be working directly with clients, providing them with guidance and recommendations on AWS best practices for their use cases, as well as assisting in events and training organised in partnership with AWS. I’m thrilled to join the team.’’

Manchester-based Steamhaus has also recently secured B Corp accreditation, providing global organisations with the assurance that the company meets the highest standards for social and environmental performance.

Daniel Faraday-Foster, Steamhaus managing director and founder, said: ‘‘We formed Steamhaus in 2015 to help businesses that needed to scale quickly – and we now find ourselves in a similar situation. The growing adoption of cloud computing and DevOps methodology has created an increasing demand for the specialist expertise and experience we offer.”

Steamhaus is currently one of only 14 computer programming services in the UK to hold B Corp status.