Isle of Man-based Strix Group said today that it expects its adjusted profit after tax for the full year to be around £23m, due to the ongoing lockdowns in China. And it warned that these uncertainties could continue into 2023.

In a trading update today, the AIM-listed kettle controls, appliances, and water purification and disinfection solutions group, said that, in recent weeks it has become increasingly evident that the disruptive effect of the state-enforced lockdowns, while relatively short in length, have adversely impacted two of its top five major OEM (original equipment manufacturer) customers, with further disruption anticipated.

As a precaution, Strix has reinstated its secondary warehouse to minimise any disruption with its own shipments.

December remains a significant period for the group, due to the active trading ahead of the Chinese New Year public holiday when a number of its major customers and suppliers cease operations for a period.

Strix said it continues to maintain its strong market share position in kettle controls and is outperforming the market in the appliance and water categories. In addition, Strix said it has a strong balance sheet and it has significant financial flexibility for the medium term to navigate headwinds and deploy capital consistent with allocation of capital priorities.

The group announced the takeover deal, worth a total of £38m, on October 5.

Billi is a leading brand supplying premium filtered and non-filtered instant boiling, chilled and sparkling water systems with manufacturing based in Australia.

It has a successful history of growth with a double-digit revenue CAGR (compound annual growth rate) over the past five years and strong cash conversion. The acquisition materially accelerates Strix’s growth plans for its water and appliance categories and provides an entry into the high growth and strategically important hot tap market.

The takeover deal was funded by a new long term loan and a £10m share placing. 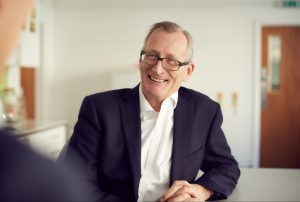 Carr’s Group, the Cumbrian agricultural and engineering business, has appointed Tim Jones as non-executive chair designate, with effect from February 1, 2023.

Subject to election by shareholders, he will take the role following conclusion of the company’s AGM, which is expected to take place in February 2023.

Peter Page will then relinquish the role of executive chair, held since October 2021, and take up the role of chief executive, as previously announced on August 5, 2022.

Since 2012, Tim has served as non-executive chair of Treatt, the LSE-listed manufacturer of natural extracts and ingredients, where he developed a board and leadership team which has overseen substantial long term growth in shareholder value. He is due to stand down at the company’s AGM in January 2023.

Tim is also chair of Allia Charitable Group, a social impact financier and catalyst, which he initially joined as chief executive in 2002. In 2022, Tim was appointed chair of SP-Logistics Holdings Limited, a multinational clinical trials logistics organisation trading as the Oximio Group.

His appointment follows an external search process led by the senior independent director, John Worby. Tim has been assessed as independent by the board. On becoming non-executive chair, Tim will serve as nomination committee chair and as a member of the remuneration committee.

He said: “I am delighted to be joining Carr’s at this immensely exciting point in the company’s development. Both the speciality agriculture and engineering divisions are industry-leading businesses, and I very much look forward to helping guide the company, supporting long term value creation for its shareholders and wider stakeholders.”

Peter Page said: “I am very pleased that Tim is joining the board of Carr’s as non-executive chair as we start a new phase in the company’s development, focusing on the substantial growth opportunities in speciality agriculture and engineering. I look forward to working with Tim and all members of the board to build shareholder value over the coming years.”

John Worby said: “On behalf of the board, I am pleased to be welcoming someone of Tim’s extensive experience, which spans a range of industries and roles, and I am confident that Tim’s knowledge and guidance will be invaluable to Carr’s as we pursue our growth agenda.”

Mayors call for TransPennine to be stripped of its franchise