He has warned that he will call on the Department for Transport to remove Abellio from the franchise if “WMT do not restore a reliable service by midnight on January 31 2020”.

Street said: “The service currently being provided by West Midlands Trains is, quite simply, woeful.

“The problems on our region’s railways have been dragging on for months and, despite many promises from WMT, show no sign of improving.” 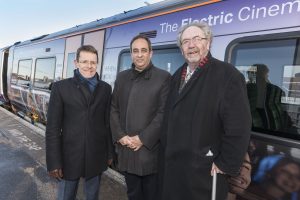 In a series of Twitter messages this morning, Street said: “Rail services should be accountable to the people they serve. Therefore I’ve asked DfT to devolve control of rail to me (& my successors) as Mayor.”

Street’s intervention chimes with similar calls from the Mayors of Liverpool and Manchester city regions, who have been vocal in their dissatisfaction with the performance of Northern Rail.

All three metro-mayors are facing re-election next May and will be keen to be seen to show leadership on an issue that is likely to get worse when the bad winter weather arrives in the weeks ahead.

Street’s 2017 manifesto pledged a “faster commute by 2020” across the road and public transport networks.

He said the service provided “continued to be unacceptable” despite last week’s timetable change and he had now “lost all faith in West Midlands Trains’ ability to run our network under the current system”.

West Midlands Trains has operated the franchise since December 2017 and has more than six years remaining. Its performance is jointly overseen by the Department for Transport and a local body, West Midlands Rail.

WMR serves the local network of more than 110 stations from Shrewsbury to Stratford-upon-Avon. LNR operates from Liverpool Lime Street to London Euston, with two different routes through the region before the lines come together again at Rugby.

The current service provided by West Midlands Trains is 🔴🔴🔴WOEFUL🔴🔴🔴. I have lost all faith in WMT's ability to run our network. If not sorted by midnight 31/01/20, I will formally ask @transportgovuk to STRIP WMT of the franchise. READ MY MESSAGE TO RAIL COMMUTERS 👇 (1/3) pic.twitter.com/Tk1n3iWYVv

Blues hit back over ‘unacceptable’ conditions for...